When South Dakota Gov. Kristi Noem addresses the Republican National Convention on Wednesday, the theme of the evening will be “Land of Heroes.”

But whatever Noem says in her remarks, she will remain somebody who smilingly approved a gathering of nearly half a million people who were in some ways worse than cowards.

Cowards run away from danger to save themselves. But people who gather in huge numbers largely without masks or social distancing in the middle of a pandemic prove themselves happily willing to risk the lives and well-being of others.

The approximately 450,000 who assembled for a biker rally in Sturgis spoke of freedom and personal choice. But they were not just risking their own lives, as many of them do when they hop on a Harley without a helmet. Not to wear a mask is to place people around you at risk, who in turn place others at risk, who in turn do so to others.

Do not let all those American flags fool you. The Sturgis rally was not about being free. It was about being monumentally selfish.

To put it in terms of this brand of supposed patriotism: My country, ‘tis of ME!

‘I Have 12 Masks’: Teacher Stuck Between Rogue Guv and Biker Shitshow

As of Tuesday, eight states—South Dakota, North Dakota, Minnesota, Nebraska, Wisconsin, Wyoming, Montana, and Washington—had reported 103 cases of COVID-19 that had been traced back to the Sturgis rally. And that was likely just the start.

“We’re expecting that we’re going to see many more cases associated with Sturgis,” Kris Ehresmann, infectious disease director at the Minnesota Department of Health, said on Friday when announcing the first 15 rally cases in her state. “Thousands of people attended that event, and so it’s very likely that we’ll see more transmission. Obviously, it takes a while for people to develop symptoms and get tested and for us to get those results.”

By Tuesday afternoon, the number in Minnesota had more than doubled to 35. One was somebody who worked at the rally. Another played in a band there. The rest were described as “attendees.”

She added, “We’re likely to see additional cases of secondary transmission; ‘I traveled to Sturigis, but now I’ve exposed someone else.’”

So, it is an all but sure thing that the virus will continue to spread as a result of the rally in South Dakota—and that more infections will be arising even as Noem’s speech is aired.

Some of Noem’s defenders point to the absence of publicized COVID-19 cases tied to a largely maskless gathering at Mount Rushmore on July 3. But that was a single-day event involving only 7,500 people, held exclusively outdoors.

The Sturgis rally ran for 10 days, with an estimated 442,500 more in attendance, with much of that time spent in concert halls and bars. The South Dakota Department of Health (SDOH) was reporting as of Monday that there were 37 infections traced to the rally in-state. One was an employee of Asylum Tattoo on Main Street in Sturgis. Asylum appears to have immediately taken down its social media sites. But an SDOH notice remains online listing the days and long hours (10 a.m. to 2 a.m.) the employee worked as a reference for people who think they might have been infected there.

Meanwhile, even as her own state health officials were posting such notices about two other Sturgis establishments, Noem was tweeting irresponsible nonsense.

“Science says we can’t stop the virus from spreading,” she tweeted, as if it were true. “That’s why we do what we can to care for our vulnerable population.”

In another tweet, she said, “Our fight against #COVID-19 isn’t over. We’ll continue to see cases, and we’ll keep taking smart steps and exercising personal responsibility to protect our most vulnerable.”

What science does say is that the virus can be largely stopped from spreading when aggressive testing is combined with basic precautions, which include masks and social distancing.

“As I’ve told you many times, together, we will get through this,” she said in another tweet. “Together, we’re proving that we can.”

And she is not done with large gatherings. She has announced plans to hold “Governor Noem’s Sportsmen’s Showcase and Concert,” with country music star Chris Young playing before as many as 13,000 people in a Sioux Falls arena. The concert is intended to augment the annual “Governor’s Hunt” of pheasants.

“South Dakota is home to the best pheasant hunting in America,” Noem told the press at the July 31 announcement. “We’re adding the Sportsmen’s Showcase and Concert to make this event bigger and better than ever before.”

As if “bigger” made any sense these days.

By her own account, Noem understands from her father the sense of invincibility that can lead people to take risks. She was 21 and married and pregnant with her first child and away at college when she was suddenly called back to the family ranch in South Dakota. Her father, Ron Arnold, had sought to clear a clogged 50,000 bushel grain bin and fell in while his teenage son watched.

“He was the kind of guy who could do anything,” Noem later said of her father to a local reporter. “He was indestructible. We had spent our lives watching him do crazy stuff, and have all kinds of crazy stories about him. So you just never thought he could ever get hurt or anything could ever happen to him.”

She herself wrote in an op-ed, “My dad didn’t expect to die on March 10, 1994. He was young and vibrant, but that day, he was moving too fast… People came quickly, ripping apart our grain bin to ﬁnd him… Despite their best eﬀorts, my dad died in the hospital that night.”

She left college to keep the ranch running. That led to her becoming active in several agricultural organizations and that led her into politics. Her first campaign ad was about her father. She wrote the op-ed in 2017, when she was running for governor, and it was largely about estate taxes and the family’s struggle to hang onto the ranch, but she also gave witness to the enormity of such a tragic loss.

“I’ve spent the last 23 years without my dad,” she wrote. “He didn’t get to meet my kids or see how we were able to grow the family farm. He didn’t get to see me elected to Congress. And he’s not going to be there when his granddaughters walk down the aisle.”

He also will not be able to hear her big RNC speech. All that only deepens the mystery of how Noem—or indeed anybody—can shrug away thousands of COVID-19 deaths so that people can eschew masks and social distancing in what they call an exercise of freedom but is really worse than cowardice.

By the time Noem speaks on Wednesday night, retired school counselor Linda Chaplin of Sturgis expects to know if she tested positive for COVID-19 after the rally.

Back on June 10, Chaplin gave a speech of her own, at a hearing preceding the vote by the Sturgis City Council on whether to approve the rally.

“It is my deepest conviction that this is a huge, foolish mistake to make to host the rally this year,” Chaplin warned. “The government of Sturgis needs to care most for its citizens.”

A poll of Sturgis residents found that 60 percent were in favor of canceling this year’s rally. The city council went ahead and voted to authorize the road closures and traffic adjustments that would enable the rally to proceed. Mayor Mark Carstensen argued that the bikers were going to come anyway.

That was when Noem could and should have stepped in. She instead ignored the risk assessment that her own state health department posted regarding public gatherings:

“Highest risk: Large, in-person gatherings where it is difficult for individuals to remain spaced at least 6 feet apart and attendees travel from multiple areas.”

In private recognition of the risk, Chaplin stayed away from the rally. She continued to observe all the precautions, but there were hundreds of thousands in Sturgis who did not, and there was no way of being sure to have avoided infection. She reports that she knows two Sturigis residents who tested positive. And she has a son and a daughter who are teachers, as well as grandchildren who are students. All will be at risk when the schools reopen on September 8.

On Monday morning, Chaplin went to the drive-in testing facility that was set up in the parking lot of a city community center in the aftermath of the rally. She was told that the results would be available in 48 hours.

“They said it would appear on MyChart,” she told The Daily Beast.

Statewide on Tuesday, there were only 216 tests, with 80, or more than a third, coming back positive. Should Chaplin be among the positive results on Wednesday, it will not be because she was careless or selfish.

Thus spoke someone who is a true citizen of the Land of Heroes that the Republicans will seek to evoke on Wednesday, when Noem speaks.

Back at the July 3 event at Mount Rushmore that Noem set in motion and Trump stage-managed, an array of military aircraft roared overhead to symbolize the power of our national defense. But the upturned faces were bare of what our best scientists say is essential to protecting ourselves and the country during the pandemic.

Afterwards, Noem gave Trump a 4-foot replica of Mount Rushmore in which our current president had been added to George Washington, Thomas Jefferson, Theodore Roosevelt, and Abraham Lincoln. Trump’s bare face will forever be that of the president who scoffed at wearing masks and led millions of others to do the same as the virus spread.

Noem and the rest of the GOP can say whatever they want—Trump still comes up as worse than a coward. If you want a real American speech, pull up the one on YouTube of Linda Chaplin addressing the Sturgis City Council. 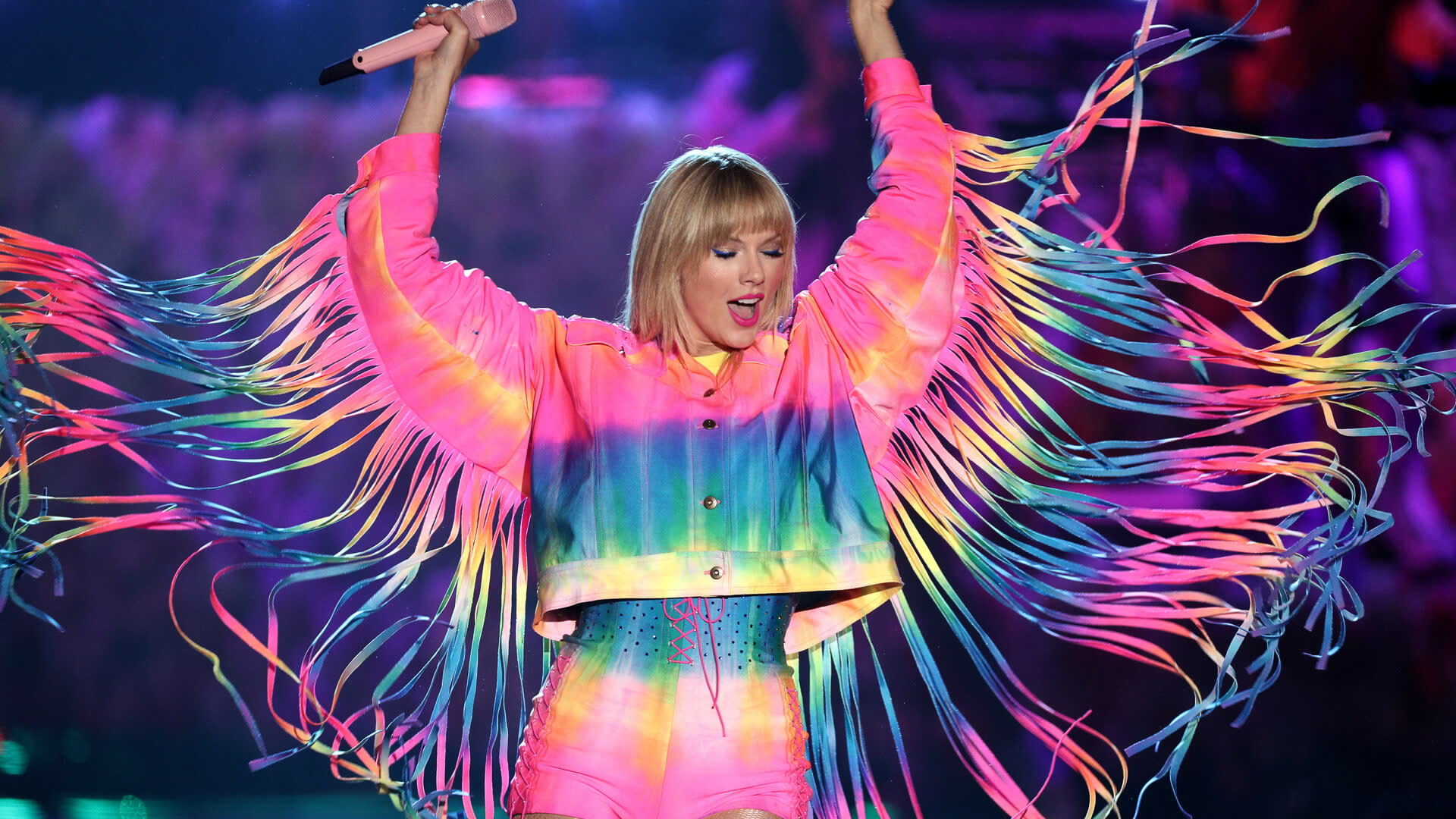