After the COVID-19 shutdown one year ago, Santa Maria’s Recreation and Parks Department saw revenue losses in the hundreds of thousands of dollars, leaving staff wondering how crucial community programs would be funded.

Although revenue remains almost nonexistent, even now, the department has found creative ways to continue serving the community with several new, COVID-safe programs over the past year.

In a presentation to the Santa Maria City Council on Tuesday, Recreation and Parks Director Alex Posada said the department usually receives programming revenue of around $265,000. Since the new fiscal year began in July, overall department revenue from programming and additional funds from the city’s General Fund is down about $290,000.

“This past year we’ve been unable to put anything out there that is marketable, as far as charging a fee goes. We’re hearing a lot from residents that they can’t afford to pay a fee right now, or that’s not a priority for them,” Posada said.

While youth and teen programs are usually free, adult programs like lap swimming cannot operate without some sort of fee, he said.

Only 4% of the department’s total funding comes from fees, with the majority subsidized by the city’s General Fund, which also is recovering from severe pandemic-induced revenue losses.

Thankfully, Posada said, the City Council voted during the summer budget cycle to retain some funding for ongoing department programs and projects rather than cutting them off.

Low staffing has also made operations challenging over the last several months, Posada said. The department is retaining several vacancies after the retirement of longtime employees, with younger staffers stepping up to the plate to take on more responsibilities, Posada said.

Throughout it all, the department has been able to provide several new recreation programs both online and in-person, with more expected to come as restrictions on youth sports and other programs begin to lift.

In-person programs like bubble soccer, drive-in car bingo, and paddleboard yoga have been grown quite popular, with most classes filling up immediately, Smitherman said.

In addition, suggestions from the public have led to the creation of over 80 instructional videos on the department’s YouTube page, focused on guitar and ukulele lessons, chess for beginners, various take-and-make crafts, at-home workouts and more.

Along with recreation programs, the department’s parks staff completed a variety of city projects, according to Assistant Director Brett Fulgoni. Among the projects are Preisker Park’s inclusive playground, the renovation and reopening of Russell Park, and pickleball courts at Hagerman Sports Complex.

Looking ahead to future projects, Fulgoni said the department expects to begin construction on Chapel Plaza in the summer and Veterans Memorial Park in the fall, the latter of which will include a parking lot, pavilion and stage for events.

In addition, crews are continuing structural improvements to the historic Smith-Enos House, to be followed by indoor redesigns and beautification, he said.

Thu Mar 4 , 2021
We’ll take any excuse to make dessert. Wednesday? Cupcakes. Only hit snooze once? Cookies, coming right up. Thawing out from winter’s permafrost and saying hello to spring? Now that’s an occasion worth celebrating with sweets. In honor of a new season (and the return of our farmers market favorites), here […] 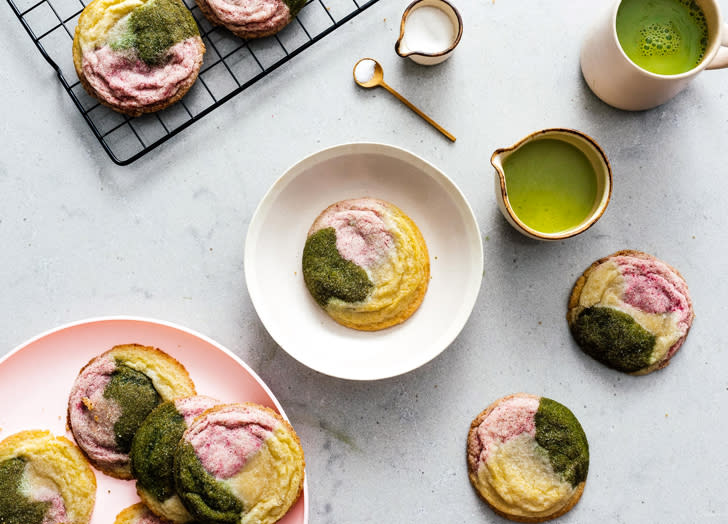