The synopsis for Ready Player Two has been revealed. Author Ernest Cline took part in a New York Comic-Con panel earlier today with actor Wil Wheaton, where he spoke about the upcoming book. Ready Player One was adapted for the big screen by Steven Spielberg, which was almost too perfect of a pairing in the eyes of most Cline fans who had read the book more than once. However, like most movies based on popular books, there were some changes.

Ernest Cline’s Ready Player 2 hits the shelves on November 24th and it will not be based on anything from the Ready Player One movie. Instead, this is a direct sequel to the first book, that takes place only days after the first installment. While Cline could not go into details about the story, he did unveil the official synopsis, which you can read in part below.

“Are you ready? Days after winning OASIS founder James Halliday’s contest, Wade Watts makes a discovery that changes everything. Hidden within Halliday’s vaults, waiting for his heir to find, lies a technological advancement that will once again change the world and make the OASIS a thousand times more wondrous – and addictive – than even Wade dreamed possible. With it comes a new riddle, and a new quest – a last Easter egg from Halliday, hinting at a mysterious prize.”

Wade Watts was able to defy the odds and beat the villainous Innovative Online Industries (IOI) and find James Halliday’s Easter Egg, which gave him the entire OASIS in Ready Player One. His knowledge of 1980s pop culture helped him immensely on his journey, which will undoubtedly help him in the next part of his story. The Ready Player Two synopsis continues below.

“And an unexpected, impossibly powerful, and dangerous new rival awaits, one who’ll kill millions to get what he wants. Wade’s life and future of the OASIS are again at stake, but this time the fate of humanity also hangs in the balance. Lovingly nostalgic and wildly original as only Ernest Cline could conceive it, Ready Player Two takes us on another imaginative, run, action-packed adventure through his beloved virtual universe, and jolts us thrillingly into the future once again.”

This is the sequel that Ready Player One fans have been waiting for. As it turns out, Ernest Cline started writing Ready Player Two while the movie was being made for the first book. “I had to start writing the sequel last year while the movie was being finished just to stay ahead of the curve,” Cline said in 2018. “It’s a good problem to have, but if this movie does well, the following week they’ll decide whether or not they want to make Ready Player Two, and it occurred to me I should finish.”

Ernest Cline later admitted that he had always planned to make a sequel to Ready Player One, but the big screen adaptation put a fire under him to finish it quicker. “I’d always intended to write more in the series,” Cline added, “but I never imagined the movie would get done before I finished writing them. So, I had to kick it into high gear.” The movie was a modest box office success and one can easily see Ready Player Two getting the same treatment in the near future. Fans can pre-order Ready Player Two now and then watch the interview with Ernest Cline above, thanks to the New York Comic-Con YouTube channel.

Writer for Movieweb since 2017. Enjoys playing Catan when not writing about superheroes and Star Wars.

Fri Oct 9 , 2020
As Bird Rock Elementary School prepares to welcome a “very small” number of students to in-person learning Oct. 13 as part of the San Diego Unified School District’s first phase for reopening its campuses from coronavirus-related closures, it faces a “heartbreaking” reduction of more than 7 percent in its student […] 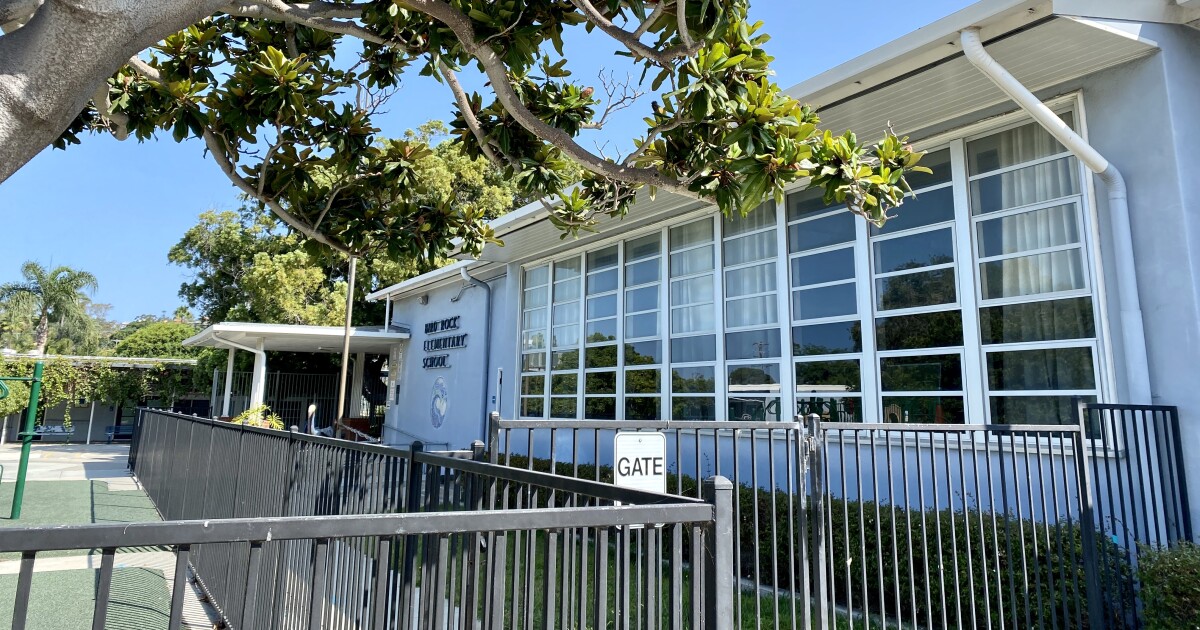