The $22,000 raise that the town council is expected to approve next month would pushing the third-year chief’s annual salary to $202,000, putting him more on par with his peers in nearby municipalities.

Strumolo will get back pay for the increase through this past March, which was when he was promised a raise, Mayor James Fife said. The pay increase was introduced through an ordinance at this month’s city council meeting.

“He’s worth every penny,” Fife said.

Most police chiefs in the county make more than $200,000. North Bergen Police Chief Peter Fasilis makes the most, with a salary of $251,160.

Meanwhile, Darnell Henry, the recently retired police chief of Newark — the state’s largest city — was earning $200,056 per year as of last December, according to the New Jersey public employees salary database.

At the time, the city said it couldn’t afford to pay him as much as other local chiefs because it had to pay out recently retired employees — including Strumolo’s predecessor — for unused vacation and comp time, Fife said. But the town promised Strumolo a raise as soon as it could afford to offer one, he said.

About six months ago, the city collected information about salaries of other local police chiefs to decide how much to offer Strumolo, the mayor said.

“We decided — the police commissioner, a police committee, along with me — that this is where we’d like to be with our chief,” he said.

Strumolo’s salary improved to $180,000 when the probationary period ended.

“Receiving the salary increase reflects the quality of the work I do,” Strumolo wrote in an email, “and the commitment of the town to provide fair compensation appropriate for a chief of police serving in a Hudson County municipality, such as this one, which includes a pro sports stadium, an active PATH station and all the challenges that are unique to an urban setting.”

“They’re doing great things in Harrison,” he said. “They’re keeping us safe. We’ve got a really young force right now, a lot of young guys who are out. I only have good things to say about the chief.”

Strumolo was a member of the department for 23 years before being sworn in as chief. He replaced retired Chief Derek Kearns, who he was was earning about $185,000 in 2017.

“I lead an exceptional group of highly trained men and women who are also committed to the community and to consistent engagement with our residents,” Strumolo said. “Our priority is to protect and serve our citizens with respect and dignity.”

The salaries for other Hudson County’s police chiefs:

Sun Nov 22 , 2020
Ashtyn Davis still doesn’t have a car in New Jersey. So every day, the Jets safety rides a bike to practice. The 2020 third-round pick has been staying at a hotel near the Jets’ training facility in Florham Park all season, so he has happily made the quick 10-minute rides […] 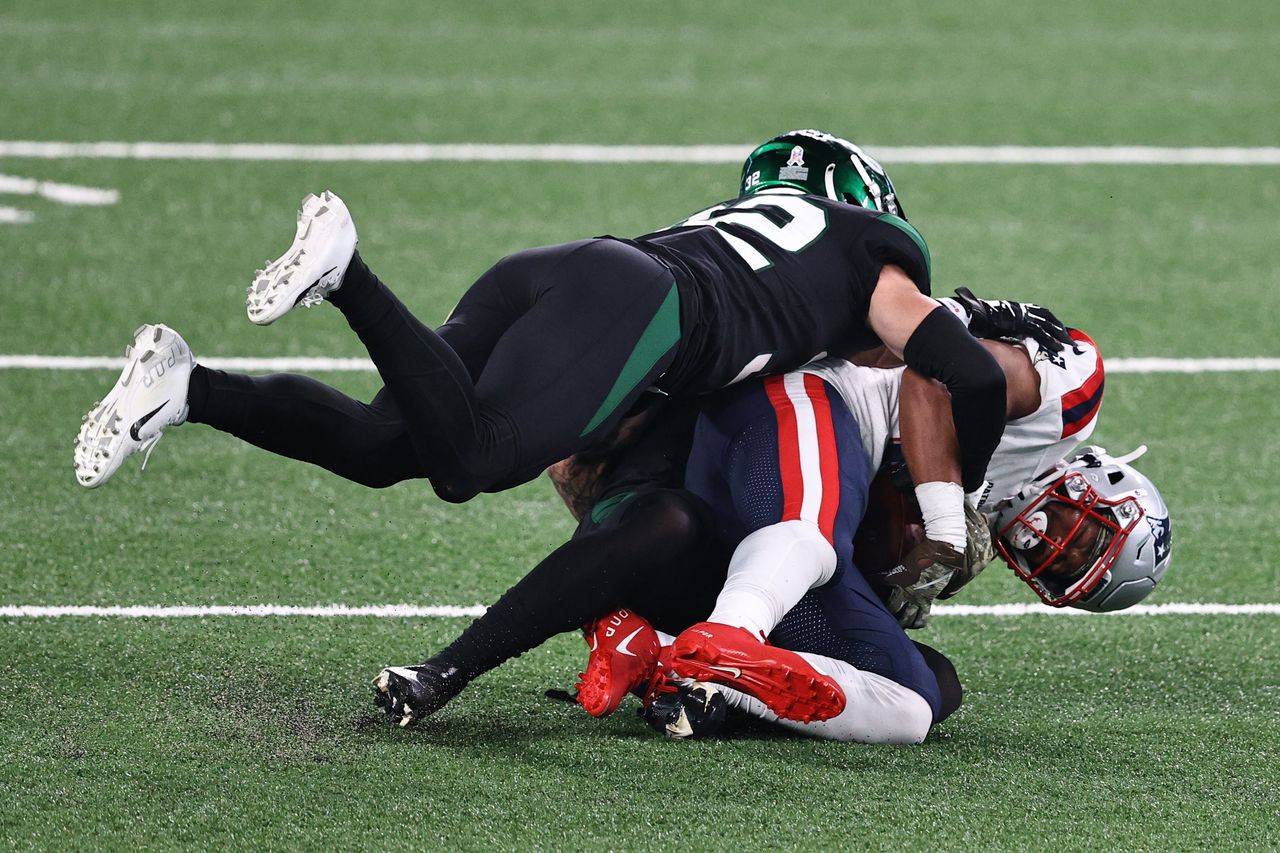