Historic dresses are on display in one of the galleries at Port Huron Museum’s Carnegie Center as part of its Threads exhibit. The museum is currently working with the city on a children’s exhibit. (Photo: Brian Wells/Times Herald)

Local leaders are ironing out details to bring a hands-on children’s exhibit to the Port Huron Museum’s Carnegie Center later this year.

But while the original set of structural features was centered around the Clifford the Big Red Dog character, city and museum officials said they’ll likely rebrand the exhibit to more thematically focus on Port Huron.

Last week, Nancy Winzer, Port Huron’s director of parks and recreation, said the exhibit will be managed by her department but displayed in the museum’s main floor gallery areas for kids in the community who need “something to do in those months when they can’t play outside.”

In an interview on Monday, Andrew Kercher, the museum’s community engagement manager, said once the children’s features are installed sometime next fall, they hope it keeps the museum busy, particularly during the winter months when other sites like the Fort Gratiot Lighthouse are closed.

He said the discussion with parks and rec also comes out of a bigger discussion between the city, museum, and other local stakeholders about the role the museum can play in the community at large.

“We want the museum to be seen as a useful asset for the community,” Kercher said. “… As an actual economic benefit for the area, we think that the museum does bring in a lot of people. Tens of thousands of people visit our sites in a normal year, and we think we’re a major draw to the area because when people come in to see … the lighthouse, (they) come up from Detroit. They will then go shopping downtown and (visit) a restaurant.”

Winzer admitted that the features may be geared toward primarily toddlers, but she said rebranding some of the features to reflect Port Huron buildings could help grab older kids’ attention, “so we’re teaching history, as well.”

it’d have structures like little houses, a post office, and a market for kids to play in.

“This was a really good find because we needed something that was going to be universal, that we could use in a lot of different spots in we needed to,” she said, “and we were kind of lucky to fall upon this.”

City Manager James Freed said part of the appeal of working with the museum was to find something for kids to “experience learning and at the same time have access to the entire facility.”

Kercher confirmed they’d touched on museum admission costs during another discussion on Monday, adding they’d “be working with the city parks and recreation to make sure the attraction is affordable and accessible for everyone in the city.”

Mourning clothes are on display in one of the galleries at Port Huron Museum’s Carnegie Center as part of its Threads exhibit. The museum is currently working with the city on a children’s exhibit. (Photo: Brian Wells/Times Herald)

The museum s filling its main floor galleries with a historical clothing-related exhibit through the summer.

“Threads: From the Wardrobe of Port Huon’s Past” features mostly women’s clothing, though from an array of eras over the last century and more. One area of the two galleries featured funeral attire.

There’s also a small military section and another for wedding dresses. Some of the men’s historical attire, Kercher said, is his.

Military uniforms are on display in one of the galleries at Port Huron Museum’s Carnegie Center as part of its Threads exhibit. The museum is currently working with the city on a children’s exhibit. (Photo: Brian Wells/Times Herald)

Kercher said most of the clothing items were already kept in the museum’s archives and prioritized for an exhibit after a 2020 pre-pandemic inventory that closed the museum for several weeks.

Since then, the museum official said they’ve had to find new ways to plan exhibits and events for visitors and an online audience impacted by COVID-19. Threads, he said, came together more quickly than the several months it typically takes to plan exhibits.

Wedding dresses are on display in one of the galleries at Port Huron Museum’s Carnegie Center as part of its Threads exhibit. The museum is currently working with the city on a children’s exhibit. (Photo: Brian Wells/Times Herald)

Admission is $10 for adults and $7 for students and seniors. Family admission for two adults and four children is $25.

Tue Mar 30 , 2021
Publisher Wired Productions and developer Nosebleed Interactive have announced retro arcade adventure game Arcade Paradise for PlayStation 5, Xbox Series, PlayStation 4, Xbox One, Switch, and PC (Steam). It will launch in 2021. Here is an overview of the game, via its Steam page: About Welcome to Arcade Paradise, the […] 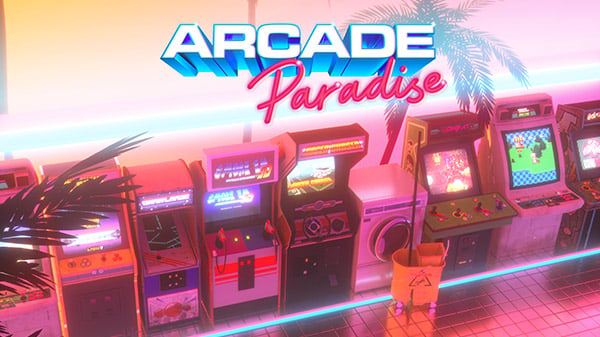