It’s nearly midnight as icy water rocks my kayak, perched precariously on top of Tomales Bay. In the distance, massive waves make echoes as they crash on the exposed coast of Point Reyes. Above, the sky opens up, bright on a cloudless night, illuminated by the Milky Way and the faint glow of San Francisco to the south. When I put my paddle into the water, it glows.

At just over two hours away from Sacramento, Point Reyes offers an ethereal break from the stay-at-home blues. Slip into the water and dive into another world.

“Tomales Bay is the only place on the California coastline where you can reliably see bioluminescence pretty much every night,” said Quentin Bentzin, a naturalist and kayaking guide at Blue Waters Kayaking. “I’m always blown away by how many people don’t realize this crazy bioluminesce is right in their backyard.”

I had the opportunity to paddle out to Marshall Beach in the middle of the night with seasoned guides from Blue Waters, an outfitter that’s been a staple in the community for generations. The adventure company specializes in bioluminesce tours on Tomales Bay.

Less than a decade ago, the phenomenon of bioluminescence would last only a few weeks every year. Today, due to warming waters and new agricultural practices, the phenomenon is visible on most moonless nights. Tiny one-celled organisms called dinoflagellates emit a bright, white-blue light when the water around them is disturbed, much like fireflies light up in summer skies. Collecting in the quiet tides of Tomales Bay, the tiny creatures illuminate like millions of little stars.

More than 40 different species of dinoflagellates live in Tomales Bay alone. However, only nine of these species bioluminesce. Although there are many theories as to why they illuminate, no one knows for sure why they do it.

Some scientists believe that dinoflagellates bioluminesce as part of an alert system, or the “burglar alarm” theory. The theory maintains that some species of dinoflagellates light up when nearby water is disturbed to indicate a predator might be attacking. This light then warns other dinoflagellates in the area of the danger. It might also attract the predator’s predator.

When dinoflagellates congregate in the open ocean, sometimes entire crashing waves can glow.

The visibility of bioluminescence in Tomales Bay depends on wind, weather, moonlight and other factors. Dark skies allow for the best observation of the bioluminesce.

Before You Go: Get to Know Point Reyes

“It’s a really nice community inside of the bakery,” said Zara Turkan, a certified sawyer turned baker. For those of you not in the forestry business, a sawyer is a chainsaw operator.

After working for Point Reyes National Park Service for the past five years, she joined the tight-knit staff Bovine Bakery. “We have a friendly staff and we get really nice customers,” she said. Turkan said locals, tourists and bikers alike flock to the bakery.

Turkan also recommends Side Street Kitchen for rotisserie chicken and sandwiches. Both Bentzin and Turkan recommended Cafe Reyes as the perfect haunt to hit after a day in the wilderness for locally inspired wood-fired pizzas and beers.

Plan ahead before you go, as many businesses close early in the park. Some landmarks may be closed or have limited open hours due to COVID-19.

“When you go to the park, be sure to respect the place,” said Turkan. “It’s a magic little world.”

Thu Mar 18 , 2021
Capitol Hill — Landmark legislation that would expand federal civil rights law to prohibit LGBTQ and gender identity discrimination in public accommodations received its first hearing in the Senate Wednesday more than five years since its inception and after recent passage in the House. Supporters of the bill — called […] 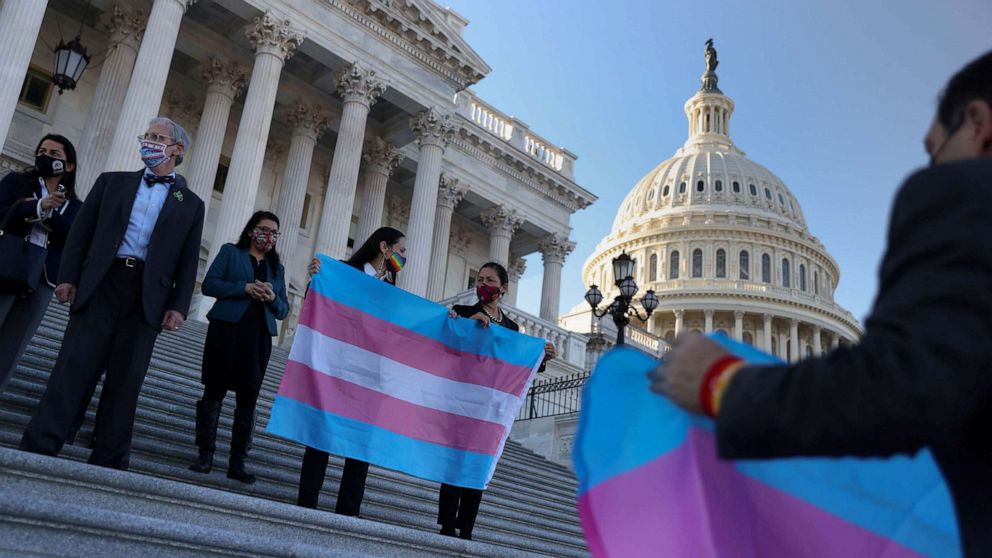