Municipal leaders weighed in Friday on a lifeline Gov. Tom Wolf proposed for the bar and restaurant industry a day prior, with some saying it might help businesses but also could take away from revenue at a time when every little bit helps.

Wolf, in a Thursday news conference at the LeMont Restaurant on Mt. Washington, announced he had asked the Pennsylvania Liquor Control Board to waive licensing fees for the more than 16,000 bars, restaurants, clubs and hotels for all of 2021.

He said the move would save the industry $20 million across the state next year, and he expects the PLCB to take up the issue at its next board meeting.

Restaurant and bar owners derided the move as a nice gesture but one that will do little to help an industry dealt a massive blow by the covid-19 pandemic.

The fees vary depending on the type of license and the population of the municipality in which the business is located, according to the PLCB. Twice yearly, the board returns a portion of those fees back to the municipalities, which then have flexibility in how they spend that money.

Elizabeth Rementer, a spokeswoman for Wolf, said that the governor’s office recognizes the effect on municipalities, but that “the far greater loss would occur if businesses have to close their doors because they cannot afford to stay open. The governor has proposed this plan as a means to provide immediate financial relief and is urging the Republican-led legislature to allocate CARES Act funding to provide direct support to small businesses.”

“It’s not a large part of our revenue, but any reduction is always concerning,” Monroeville manager Timothy Little said. “It lessens to an extent the services we can deliver.”

Oakmont manager Scot Fodi said losing out on the $3,400 the borough received in 2019 wouldn’t make or break the borough.

For perspective, he said, that works out to about two truckloads of rock salt. He said it helps that the borough has not been hit as hard as expected by the covid-19 pandemic, and he noted they have collected 99% of the expected property tax revenue heading into the fourth quarter.

He said any loss of money is unfortunate, but this loss “would not upend our fiscal condition.”

Westmoreland County municipalities have received $113,050 so far this year.

Winters, the Hempfield manager, said the township is starting to see some taxes trickle back in, but “there’s a lot of fees we’re not seeing because of everything, too — recreation and our building fees are down this year.”

Hempfield received about $15,000 so far this year, and Winters said if it comes down to it, he’d rather make up that hole in the budget than see restaurants close down.

“Then we lose property taxes or earned income tax,” he said.

“We’re not looking to give money away, but seems to me that it’s for a pretty good cause to support these local businesses while they get through these challenging times,” he said. “I think it’s certainly an honest effort to try to support businesses, and we try to do all we can here to support local businesses.”

'He did what he did'

Sat Oct 24 , 2020
Rudy Giuliani was pranked into a compromising situation by Sacha Baron Cohen’s journalist character Borat for a new movie. Now Baron Cohen is responding to Giuliani’s claims that the video was “a complete fabrication.” In an interview with Good Morning America Friday, the “Borat” star gave his perspective on the actions of […] 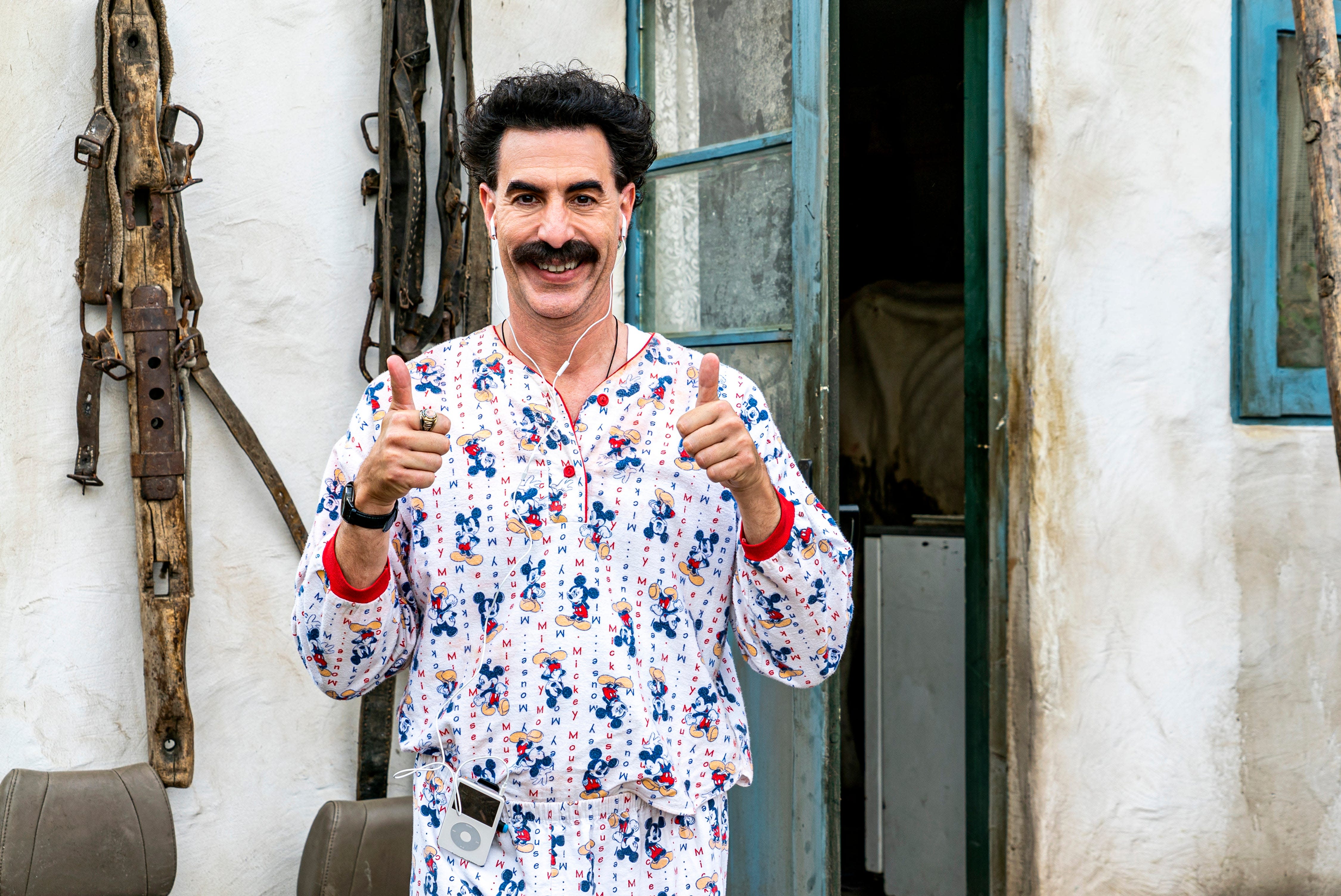