“To be very frank, Milan is not so sexy right now, it’s empty, it’s very depressing, but it’s like that all over the world,” Philipp Plein said over Zoom from a conference room in Lugano on the eve of the debut of his escapist spring 2021 collection film, a reminder of when the good times rolled.

You know when Europe fashion’s flashiest big talker and Hollywood hob-nobber is feeling it that times are tough.

Plein is eager to travel again himself. He’s been California dreaming since starting construction on a home in Bel-Air three years ago. And now, he’s committed to having his next in-person fashion show there when he can actually visit.

“I haven’t been back since January…I have people who are supposed to travel from Italy to finalize some work on it and they can’t get into the country…I have a new store on Rodeo Drive, I moved from the other side of the street, and I haven’t seen it yet,” he said, expressing high-end frustration.

Last season’s runway tribute to retired L.A. Laker Kobe Bryant just a few weeks after his tragic death in a helicopter accident ended particularly badly, with a social media backlash over Plein’s use of a helicopter in the show, and the bedazzled “Plein” 24 jerseys.

But the designer maintains he didn’t mean to offend. “I still think it was the right thing to do to make people aware of it. In Europe, you don’t have a huge amount of basketball fans, but the guy was such a positive person for so many people. And nobody at the show felt we were doing anything wrong,” he said, adding that celebrity guests Missy Elliott, Jada Pinkett Smith and Tyga wore the tribute jerseys and had no problem with them. (Plein has donated once to the Mamba and Mambacita Sports Academy and will do so again when the final sales of the jerseys have been tallied.)

Although Plein still characterizes himself as a positive person, he admits “our business has been absolutely stressed by COVID-19, and we have been hit in a way I can say that by the end of the year, we will probably have 25 to 40 percent off the top line.”

The lockdown of his 200 stores cost him a loss of 65 million euro. Wholesale orders canceling, and the loss of the pre-collection selling season, added to the pain. “We’re not able to recover — nobody is able to recover — sales normally generated in May and June. And people are seeing some lockdowns coming again, some cities are planning again to shut down.”

On the positive side, there’s Russia. “I have five stores in Moscow and we are 20 percent up due to people not being able to travel and spending their money in Russia. Same for Germany, we have a great business, I’m German, we have stores in Dusseldorf, Berlin, Munich and outlets. Business is up 25 percent compared to last year because people are not traveling and the economy is strong.”

But he remains worried about Southern Europe, where he said “business is a disaster. Italy, Spain, France, these are countries that don’t have a strong economy, and they are linked to tourism. If you come to Milan, Via Montenapoleone, we used to do in a good month 1 million euros, now we do 200,000, 175,000 or 150,000, so we are 70 to 80 percent down. Milan without Chinese, Americans and Russians…you have 70 percent of your business gone. In Madrid, South Americans aren’t there, so business there is down 70 percent,” he said, underscoring the continuing challenges for the luxury sector.

While online business is up, it’s not enough to offset the losses. “When you have retail you are exposed because you have rent, you have a lot of costs with maintaining the stores and the people working in the stores,” Plein said. “I will be curious to see how the landlords in the long term try to find solutions for us. New York is a city where rents are very high, people are not coming in to work, restaurants are empty. I have a house on 71st Street and it’s dead. People are staying at second homes if they have the money, and less of the traffic of the world is coming in every day. At a certain point, I don’t think the brands will be willing to pay these high rents in the future if the business is decreased.”

Like many, he’s looking at creative solutions. One will be a soon-to-be-announced partnership with the subscription-based social media platform OnlyFans, which has been around since 2016 but soared in popularity during the pandemic.

“We’re going to be the first brand to go on, and it will give us the opportunity to launch things ahead of time, and distribute content to give a closer look at designing and behind the scenes,” Plein said. OnlyFans has roughly 30 million users and 450,000 content creators, according to Newsweek, and is known for being used by sex workers because it allows them to upload adult content and monetize it.

Rising from pandemic, the business success stories of tomorrow?

Sat Sep 26 , 2020
On Feb. 16, Marissa and Adam Goldstein launched Rafi Nova, a company selling backpacks for adventure travelers. Sustainably sourced, using textiles woven by Hmong women in Vietnam paid at a fair-trade rate, the backpacks might have been a thing. But the pandemic hit and domestic and international travel ground to […] 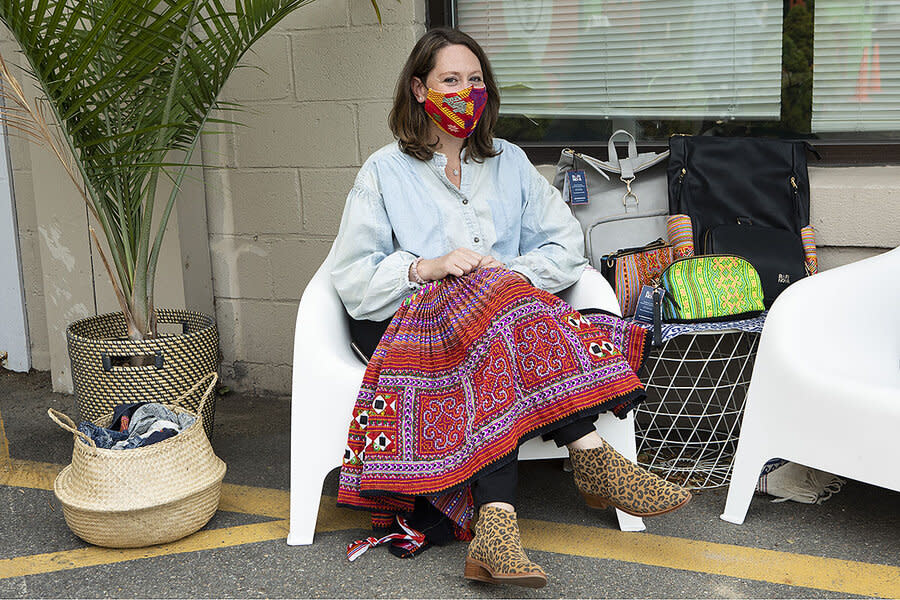