Rivers replaces Brett Brown, who was fired after the 76ers were swept out of the postseason in August by the Celtics.

LeBron James’s popularity, even in his 17th season, cannot be argued.

The NBA released jersey-sales and social media data Wednesday, with the Los Angeles Lakers’ star forward atop both lists. James had the top-selling jersey, measured by online sales through the NBA Store, for the period that started when the season resumed on July 30 through Monday’s end of the conference finals.

The top Heat player on the list was Jimmy Butler at No. 10.

The Lakers are also the top team in terms of merchandise sold through the NBA Store’s site, the league said, followed by Boston, Chicago, Miami, Golden State, Toronto, Dallas, Milwaukee, Portland, and Denver.

James also has added more than 4.1 million followers on his Twitter and Instagram accounts since games resumed July 30. Miami’s Tyler Herro was second on that list, adding nearly 800,000 followers to his social totals.

Herro, according to the NBA, saw the biggest increase in followers added — 41 percent — among all players during the conference finals. His Instagram total has nearly doubled since the season resumed, going from 990,000 to 1.7 million.

The NBA is on pace for more points in these playoffs than ever before.

The record for total points in a postseason is 17,719, set in 2014. The league was up to 16,900 going into Game 1 of the NBA Finals on Wednesday night — meaning, even if one team sweeps the other in this series, the clubs would have to average only 102.4 points per game for the total-points record to fall.

Heat coach Erik Spoelstra has always felt close to Chris Bosh, the four-time finalist with the Heat and two-time champion — someone who saw his career end prematurely because of blood clots.

Bosh and this Heat team have been particularly close; Bosh was a regular at games and even was with the team for some workouts before the season was suspended in March because of the coronavirus.

“We need that energy from our alumni,” Spoelstra said. “I’m not on social media, but I love it and I’ve heard some of it.”

Bosh knows what players are feeling at this time of year.

“If I could give any advice to the players participating in this year’s Finals — or anyone with any championship opportunity — it would be to not get too high in the wins, or too low in the losses,” Bosh wrote in his newsletter Wednesday, “The Last Chip.” “In the quest to accomplish great things, you have to anticipate that it’s going to be a challenge. And in that challenge, you have to accept that it’s not going to be easy.”

The Lakers — as the higher seed — were the home team for Game 1 of the NBA Finals, and they got a little taste of home on their way from the hotel to the arena Wednesday.

“We just sat in traffic for some soccer moms waiting to pull into a little soccer tournament,” Lakers coach Frank Vogel said. “So that didn’t feel like the NBA Finals.

The Larry O’Brien Trophy now comes with its own case — made by Louis Vuitton.

The NBA and the French fashion company struck a partnership earlier this year to make Louis Vuitton the official Trophy Travel Case provider for the league. The case was hand-crafted near Paris, has brass fixtures and is designed to both carry and display the trophy that’ll be presented to the NBA champions.

Continuing his pledge to work toward social and racial justice, Atlanta Hawks coach Lloyd Pierce and his wife Melissa will match up to $15,000 in donations to the Georgia Innocence Project.

The Pierces’ pledge applies to any donations made Friday in honor of Wrongful Conviction Day.

Pierce became one of the NBA’s most outspoken advocates in the midst of nationwide protests over the death of George Floyd while in police custody. He plans to keep up his off-the-court efforts even as he looks ahead to his third season as the Hawks coach.

Material from Associated Press was used in this report.

From more 'Schitt's Creek' to plenty of horror

Fri Oct 2 , 2020
There may be plenty of aspects of Halloween that are canceled this year, but horror is not one of them. At least that appears to be the case based on Netflix’s list of new October shows and movies, which includes the “Haunting of Hill House” successor “The Haunting of Bly […] 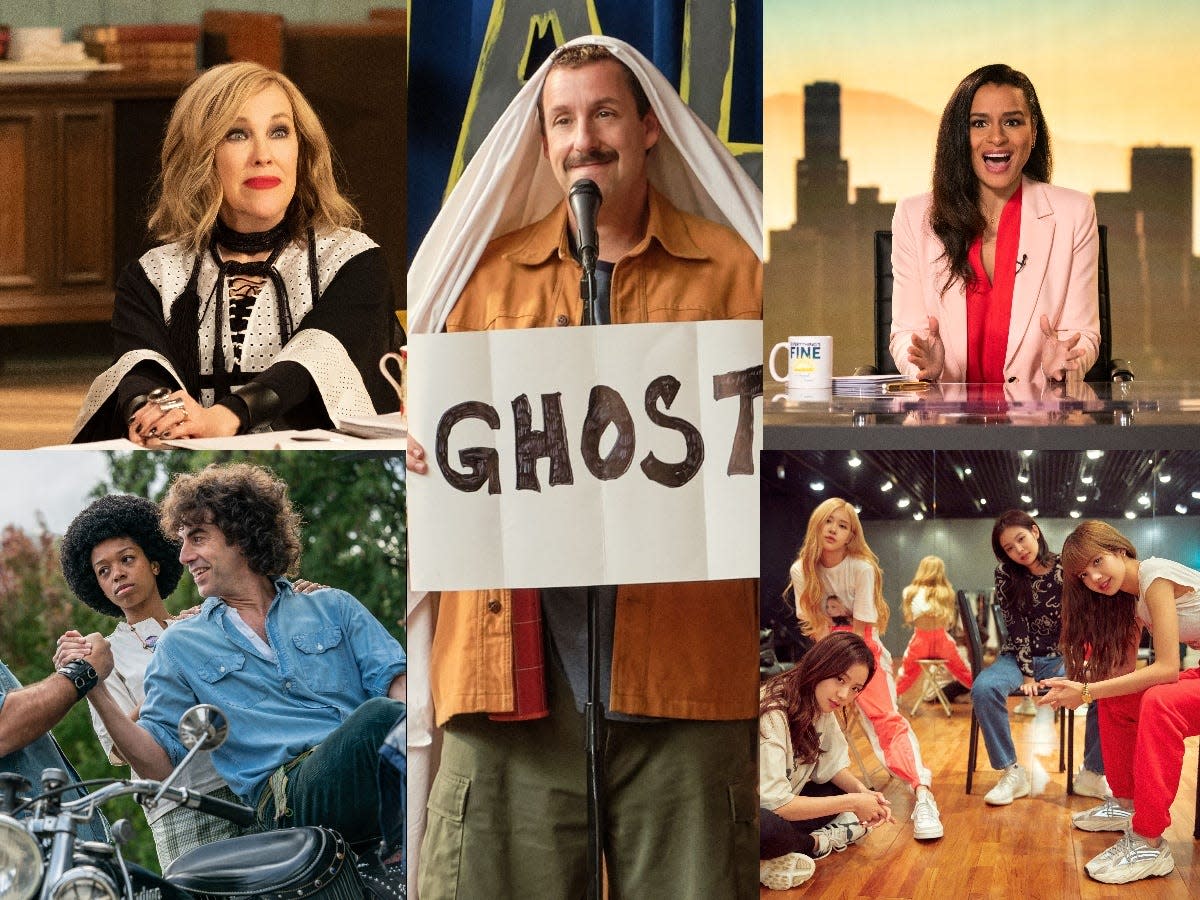