COVID-19 necessitates a bit of a change to Black Friday tradition. Here’s how stores are adapting to this year’s global pandemic.

During a challenging year, many small businesses in Escambia and Santa Rosa counties also are making plans to get shoppers in their doors or on their websites.

Employees at Buff City Soap in Gulf Breeze have been working steadily for a month to make enough product for Black Friday and the following weekend.

Jennifer Nolan, who owns the shop with her husband Jeff, said they’re even launching a new product ahead of the holiday shopping season, a soap mixed with body butter called Soap Whip.

“We’ve already seen (business) increase. A lot of people are coming in doing DIY creation station so their kids can make bath bombs to give as gifts to their grandparents,” Nolan said. 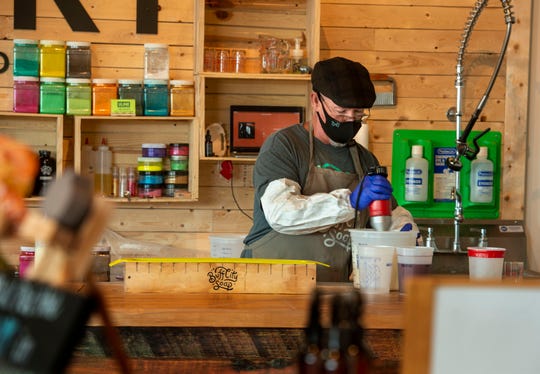 At Buff City Soap, sales will begin Black Friday at 25% off purchases. The shop sells plant-based products and everything is made in store.

“This will be our first Christmas open here in Gulf Breeze. The past couple months, the community has really been behind us and really been supporting us,” Nolan said. “We’re excited to get our product out. Usually, you try it once and you’re hooked.”

Meanwhile in downtown Pensacola, the Downtown Improvement Board hopes to draw shoppers downtown by turning on its holiday Christmas trees on Black Friday — one large tree at the Studer Community Institute building for people to take photos with as well as an interactive tree at Ferdinand Plaza that responds when sung to.

“Black Friday started as this is the day that we typically start showing, in the books, we move from the red to the black, so it’s kind of a celebration of that day and hopefully people can go out and take advantage of deals,” said Walker Wilson, executive director of the DIB.

Additionally, some Winterfest events begin that day, including visits with Santa, and the First City Lights Festival downtown will go live at 4:45 p.m. on Black Friday.

“I think we’ll see a lot of folks downtown that Friday,” he said. “I know we’ll have the light festival going on starting that Friday so hopefully that’ll help us draw some folks down here.”

For kids: 50 gifts that kids actually want this year

Pensacola’s Cordova Mall will open at 6 a.m. and close at 9 p.m. on Black Friday and will not open on Thanksgiving Day, said Angela Jacks, director of marketing and business development. She said customers could see Black Friday updates on the mall’s social media.

“A lot of our stores have already started with their Black Friday offers to get ahead of the rush for Black Friday,” Jacks said.

All stores will limit the number of people inside that day at the numbers their corporate offices dictate, she said, and everyone must wear a mask.

The mall’s Santa will begin that day as well, with precautions in place to prevent the spread of the coronavirus.

Back in Gulf Breeze, Jen’s Designer Deals owner Jen Wells is preparing for her first Black Friday in a brick-and-mortar shop instead of selling online or in other boutiques.

She is planning to emphasize online shopping to her customer this Black Friday. She plans to offer $50 gift certificates for $25 and put some items on clearance to help get more items moving.

“Black Friday traditionally has been when people are going after the big ticket items, so in my mind it has always worked, and I think it will still work for the storefront, to obviously be there for the people that want to come in but give them an online option so that they can get up, while they’re standing in line at Best Buy or they’re doing whatever they’re doing, they can just hop onto my website and take advantage of my Black Friday deal,” Wells said.

Wells has had a challenging first year in her brick-and-mortar shop between the coronavirus pandemic and Hurricane Sally taking out the Pensacola Bay Bridge. She said she feared the bridge being out would be the end of her business, but Gulf Breeze residents have rallied to support small businesses. 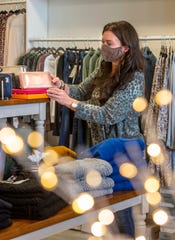 “We’ve all been in the past years, ‘Oh shop local. Shop small.’ But it’s more important than ever this year because these are our neighbors and if our small businesses don’t survive, our neighborhoods don’t survive in the way that we like them to be,” she said.

The Naval Aviation Museum Foundation also will focus its Black Friday deals at the Flight Deck Store online this year because the public is still not allowed on Naval Air Station Pensacola following the Dec. 6, 2019, terrorist attack on base.

Malerie Cates, director of marketing and public relations for the foundation, said a number of products will be discounted in the online store and only available online while supplies last. Some of the items are even holiday themed, such as a Blue Angels ugly sweater and ornaments by Nina Fritz.

Where to eat: Thanksgiving 2020 in Pensacola: Restaurants offering dine-in, to-go meals and menus

A discount code isn’t needed for the sales because the products already will be marked down.

Proceeds support the foundation, which is tasked with funding and developing the National Naval Aviation Museum.

“Obviously, (the Flight Deck Store has) great gifts, good selection of military-inspired products. This year I would say more importantly than ever, we appreciate the support with people shopping through us and supporting us locally here at the museum,” Cates said.

Anna Striano, merchandise and community relations manager, said the Black Friday weekend usually doesn’t bring in sales as high as the Blue Wahoos would make during a game, but it does help the end of the year totals, especially in a year without baseball.

“Anything really at this point would be so helpful,” Striano said.

Amid COVID pandemic, families rethink Thanksgiving, and some are finding new, safer rituals

Wed Nov 25 , 2020
Missy Buchanan’s family in California will still see her smiling face around the table for Thanksgiving. So will relatives in Texas Hill Country, too. There are traditions to keep up after all. In fact, she’s already in both places at once — as a cardboard cutout. The real Buchanan and […] 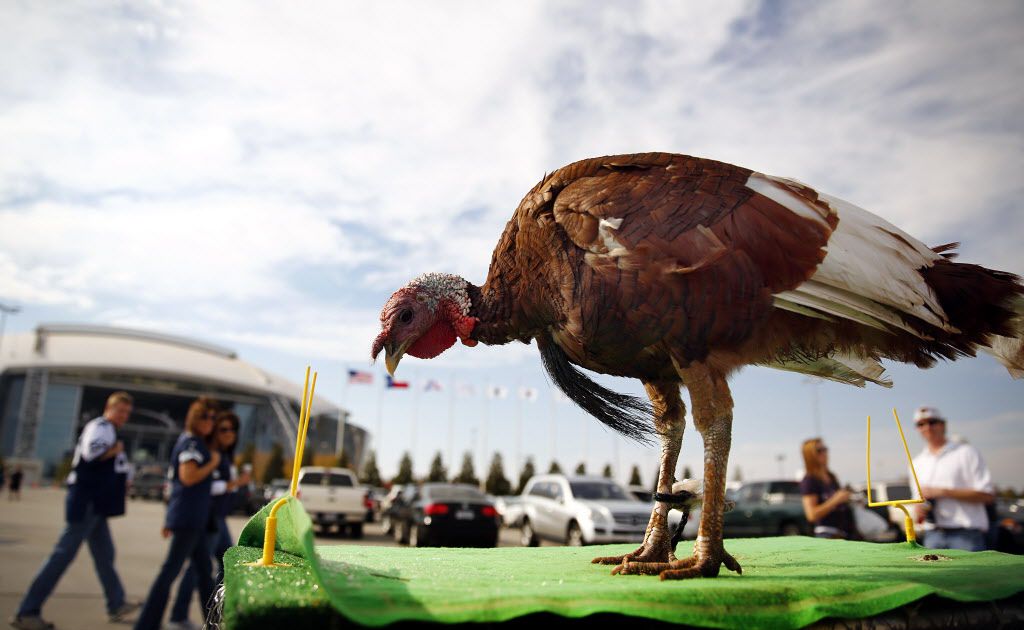