Outbreaks grow as California struggles to control the coronavirus. The state’s high court strikes down some types of pension spiking. And I talk to a longtime disability advocate about 30 years of ADA, inclusion in Hollywood and how COVID-19 is disproportionately impacting the community.

It’s Arlene and it’s Thursday. Let’s do this.

But first, state lawmakers and members of the public ripped into the Employment Development Department over late payments and how difficult it was to reach a human or get a response. One woman broke down while explaining she had been trying to get through since March 21, when her company shut down: “This is my life, my family’s life.”

In California brings you the state’s best stories and commentary, across the USA TODAY Network and beyond. Sign up now for straight-to-your-inbox delivery.

Calls grow to remove (and keep) noose logo, vacation rentals to exit and heat wave on the way

The city of Placerville’s logo features a noose hanging from a tree, and its history is full of lynchings (its nickname is Old Hangtown). During a meeting earlier this month to discuss removing it, the city council voted to continue the item to next year. It should go, writes LA Times’ art critic.

A Palm Springs-area community is moving to ban vacation rentals in residential communities, the result of months of negotiations between neighbors who don’t want them and property owners who say the unpermitted ones are the real problem.

Brace yourself, SoCal: We’re talking lots and lots of heat, from the Central Coast to the desert.

Pension spiking is not a right, court rules

In 2013, modest statewide pension reform sought to help contain soaring pension costs, which are set to grow exponentially in the years ahead as a result of generous compensation and markets that fell short of expected returns.

It sought to eliminate some of the ways pensions are padded, like by adding sick and vacation pay to final compensation (which is either the highest 12- or 36-month earning period of a career; Social Security payments are based on average lifetime earnings) and then basing the monthly payment off of that.

The Alameda County sheriff’s union sued when county administrators tried to take that enhancement away. Attorneys arguing for the union said when employees were hired they could spike their pension, and taking it away amounted to a violation of the “California Rule,” which essentially says that a pension benefit given on Day 1 of employment can’t be taken away unless it’s replaced with a benefit of equal value.

On Thursday, the state Supreme Court ruled that, actually, pension spiking was never a right at all, but a “loophole” that needed to be closed.

The provisions of the California Public Employees’ Pension Reform Act of 2013 (PEPRA) were enacted “for the constitutionally permissible purpose of closing loopholes and preventing abuse of the pension system,” the court said.

This is at least the second legal challenge to PEPRA. Last year, the court ruled “air time”  — a practice where government employees were allowed to pay for years of service they didn’t actually work to boost their pension — was a financial gimmick and therefore not a right protected under the “California Rule.”

Still, labor groups expressed relief because in both decisions the state high court sidestepped the bigger issue of the “California Rule.” Stay tuned.

Two people died and 51 people are infected with the coronavirus in a Ventura nursing home.

Elsewhere in the county, an outbreak at a youth correctional facility grew to 47 cases by Thursday afternoon. Earlier this week, state officials announced they would temporarily stop taking in new youths at the facility and would evaluate whether to do the same at its Stockton complex.

At least 40 people have been infected with the virus on USC’s fraternity row.

Chicks and ducklings kept in backyards are the likely source of a nationwide salmonella outbreak that has sickened nearly 1,000 people and killed one person. Per the CDC: “Backyard poultry can carry salmonella bacteria even if they look healthy and clean and show no signs of illness.”

Money, money, money by the pound: Tulare congressman Devin Nunes is raising so much money he’s giving it away to other Republicans in a bid to control the U.S. House of Representatives (Note: Story is for subscribers).

As ADA turns 30, the fight for inclusion grows

The Americans with Disabilities Act became law on July 26, 1990, guaranteeing equal protection for people with a wide range of disabilities, from mental health issues to physical challenges.

It was modeled after the 1964 Civil Rights Act, providing equal access to government services, schools, buildings, private employers and commercial facilities. And as the Civil Rights Act hasn’t erased bias and racism against Black people, the ADA didn’t remove bias and discrimination toward people with disabilities.

“Other than rare instances of overt animus, most of the discrimination we see towards people with disabilities in this country tends to be from what we call ‘malign neglect,’” Michael Ashley Stein, co-founder and executive director of the Harvard Law School Project on Disability, told USA TODAY. “It’s not that we’re trying to exclude them from opportunity, it’s that we didn’t even bother to consider them eligible or worthy of opportunities.”

The ADA, like other civil rights laws, Stein said, “puts the burden on the oppressed to make changes,” requiring an endless fight to protect those rights.

►30 years later, access to voting for people with disabilities is still an issue

RespectAbility, a 7-year-old nonprofit with offices in California and Maryland, is on the case, working to change the way people view those with disabilities as just as capable and talented as everyone else.

“We fight for a world where people with disabilities have the same opportunities as everyone else,” says Matan Koch, director of RespectAbility California and Jewish Leadership.

Koch, an attorney who began his legal career at Procter & Gamble and uses a wheelchair, has spent decades working on disability advocacy, including as a President Obama-appointee to the National Council on Disability.

I talked to Koch via email about the anniversary, the inclusion of people with disabilities in Hollywood and the especially high toll the coronavirus is taking on the community. Our conversation has been lightly edited.

Q: This week marks the 30th anniversary of the Americans with Disabilities Act. For those not familiar with the specifics, what made it so monumental?

A: The ADA was the Civil Rights Act for people with disabilities, allowing us to enter all the same places and participate in the same things as everyone else, whether we need wheelchair access, braille, or anything else. It allowed us to get jobs and support ourselves, saying that if we could do the work, we could not be denied a job just because of disability and that we could get a few reasonable accommodations.

Q: And how has it worked, in reality and in practice?

A: The world is more physically accessible, but could be better for blind and deaf people. Sadly, the employment rate is still about half for people with disabilities as for everybody else, just like before the law. This is mostly because people do not realize what we CAN do, and so they still do not hire us, or they are worried that they do not know what to do. RespectAbility works to educate them about both.

Q: A lot of RespectAbility’s work focuses on the entertainment industry. How has Hollywood responded to calls for inclusion from groups who want to see more people with disabilities? There’s been so little movement when it comes to seeing more Latino, Black and Asian people on screen, for example, despite repeated calls for better representation.

A: There are 50% more disabled characters on screen this year than last, although far less than the 1 in 5 people that actually have a disability. On the other hand, a show featuring disability was just nominated for an Emmy, and there are more people with disabilities writing for TV than ever before, with studios working with us to train people with disabilities to work in the industry, as writers, directors, producers and actors.

Q: And what about working off-set in the industry? Or in workplaces in general? You mentioned a startling unemployment rate for people with disabilities.

Q: When it comes to COVID-19, the majority of people impacted are people with disabilities, as your organization’s web site points out. How is it impacting the community?

A: Our strategy starts with lives, and then continues to learning and livelihood. The first issue was food. People with disabilities who are on SNAP (food stamps) could not safely go to the store, so we worked to make the benefits available online. Now it is adjusting to all the schools that will be online, so we are helping to make sure that people have what they need, from computers and Internet, to special education supports.

Q: How can policymakers and the public better respond to protect people with disabilities?

A: It is not about protection, but making sure the system does not keep us down. We know what works for us, to make sure that we succeed. Give us opportunities to share that, with a seat at the table so that policies help us, rather than unintentionally get in our way. We do not need a handout, just maybe a hand up, and common-sense policies, like not having to choose between healthcare and work.

Q: Anything I didn’t ask you about?

A: 30 years after the ADA, we are doing so many interesting things. I have been a lawyer, in and out of the courtroom, and people with disabilities are successful business people, actors, nurses and every other kind of hard-working job you can imagine. We have a track record of success now, and people need to know about it so that they know what we CAN do. Then more people will hire us to do it.

That’s it for today. See you tomorrow.

Fri Jul 31 , 2020
BEIJING — China is tightening travel restrictions in the capital of the Xinjiang region amid a COVID-19 outbreak in the northwestern city. People arriving in Urumqi from regions considered to have high infection risk must undergo a two-week quarantine. Others arriving from less risky areas most show proof of good […] 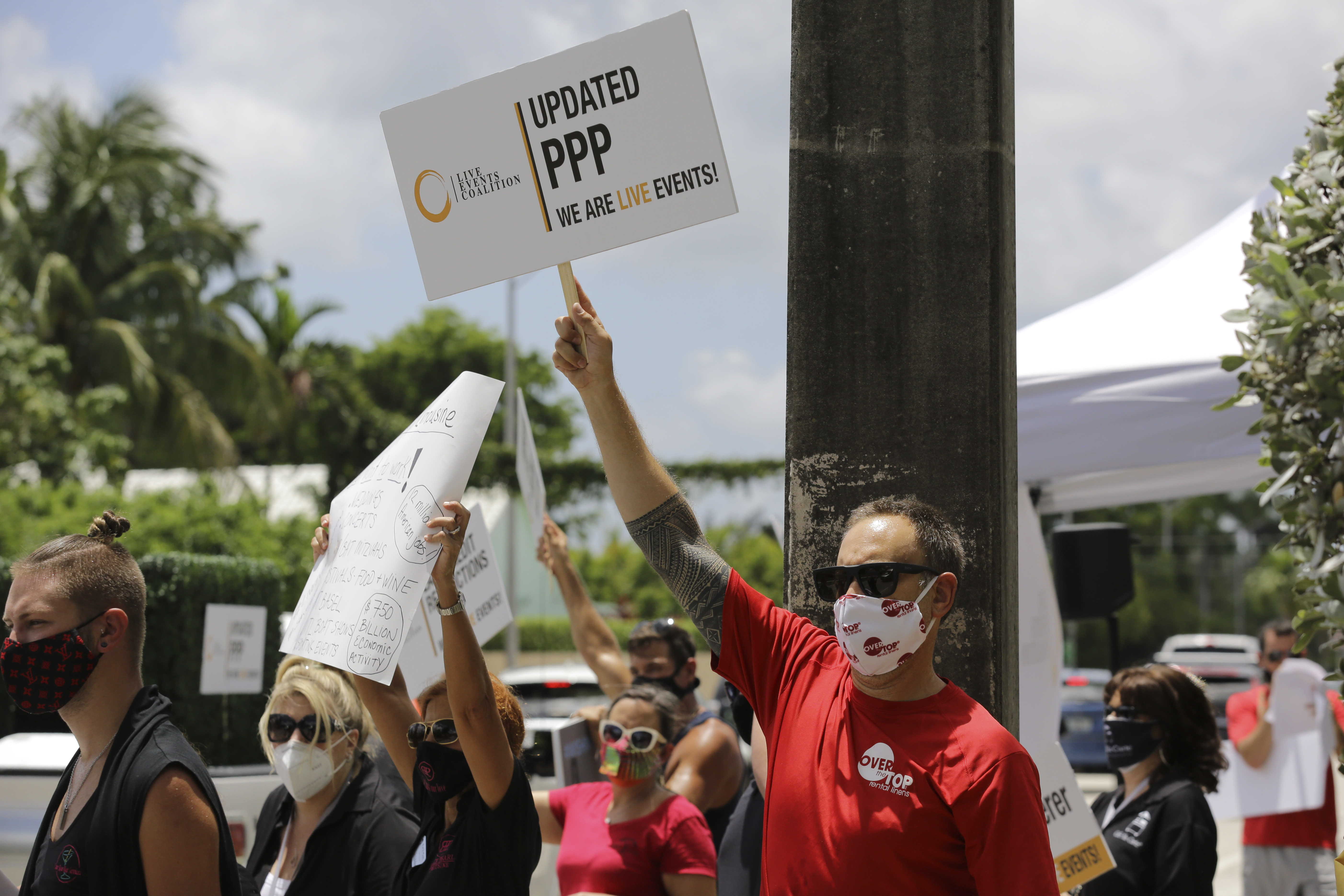