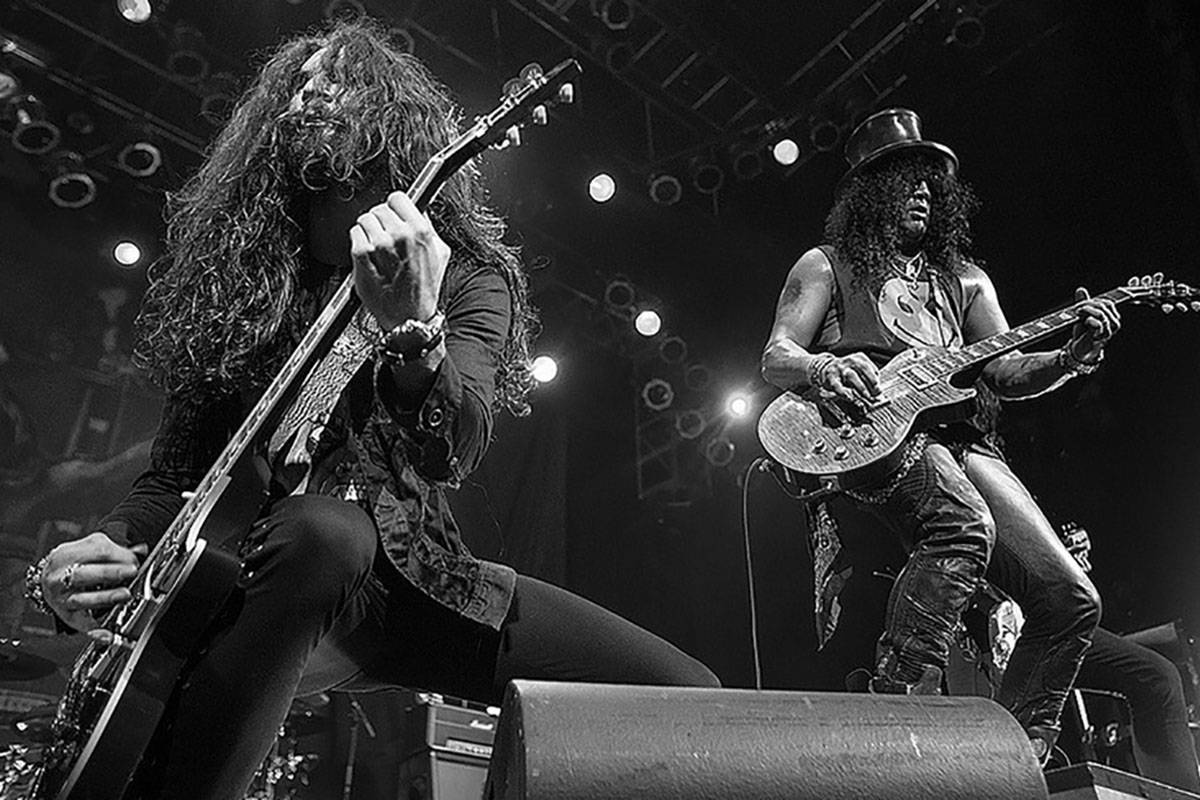 Oscar Goodman says he knew Anthony Spilotro as well as anyone in Las Vegas. The former “mob lawyer” easily explains why.

“Because he was always in trouble,” Goodman said Thursday night at The Mob Museum during a 25th anniversary retrospective of “Casino.” “He was under investigation just about anywhere in the United States of America.”

Whenever the attorney and client traveled across the country, the mobster made all the accommodations. Spilotro always required the two were booked in adjoining rooms, which shared a common door. This was so Spilotro could give Goodman a sort of mob wake-up call.

Goodman also recalled, “It was a very cordial relationship. He needed me to keep him out of prison, and I needed him to have the kind of cases that really were the best cases in the world for a criminal defense attorney.”

“Casino” was released Nov. 22, 1995 (read my colleague Christopher Lawrence’s piece on the making of the film, and its legacy). The epic, three-hour film was based on the history of the mob-operated Stardust, renamed the Tangiers Casino in the movie. “Casino” was again at center stage (or, on the witness stand) as Mob Museum Vice President of Exhibits and Programs Geoff Schumacher interviewed Goodman for a capacity courtroom crowd.

Goodman marveled at how Joe Pesci, playing the Nicky Santoro character based on Spilotro, mastered Spilotro’s mannerisms. But the character’s spewing of profanity was greatly exaggerated.

Nicholas Pileggi appeared via Zoom digital connection. His book, “Casino: Love and Honor In Las Vegas” was the basis for the movie. Stunt man Carl Ciarfalio also dropped in, online. Ciarfalio, a Las Vegas resident, was the stunt man in the legendary scene where Pesci’s Santoro tightens a vice around hit man Tony Dogs’ head.

“I had Pesci’s DNA all over me by the end of that scene,” Ciarfalio said, referring to Pesci shouting expletives throughout the gory sequence. “I was on the table for seven hours. I was determined to make it through. … The whole experience was kind of surreal.”

Pileggi and Goodman swapped stories and butted heads over a key figure in the book and film’s development: The late Mob figure Frank Cullotta. The reformed Mafia associate-turned government witness was portrayed by Frank Vincent in the movie. Cullotta, who admitted to killing grand jury witness Sherwin “Jerry” Lisner, a scene recounted in “Casino,” was an on-set consultant on the film.

The former hit man found inaccuracies in the original filming of that segment, and suggested he play the scene himself. Pileggi liked Cullotta, referring to him as a friend and invaluable resource for the book and film.

Goodman listened to all this, then said, “I demand equal time.” Goodman detested “rats” who became government witnesses. He had represented Cullotta, who in his later years was a tour guide of Mob attractions in Vegas who made appearances at The Mob Museum.

In one of Goodman’s favorite stories, he recalled prepping Cullotta for court. The attorney suggested a necktie. Cullotta did not wear ties, and didn’t know how to tie a knot. Goodman offered to tie it for him, and slipped it over Cullotta’s head.

“My only regret, in this whole thing,” Goodman said, “was not tying that knot a lot tighter around Frank Cullotta’s neck.”

More laughs. Goodman clearly enjoyed revisiting the movie, and the era of Stardust/Tangiers and old Las Vegas. Though this Oscar never won one, he was perfect for the role, having lived through it all.

“It was filled with action, adventure, with me trying to protect my clients against government misconduct,” Goodman said. “It was a time in our city that will never be replicated.”

Ashba for the holidays

Vegas guitar great DJ Ashba (from Guns N’ Roses and Sixx A.M.) has released the holiday single and video, “A Christmas Storm.” The song and video blend Ashba’s rock guitar, strings and EDM instrumental effects EDM in a mashup of such holiday classics as, “God Rest Ye Merry Gentlemen,” “Carol Of The Bells,” “Joy To The World” and “Hark The Herald Angels Sing.”

The song has been mixed and mastered by three-time Grammy nominee Luca Pretolesi of Studio DMI, who has worked with Steve Aoki, Diplo and Lil Jon.

“A Christmas Storm” follows “Hypnotic” from the summer and “Let’s Dance” in the fall. Fifty percent of the proceeds from the new single go to Toys for Tots.

Wolf Van Halen said his father endorsed the band a couple years ago, saying, “The second we started playing in 2018, we just immediately jelled. Even dad was, like, ‘(Expletive) yeah! You guys got this.’”

Column fave and Rose. Rabbit. Lie at the Cosmopolitan front woman Skye Dee Miles has opened a Wednesday night series at Cork and Thorn on 70 West Imperial Ave. (entrance in the alleyway between Main and Commerce) in the Arts District. The show is dubbed “Bourbon & Blues.” Miles is joined by a few players in her RRL band in a scene reminiscent of her “Boom Boom Room” show several years ago at the Tropicana Lounge.

Miles is the queen of Kings in this show, sampling B.B., Freddie, and Albert. We’re even trying to convince her to work Carole King and The King himself, Elvis, into the set list. It all starts at 9 p.m., with an extensive drink menu and noshes available. It’s relaxed, and Miles says, “We’re gonna roll with the times, whatever they bring.”

The newlyweds wore celebratory “MR” and “MRS” hoodies during their first gig as a married couple. We speak of Brandon and Sean Godfrey (formerly Stewart) of NPerson, an offshoot of the Soul of Motown tribute show at Westgate Cabaret. The couple was married Friday afternoon at Westgate’s chapel, then returned to their show at International Bar a few hours later.

The crowd’s grooving was socially distant, though it was not easy keeping the lovebirds apart onstage. But they did pose for photos in formal face covers. Great afternoon, and evening, for these two.

Mayfair Supper Club at Bellagio vocalist and Vegas native Lisa Marie Smith has experienced a few firsts in 2020. She’s engaged, to trumpet great Isaac Tubb. She headliner her first solo cabaret series, in October at The Vegas Room. And she is fighting off COVID, having tested positive on Nov. 7.

Smith has has been offstage since her diagnosis. She feels she was exposed just before then, during a trip to Southern California to for an engagement-photo shoot.

“It’s been rough, and for a hot minute I was really scared,” Smith, who has battled fatigue, breathing problems and a loss of taste, said Friday. “I have been very careful, too. It takes a toll on your psyche. I just say be extra vigorous, because this is really frightening.” Smith won’t sing again until at least next week while her lungs recover.

Expect an announcement soon, like within the week, of a Vegas production moving into a larger venue to adhere to socially distant directives. This show will plan to open just after New Year’s.