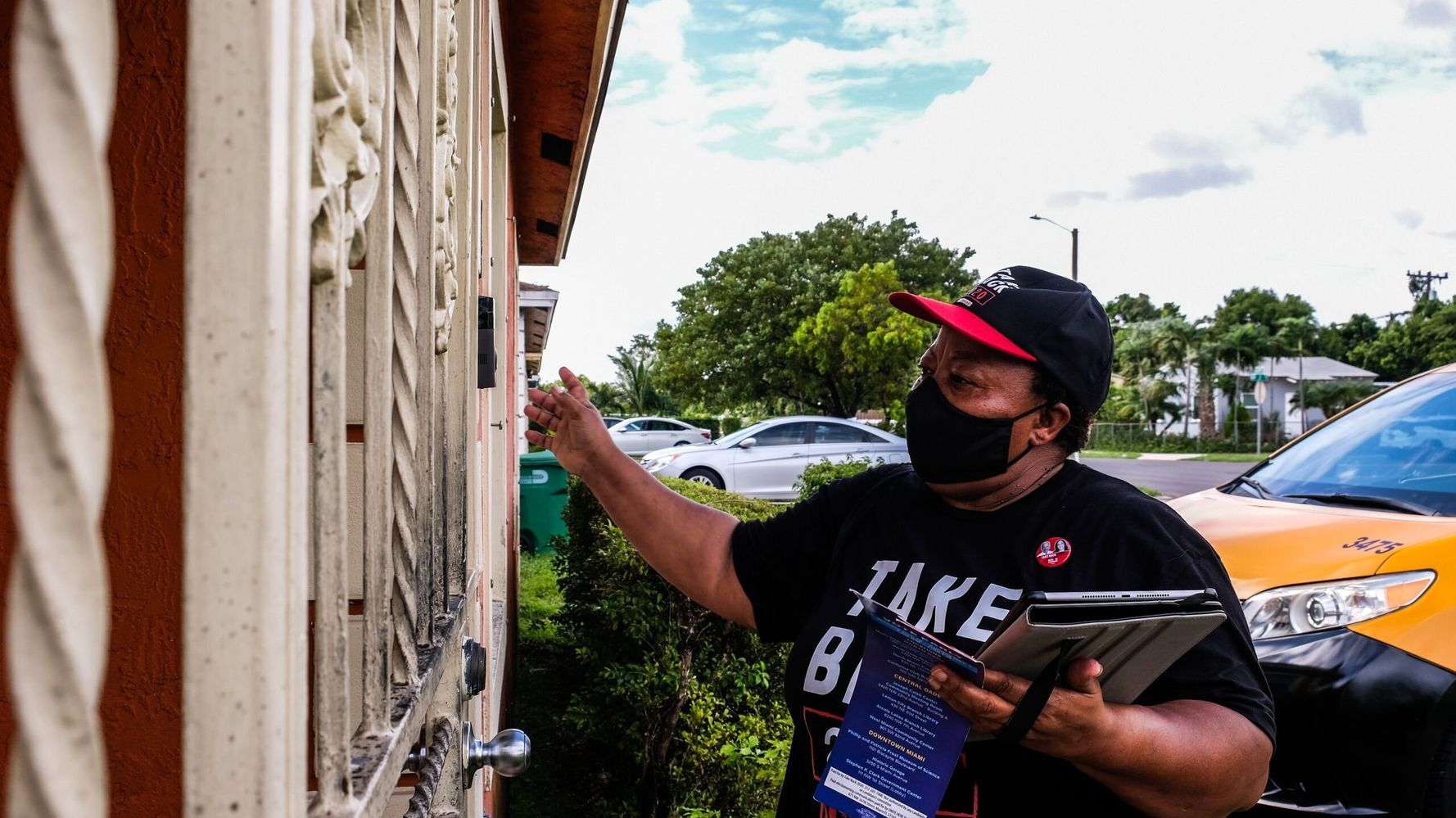 Trece Andrews spent the last three months phone-banking and sometimes canvassing for Joe Biden in Michigan. The nursing home worker focused her efforts on Detroit residents and fellow members of the Service Employees International Union, telling them a Biden administration would protect their health care and do more to raise their wages.

With Biden on the cusp of winning the White House, Andrews is feeling proud of her efforts.

“A lot of people, once I started having conversations, they had the same concerns,” said Andrews, 50. “We put in a lot of hard work. I feel like we’ll win.”

Although several battleground states remain too close to call, Biden is on track to win the necessary 270 electoral votes if his leads hold. With a Democratic presidency close at hand, unions say they played a critical role in turning members and other voters out at the polls, especially in dense urban areas of swing states, like Detroit, Milwaukee, Philadelphia, Phoenix and Las Vegas.

The Associated Press and other news outlets have already projected that Biden will win Michigan, Wisconsin and Arizona, and he holds a lead over President Donald Trump in Pennsylvania and Nevada.

Richard Trumka, head of the AFL-CIO labor federation, told reporters on a call Thursday that his union members came out overwhelmingly in favor of Biden. The AFL-CIO conducted a poll of 1,000 members on Nov. 2 and 3 and found that they preferred Biden to Trump 58% to 37%. Trumka said that was about four points better than Hillary Clinton did in a similar poll of federation members around the 2016 election.

Preliminary exit polling suggests Biden did perform well with union households in the Midwest, with the possible exception of Ohio, which Trump won again by a healthy margin.

But unions also made a big contribution to the Biden campaign through their get-out-the-vote efforts. Andrews’ union, SEIU, said it focused its efforts on Black and Latino residents who had sat out the 2016 election in cities in Michigan and Wisconsin. It conducted outreach alongside its Fight for $15 campaign, which is well known for its worker strikes in the fast-food industry.

We did not want an excuse not to go out on the doors.
D. Taylor, president of Unite Here

Andrews took leave from her job to spend time calling fellow union members around the country, as well as residents of Detroit, urging them to vote for the Democratic ticket. Like her nursing-home co-workers, most of the voters she was contacting were people of color. Turnout in Detroit was slightly higher this year than in 2016, and Trump did receive a few thousand more votes there this time around.

When pundits talk about the “working class” vote in the Midwest, they are generally talking about white people. Andrews said the Black working class gets overlooked during elections.

“To me, those are the people that’ve been essential through all the pandemic,” Andrews said. “A lot of people on the Black and brown side, they just want some leadership that cares about all people.”

Many unions, like Democratic campaigns in general, shied away from face-to-face canvassing this election due to the pandemic ― a decision some on the left have questioned, as Republicans generally continued going door-to-door to promote their candidates. Andrews said canvassing was a small part of the work she did, in the last weeks of the campaign.

The hospitality union Unite Here carried out an aggressive door-knocking campaign in Nevada, Arizona, Florida and Pennsylvania, arguing that it could be done safely and was crucial to defeating Trump. Its Nevada local, the Culinary Workers Union, is well known for its get-out-the-vote muscle in Clark County that boosts Democratic candidates.

Many union members who took part in the paid canvassing program had been laid-off from their jobs in the hotel and food service industries, and Unite Here said it consulted epidemiologists to make sure its efforts were safe.

The union did not shy away from taking some credit for turnout in cities like Las Vegas, Phoenix and Philadelphia, all of which could play a deciding factor in the race.

“We did not want an excuse not to go out on the doors,” D. Taylor, the union’s president, said Thursday. “We’re going to deliver Arizona, Nevada and Pennsylvania. We rolled up our sleeves … and we were getting people to vote.”

Rosslyn Wuchinich, president of the union’s Philadelphia local, said its members hit 575,000 doors in Philadelphia during the campaign. She said 60,000 residents the union reached had pledged to vote for Biden, and that approximately 30,000 of those people said they did not vote in 2016.

Unite Here also ran a program specifically in Maricopa County, which includes Phoenix. Votes from Maricopa continue to be counted as of Friday and will help determine whether Arizona falls in Biden’s column. In a batch of Maricopa results released by election officials Friday, Trump had a slight edge over Biden. (Arizona’s electoral votes, however, appear to still be in Biden’s column.)

Susan Minato, co-president of Unite Here Local 11, which includes California and Arizona, said the union had between 350 and 500 members knocking on doors each week in Maricopa, which is more than 30% Latino. She said the fact that the pandemic kept so many residents at home led to a high contact rate, and that canvassers were able to reach 250,000 people going door-to-door.

Minato said the main message canvassers wanted to convey was that people’s votes would be counted and that they would matter.

“They were out there hitting the doors way ahead of everybody else,” she said of the union’s members. “It’s the face-to-face that pulls the vote out.”