Many may find this record of service astonishing, given the painful history of violence, marginalization and injustice Native Americans have endured. Or, in the words of Marine Corps veteran, Kim Brooks (Koyukon Athabascan), “They stole our languages, healing practices, ceremonies, cultural traditions and our land. This is the one thing that they couldn’t take away from us.”

In 2013, Congress authorized the National Museum of the American Indian to create a memorial that would give “all Americans the opportunity to learn of the proud and courageous tradition of service of Native Americans in the Armed Forces.”

Designed by Harvey Pratt (Cheyenne and Arapaho Tribes of Oklahoma), a multimedia artist and Marine Corps Vietnam veteran, the memorial features a large steel circle resting on a carved stone drum. It incorporates water, signifying purification, prayer and cleansing; a flame that will be lit for ceremonial occasions and that represents strength, courage, endurance and comfort; benches for gatherings; and four lances where veterans, family members, tribal leaders and others can tie cloths for prayers and healing. Another distinguishing feature: The memorial incorporates Native music into the design. Playing on a continuous loop from the Smithsonian Folkways collection are 13 Native American veteran songs from the Ojibwe, Menominee, Blackfeet, Ho-Chunk, Kiowa and Lakota Nations.

The memorial brings long overdue recognition to the tens of thousands of American Indians, Alaska Natives and Native Hawaiians who have served in peace and war for two and a half centuries. Today, more than 21,000 Native men and women are on active duty, and more than 183,000 veterans identify as American Indian or Alaska Native.

While each has a unique story to share, the reasons for serving the country are undoubtedly the same as other populations: to defend the homeland, uphold family traditions of military service that stretch back for generations, learn a trade, get an education, rise out of poverty, seek adventure or explore new horizons. In addition, a so-called warrior tradition remains a source of pride throughout many contemporary Native Nations.

Yet, while Native communities deeply honor their servicemen, servicewomen and veterans, their extraordinary service and sacrifice has rarely been acknowledged on a national level and is unknown to most Americans — who may have heard of Code Talkers but don’t know of a much broader history or that Native Americans continue to serve in the armed forces today.

It is my hope that the memorial will inspire visitors to learn more about the great legacy of Indigenous servicemen and servicewomen to this country and shed light on some of the lesser known stories of Native Americans — stories that will move and inspire visitors.

It is my hope that the memorial will offer a place of quiet contemplation for Native American veterans and their families — and all families.

I hope the memorial will remind non-Native visitors that Native Americans are still here, living, working and serving in communities throughout the country.

It is my hope that after seeing the memorial, families will visit the “Why We Serve” exhibition online or in the museum’s Potomac Atrium to learn about Native American participation in the military from colonial times to the present. Our legacy of service is one of the longest, if not the longest, in this country’s history and continues to this day. It is a story of deep patriotism, a belief that despite all that has happened, the United States can be a better place for all of us.

I recently hung prayer cloths at the memorial in honor of my grandfather Phillip Gover, who served in Italy in World War II; his brother Grant, a Pawnee Code Talker who was killed in action in 1944 while serving in France; my uncles Marshall and Garry, who were sent to Vietnam; and my nephew Nathan Page, who served in Afghanistan. With them, and all Native American veterans and their families in mind, I invite you to join us in this historic moment, for our country, for our veterans and for the Native American communities whose loyalty, passion and sacrifice have helped make America what it is today.

How to move in and out efficiently

Wed Nov 11 , 2020
“A move is like a wedding,” said Lori Gersh, a professional organizer who specializes in moving services. “The more you plan it, and the more you have everything figured out ahead of time, the easier it’s going to be.” Instead of figuring out the flowers, the clothes, the music and […] 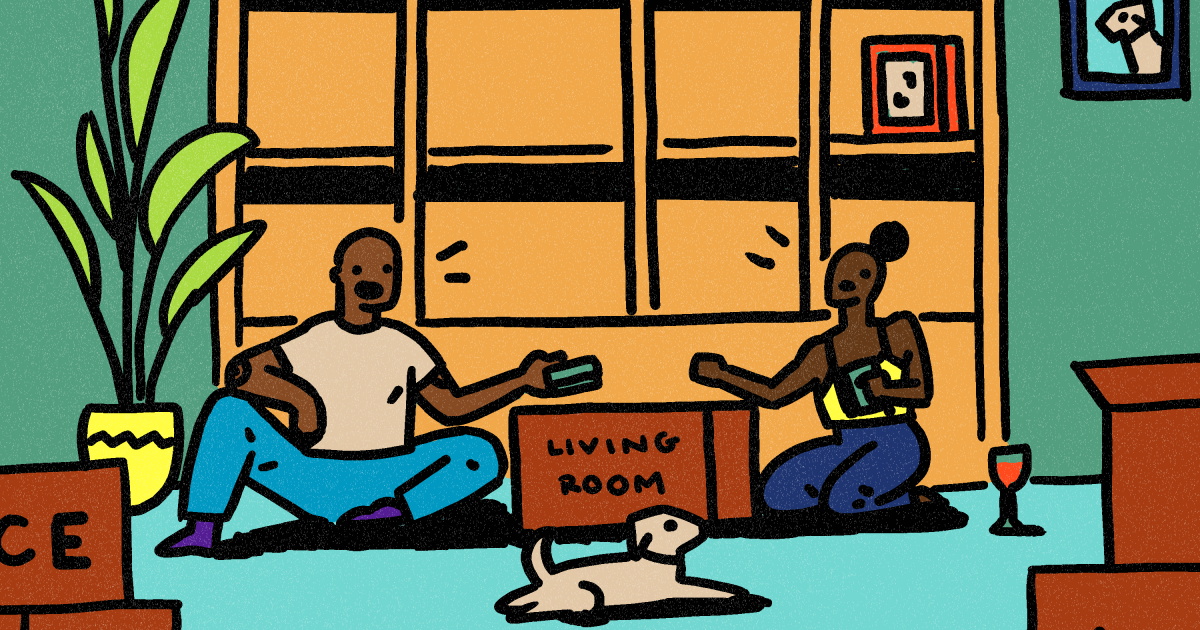