Four years ago, I realised that my interest in writing about varied subjects could be fulfilled only by being a freelancer. Since then, I have been writing regularly for various publications on subjects ranging from elections to features on travel and cinema. But just as I was settling into a comfortable rhythm and the opportunities seem to be multiplying, the Covid-19 virus brought the world to a standstill.

Suddenly, I was staring at many months of no assignments. A column I had started at the beginning of the year was put on hold and a publication I frequently contributed to, put a pause to freelance contributions.

Freelancers are looked upon as the lucky few who have managed to break the clutches of bonded employment by working on their own terms. Interestingly, in most of the professional fields/domains today, freelancers are known to have strong bargaining power for their work and fees.

Unfortunately, this is not true for freelance writers. At least, not in India.

Freelance writing involves identifying the publication most suited for your idea, finding the editor’s contact, pitching the idea to them, and then, if you are lucky and the editor likes your idea, getting a commission from them. Of course, once you have spent years doing this, you would have devised a more streamlined process that works best for you.

In their all-encompassing book Everything you wanted to know about Freelance Journalism, Kavitha Rao and Charukesi Ramadurai opine “90% of freelance writing is about researching stories, finding markets, sending out pitches and cultivating relationships with editors. Less than 10% is about the writing.”

In an Instagram Q&A, the well-known editor and writer Supriya Nair told me that in order to ensure a steady stream of work and income, a freelance writer’s weekly plan must involve working simultaneously on pitching a new idea, working on an earlier successfully pitched idea as well as editing an already written piece.

In a nutshell, in order to be a successful freelance writer, you need to have the entrepreneurial drive required in any other business.

Arguably, the two most difficult aspects of freelancing are payment and relationships.

In India, in most cases, the payment cycle is at least 60 days long which means that you have to account for this delay in your income flow. Following up on payments is critical as well as the most frustrating part of a freelancer’s job.

Secondly, the world of freelancing is a rather small one where everyone knows everyone else, and one-on-one relationships reign supreme. Therefore, it is crucial to cultivate and maintain good relationships with editors as well as with fellow writers.

Burning bridges is not an option available to freelance writers. Once, upon being humiliated by a rude response from an editor for simply following up about my pending dues, an experienced fellow writer warned me not to act on impulse and retaliate lest the word spreads around and I start losing assignments.

Such a system, freelance journalist Neha Dixit laments, leans heavily in favor of the city-based freelancers who have an advantage of existing social capital. But these concerns might seem trivial compared to some of the other ordeals faced by freelance investigative journalists like her. She tells me that for many years now, publications have stopped paying news gathering expenses (travel, hiring a local fixer, etc).

In addition to this, cases have been filed against her in courts to browbeat and intimidate her. In such scenarios, she does not get the institutional support from the publications she writes for, resulting in her bearing all legal costs.

But all these are challenges faced by freelance writers in India under normal circumstances. What happens when a deadly global pandemic like Covid-19 strikes?

As soon as the virus hit India and the entire nation went into lockdown, news outlets and magazines started feeling the financial brunt and immediately exercised budget cuts.

This just added to the anxiety of freelance writers who frantically started pitching new ideas only to be politely told “Unfortunately, we have no budget for freelancers at the moment.”

Also, with the subsequent travel ban and the indefinite closure of all cinemas, theatres, and art galleries, many editors started asking the writers to think up a pandemic connection for every idea pitched.

For someone who regularly contributes travel essays for various publications, novelist and literary critic Zac O’Yeah, who has freelanced all his life, told me that all his opportunities were wiped out. Writer and critic Jai Arjun Singh learned that almost all the places he used to write for, no longer had the budgets for freelancers. Some writers even had to face retrospective rate reductions on assignments that had been accepted pre-lockdown.

As the days went by, the situation worsened as many mainstream publications either stopped taking out print editions or cut down the number of arts and culture pages to a minimum. Soon, rumors of lay-offs and pay cuts in the media started to make rounds.

Most freelance writers are accustomed to rejection. As per Rao and Ramadurai’s book, even the most successful freelancers have only a one in 10 or a one in 20 pitch acceptance rate. But even the most cynical of them could never have imagined this unprecedented complete shutdown of the world.

While work dried up for freelancers writing on travel, arts and culture, journalists writing on politics and current affairs such as Rohini Mohan and Dixit faced a different kind of problem: that of budget cuts and very limited ability to report from the field despite there being plenty of stories to be told about the impact of the pandemic and the government’s response to the crisis.

“As freelancers, we do not have press cards, so it becomes very difficult to go into the field,” said Dixit. Despite these hurdles, such stories have to be reported, written, and published. “At times like this when governments assume great emergency powers, immediate reports can keep them accountable,” said Mohan.

Dixit added that the ground reporters in smaller cities, crucial in bringing news from remote corners to the mainstream publications, have no sources of income since the onset of the pandemic.

A few experienced freelance writers like the Bengaluru-based Deepa Bhasthi who has been writing criticism and essays on arts and culture for Indian and international publications for over a decade realised that this was going to be the long drought she had been dreading all along. “I decided to prepone my plans to move out of the city to a town amongst the hills and use the time to reflect on my writing practice,” she told me.

Prathap Nair, a Bosch Medienbotschafter 2016 Fellow who writes on travel, culture, and gender, said he has stopped pitching stories for the time being due to the decline in commissions.

Singh has decided to step outside his comfort zone and conduct online courses on cinema to steady his boat. Well-known blogger and travel writer Lakshmi Sharath started exploring new avenues by conducting online workshops and focusing on telling people’s stories.

With no travel in sight in the near future, O’Yeah revised his targets for the next couple of years and begun work on three new books. Nair realised the futility of planning life in the current circumstances and decided to channel his inner zen to read, bake sourdough breads, and brew kombucha in his Frankfurt home.

But all is not doom and gloom, said Goa-based writer Vivek Menezes. “Truly independent voices are emerging now, and I think we are seeing the relevance of good writing in these times.” Menezes believes that if you are producing compelling content out of India, there are still viable international alternatives for you. Swimming against the tide, the optimistic Menezes is hoping to start a new column soon.

If any of us had thought that this pandemic would blow over in a few months, we have been proved wrong. The situation has now started to seem like a long haul. The newspaper and magazine supplements and additional pages are not showing any signs of making a return.

Reports of more people in the media losing jobs continue to bombard us every day. In such a scenario, what does the immediate future hold in store for freelance writers?

“As newspapers and channels lay off people, more will join the fray of freelancers. With publications also in financial crisis, I’m concerned whether everyone will be given equal opportunities,” Mohan said. She feels that it will be important to create solidarity amongst all freelance writers across all languages lest editors have them fighting each other to the bottom.

A similar sentiment is echoed by Bhasthi, who said that in the west, the freelance writers’ unions help define minimum wages which lends security to the writers. O’Yeah recommended that writers should be ready to take a further 20% hit in their rates and look for alternative sources of income if they cannot hold out until 2021.

“Now is the time for freelancers to turn outwards and figure out how to use social media to reach other writers and readers and build a community that is interested in their writing. And of course, keep writing even if you cannot publish right now. It builds muscle for (the) future,” a senior editor said.

This pandemic has forced writers to reluctantly sign up to social media platforms in order to engage with their audience, and perhaps, to also stay relevant and connected lest they are forgotten in these times of limited attention span.

I wonder if this is going to be a global phenomenon soon and if the number of followers on social media platforms will become an important criterion for publications while commissioning writers. A frightening thought indeed especially for writers who zealously guard their solitude.

We welcome your comments at [email protected]

Sign up for the Quartz Daily Brief, our free daily newsletter with the world’s most important and interesting news.

Tue Aug 4 , 2020
It’s Saturday evening in London, and I’m house shopping in Dublin, thanks to a virtual-reality headset. Temporarily forgetting she is sitting beside me, I shout to my wife: “I’m in the children’s bedroom.” We can’t go to the Republic of Ireland ourselves to do this. Travellers from Great Britain need […] 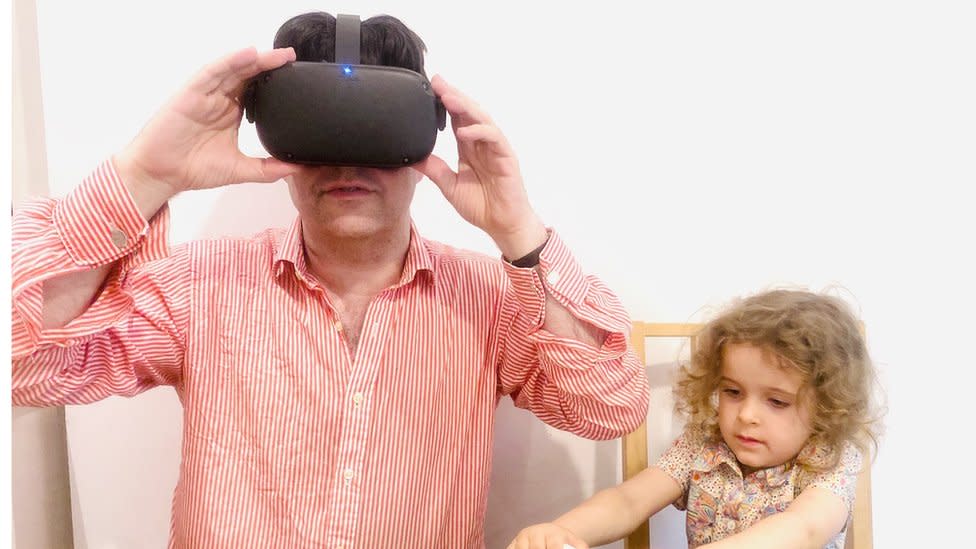