Talent also assembled behind the scenes for this marquee event. Screenwriter Kemp Powers—who has received critical acclaim for his work on both this film and Pixar’s Soul—adapted his own play. Oscar-winning actor Regina King came on to direct her first feature, having previously helmed episodes of various TV series. Terence Blanchard wrote the score (as he did for Spike Lee’s Malcolm X). High Art and The Old Guard cinematographer Tami Reiker lit the stage.

And a stage, in many ways, is what we see in One Night in Miami. Despite Powers’s efforts to craft a dynamic screenplay out of his stage production, one that moves from boxing ring to Southern porch to a “coloreds-only” motel to a lively bar, the images we get are fairly two-dimensional. This makes sense—Malcolm X spends much of the film taking pictures. He’s interested in reflection while the other guys just want to party. Cooke is depicted as a paradoxically successful and struggling musician; he’s already well-known, but wants to make inroads into “universal” (meaning white) fame. He stays at a fancy hotel where only his name gets him through the door. (Brown doesn’t get quite as far when he makes a visit to his football team’s owner.) Clay/Ali is what you might imagine, talking himself up and delivering on his promises. He prays with Malcolm, but hesitates to make his Islamic faith known to the world.

King does much to immerse her cast in the period—February 25, 1964, to be exact, the day on which those four men actually met up to celebrate Ali’s first heavyweight title. Still, her performers can get trapped in the film’s overall literalness. Ben-Adir works hard on X’s knowing affect, and you can see his effort even as he shows the softer family-oriented side of the radical activist. Goree struggles to bust out of caricature and into the expansive energy of Ali. Odom Jr. can sing quite a bit like Cooke, but seems lost, not quite sure how to play his character outside of performance. Hodge, for his part, steeps himself in Brown and emerges as the film’s most compelling subject—perhaps in part because modern audiences may know the least about Brown, the only iconoclast of the four who’s still alive.

To make such big roles work, especially in relation to each other, actors need material that’s somehow surprising—and to find unexpected ways to play it. One Night in Miami is often transfixing—brimming with rigorous and contentious thought about the terms and conditions of Black life in America—and always well-crafted. Yet, throughout, King takes few risks. That’s a common move for a debut film director, particularly for someone with an established acting career. Greta Gerwig’s first solo feature, Lady Bird, made similar calculations; so did Bradley Cooper’s fourth-generation-remake of A Star Is Born. In contrast, Dee Rees’s Bessie, her second feature (made for TV and aired on HBO), was both assured and playful; the film’s casting of Queen Latifah as Bessie Smith and Mo’Nique as Ma Rainey was as imaginative as its set pieces. Bessie and One Night both capture great Black talent at a moment in time, but only one manages to wrest itself free from biographical conventions. Rather than urging actors to embody well-known personas, Rees seemed to lift them into an atmosphere inspired by her expressive take on the era.

King clearly has the chops, and hopefully, with future films, she’ll be more adventurous. Still, as it stands, One Night in Miami is fitting fare for our present conditions. By placing some of the 20th century’s boldest Black male figures in one shining frame, simply talking, we are asked to consider Black lives as both public and private creations. It’s a great theme, which the film falls just short of embodying.

Where to Watch One Night in Miami:

All products featured on Vanity Fair are independently selected by our editors. However, when you buy something through our retail links, we may earn an affiliate commission.

— Not a subscriber? Join Vanity Fair to receive full access to VF.com and the complete online archive now.

Alexis Skyy Gets Into Noise Complaint Beef With a ‘Karen’

Fri Jan 15 , 2021
Getty Alexis Skyy received a ton of support in her battle with a “Karen.” Love & Hip-Hop: Hollywood star Alexis Skyy got into a beef with one of her neighbors over an alleged noise complaint. Skyy’s Instagram followers referred to the neighbor as a “Karen.” A “Karen” is defined by […] 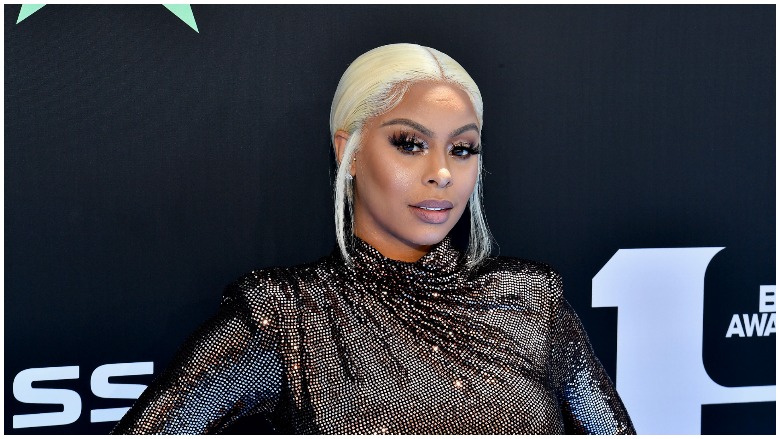