Next week will mark the 10-year anniversary of the phone call that changed the course of Conor Thomas’s career. Aged only 17, he had just made his full debut for Coventry City when his agent rang with some unexpected news and a simple instruction. “He told me to pack my bags,” Thomas recalls. “I was going to Liverpool.”

There had been no suggestion that Liverpool were interested, no whispers that they were even aware of his progress. “I knew straight away that it didn’t feel right,” says Thomas, who faces Manchester City with Cheltenham Town on Saturday.

“I just wasn’t ready. I was still a kid. I had to drive up that night and get the papers signed. I didn’t even have time to think about it, and then that was it. The next day I was living in a hotel in Liverpool.”

The transfer, a loan with the expectation that it would become permanent a few months later, was described by the Liverpool Echo at the time as a “surprise” move. And no one was more surprised than Thomas himself, stunned to suddenly be told he had a new club.

“My first reaction was not one of excitement,” he says. “I was literally shocked.”

Taken away from home and plunged into a new environment, without his family and friends, it is perhaps no surprise that it did not work out as planned. Thomas enjoyed playing for the Liverpool reserves, where he came across a young Raheem Sterling, but injuries did not help his cause and, above all, he just wanted to come home.

“I couldn’t even drive,” he says. “They had to get a driver to take me to training. Being at the club was a great experience, but away from football it was not easy. Living in a hotel, it was a big life move. When I heard that I was coming back to Coventry, my reaction was how my reaction should have been when I got the move to Liverpool. I couldn’t stop smiling. I thought to myself, ‘I shouldn’t be feeling like this’.”

That loan spell, however strange, gave Thomas a brief glimpse of life at the highest level, which is partly why he is so excited for the visit of City. It is a chance for the former wonderkid to measure himself against some of the world’s finest players, to see how far away they are in terms of talent and ability.

“When it was drawn, I was literally celebrating at home,” he says. “How often am I going to have the opportunity to play against these players and see how good they are in the flesh? It is a chance to test yourself against the best.”

The tie provides a reunion with Sterling, a prodigious teenager at Liverpool when Thomas was there, and also with City coach Rodolfo Borrell, a former Liverpool academy coach. “I was in the reserve team and Sterling would have been 16,” says Thomas. “You could see he had something really special. He was razor sharp.”

A decade later, the game has changed. Such a sudden move, for such a young player, would never happen these days. And if it did, there would be the support of various loans managers and club staff who are employed to guide the development of talented teenagers like Thomas, an England Under-17 and Under-18 international.

It is a cautionary tale, perhaps, but Thomas’s concerns as a teenager were due to his age and the timing of the move, rather than any lack of adventure in his character. If anything, he has since proved himself to be among the most adventurous and open-minded players in the English Football League. How many others, for example, would have been brave enough to swap the comforts of England to join a club in India, as Thomas did when he signed for Kolkata side ATK, then managed by Teddy Sheringham, in 2017?

“When I got a call from Teddy, I thought he had the wrong number,” he says. “But he told me he was going out to India and that he could take some foreign players with him.”

Thomas’s instant response was to turn Sheringham down, but the former England striker gave him a few days to think it through. “He has worked with some great managers – Glenn Hoddle, Sir Alex Ferguson – and you can tell he has taken elements from them all. His man-management, how he makes you feel valued, he is the best I have seen at that. I was on the phone to him for about an hour and a half. He convinced me.”

For a young lad from Coventry, who had spent so much of his life within the bubble of professional football, the season in India provided a valuable sense of perspective. “Some of the things you see on the street, you would not wish on your worst enemy,” Thomas says.

“The rich are very, very rich and the poor are very, very poor. I know it shouldn’t necessarily take something like that to make you appreciate things, and it’s not that I was an idiot before. But it gives you an appreciation of life.

“There are images in my head, things I will never forget. There was a time when I went for a walk and there was a single mum, with three young kids, in this dirty lake. She was scooping water into the kid’s mouth to get them to drink. That happened very early on. I saw how it really was another world.”

These realisations prompted him to throw himself into community work, and he teamed up with a local foundation. “I did so much work out there,” says Thomas, who has also put on children’s coaching camps with former Coventry team-mate James Maddison. “It was a once in a lifetime opportunity.”

The plan was always to stay for only one year, though, and Thomas signed for Cheltenham in May 2018. He has played nearly 100 matches since then, although none of them as glamorous as this weekend’s meeting with City.

Cheltenham are sixth in League Two, only four points off the top, and their Whaddon Road home should provide an unusual challenge for Pep Guardiola’s side. On Tuesday, in a game against Newport County, the wind and slight slope resulted in Newport goalkeeper Tom King scoring from a goal-kick.

According to the Guinness World Records, it was the longest goal scored in a competitive football match. “A freak goal,” says Thomas.

“You can’t tell from the clips, but it was really windy and there is a bit of a slope. I couldn’t believe it.”

Could those conditions work in Cheltenham’s favour against City? “I am sure City can play uphill and against the wind and they still wouldn’t be bad,” says Thomas, who is as delighted for the club as he is for the players that they will have this moment in the spotlight. “But we will take any advantage we can get.”

How the pandemic has changed the world economy

Sun Jan 24 , 2021
Coronavirus economic graphic The coronavirus pandemic has reached almost every country in the world. Its spread has left national economies and businesses counting the costs, as governments struggle with new lockdown measures to tackle the spread of the virus. Despite the development of new vaccines, many are still wondering what […] 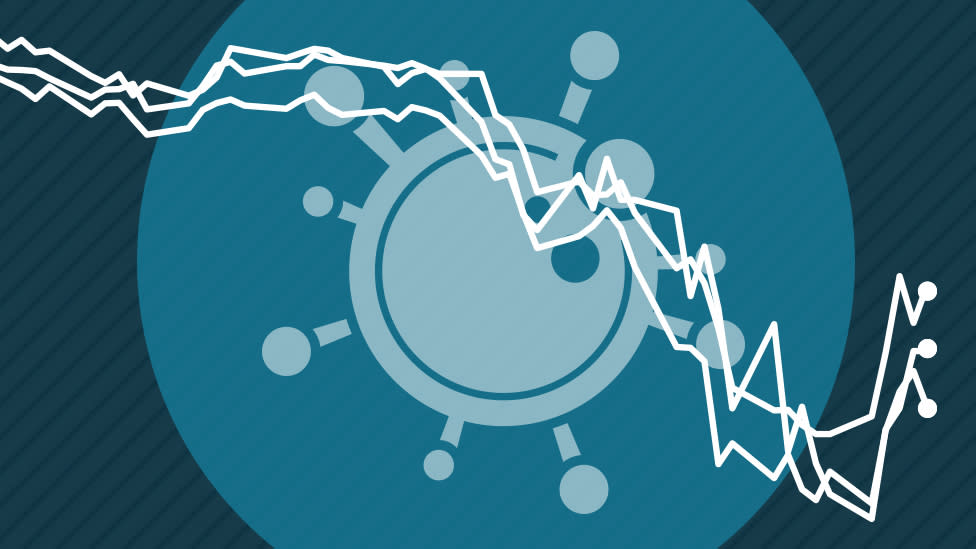