MBA students at NYU Stern are protesting a 3.5% hike in tuition during the pandemic and asking for discounts of 5% to 10% due to the shift toward remote instruction. Stern photo

MBA students at New York University’s Stern School of Business are urging the school to reverse a decision to increase their annual tuition by 3.5% and instead grant a 5% to 10% discount as classes move online during the pandemic. The petition requesting a freeze of Stern’s $76,780 annual tuition, up from $74,184 a year earlier, has been signed by more than 300 students.

“Raising tuition during this time period feels wrong,” according to the statement signed “The NYU Stern MBA Class of 2021.” The letter was posted to Twitter by Stern second-year MBA Avik Banerjee who is doing his summer internship with Bain & Co. and reports that more than 300 students have signed the petition. “It feels like a gut punch during a long, never-ending dream. We are asking that the university reverse that decision and do their best to provide additional financial support to the students.”

The petition with the demands is not the first and likely will not be the last as an increasing number of MBA students at elite business schools are growing frustrated over a confluence of issues related to the outbreak of COVID-19. Many international students, who have been unable to gain student visas to come to the U.S., are angry that their schools are not granting deferrals and forcing them to attend online classes or drop out. Most students are unhappy that most of their classes, even at schools that have declared they are moving to hybrid formats of both in-person and online classes, will be virtual.

And then there are the demands for tuition discounts for remote instruction (see The Student Revolt Over MBA Tuition For Online Classes) at a large number of schools, including the University of Pennsylvania’s Wharton School and Stanford’s Graduate School of Business. While some schools have refunded some fees to MBA students in the spring, no school has yet to discount their tuition, arguing that the pandemic has only increased their costs. NYU Stern’s MBA program is among the most expensive in the world, given its location in New York City where the cost of living is high. NYU Stern’s latest 3.5% increase in tuition follows a 3.5% increase in 2019. Only four other business schools–Wharton, Columbia, MIT, and Dartmouth–charged more for tuition last year.

But tuition is hardly the full cost of any program. An analysis of total costs, including room and board and fees, at top 25 MBA programs by Poets&Quants showed that NYU Stern had the second-highest price tag of an MBA in the world at $233,022 behind only MIT’s Sloan School of Management which was at $237,636 (see The Total Cost To Attend A Top 25 MBA Program Keeps Rising). Stern now estimates the annual costs of its MBA program at $119,251, making the total cost of the two-year program more than $238,000.

“As members of the MBA class, we are both trying to stay afloat during this time and are left wondering what jobs will be available when we graduate in the spring of 2021,” according to the letter. “Several of us were forced to take unpaid internships this summer, thankfully buoyed by the generosity of Stern alumni who filled the large gap otherwise left behind. Networking opportunities will almost certainly remain remote this coming fall, as the university has already informed us there will be no events with more than 50 individuals present. Some of us are registered for classes that are only online and will again be attempting to learn over Zoom. Many of us are in home countries abroad and will be forced to comply with a schedule of events from the other side of the world. None of this is the university’s fault. However, the university can and should take action to support the students in this unprecedented time.”

The students note that they have been told tuition rates are set in the budget for the upcoming year before the outbreak of the pandemic. Nonetheless, they are asking the administration to reverse the decision and, at a minimum, freeze tuition for the  2020-2021 academic year. “Additionally, we would like to request the university to consider providing a minor tuition reduction (5-10%),” according to the letter. “This would be in line with certain other MBA programs that have not just kept tuition flat, but have found creative ways to give back to their students.”

The petition claims that Stern is taking an unusually aggressive stance on tuition, perhaps referring to the decisions by Harvard Business School and the University of Chicago’s Booth School of Business to freeze their tuition last year (see HBS & Chicago Booth Hold The Line On Tuition Increases).

“From reviewing tuition at peer institutions, NYU Stern stands out as taking a particularly aggressive stance on tuition,” according to the letter. “Many of the other programs ranked in the U.S. News & World Report top ten are seemingly not raising tuition for 2020-2021. By taking a uniquely strong stance on raising tuition, against the interest of the students, we believe NYU Stern risks damaging its reputation and ranking, losing out on potential applicants and losing out on future alumni donations.”

The letter goes on to explain what the students believe they will be missing when classes resume this fall. “The MBA experience is at its core a transaction. Students are paying for a degree, a career transition, travel, education, networking, and an immersive experience. Unfortunately, COVID-19 has taken away much of that. And it has dramatically changed what is left. We understand there is no way to change it, but the product we are receiving is not the same quality we initially signed up for…Online education is not the same as what you can get in-person. Learning in a remote environment is emphatically more difficult and students do not gain the same education. Many studies have been published about the ZOOM fatigue, and that is very real during three-hour classes or six-to nine-hour days.

“We will not get to see many of our classmates again this year. Some of us are not able to gain entry back to the United States. Some of us expect to be remote all year. Networking will be different, and we will not build the same relationships as MBA classes elsewhere in the past have built. Lastly, we have expectations that the job market will be more competitive for lower pay than we have seen in recent years. Research has shown that students who graduate during a recession will earn less than those who do not. It will take us at least 10 to 15 years to make up that gap, if we can make it up at all. This will most likely impact all business schools, can companies are lowing costs and hiring fewer graduates. It is a byproduct of the current, environment, but still a reality we may face.”

Poets&Quants could not reach a spokesperson for NYU Stern for comment on the petition.

DON’T MISS: The Student Revolt Over MBA Tuition For Online Classes or P&Q Survey: A Third  Of MBA Admits May Defer, While 43% Want Tuition Lowered If Classes Are Online

Mon Aug 3 , 2020
(Bloomberg) — Goldman Sachs Group Inc. and Bank of America Corp. were left off Ant Group’s upcoming stock sale in Hong Kong because of their past work with rivals of its affiliate Alibaba, according to people familiar with the matter. Bankers have been told by senior executives at Alibaba Group […] 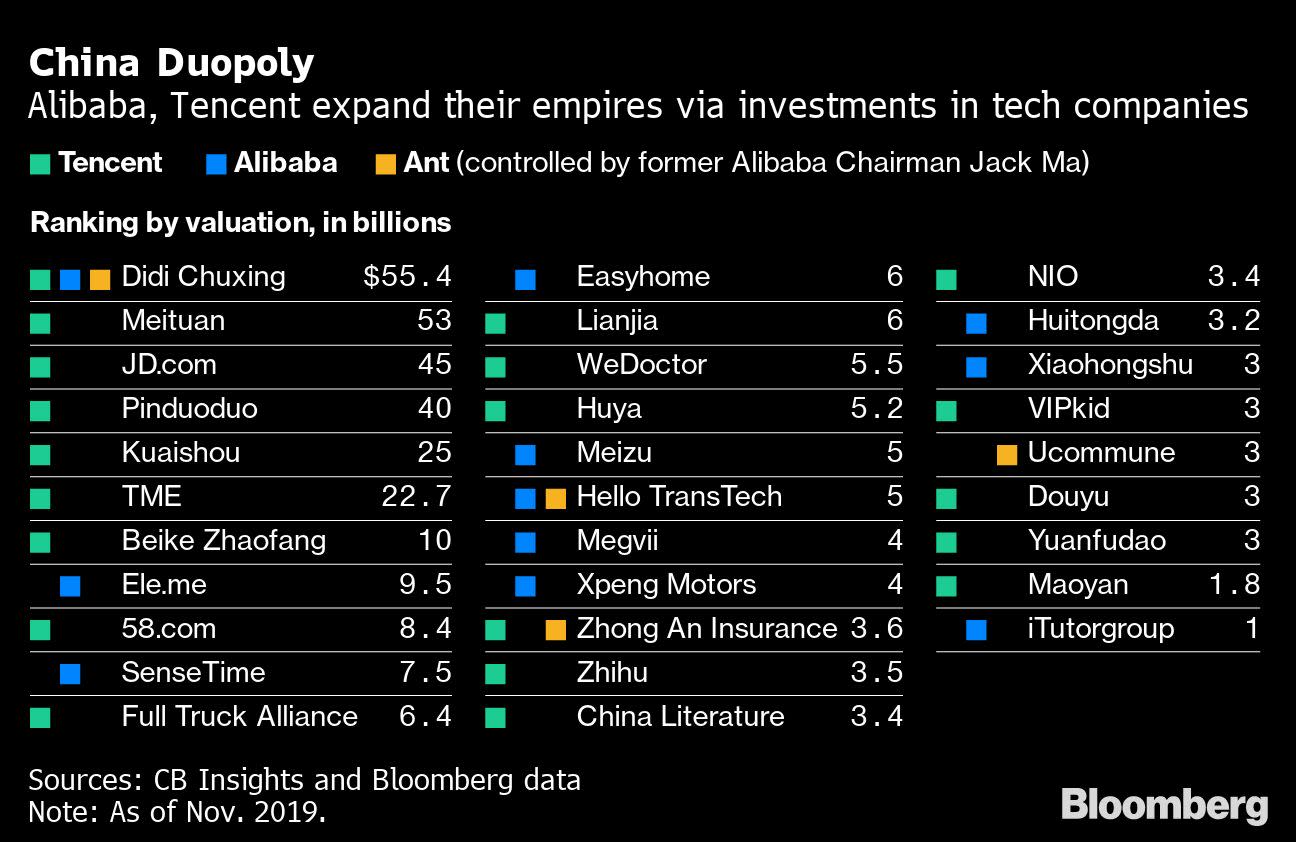