Governor Andrew Cuomo’s decision on whether to reopen New York City’s schools is among the most consequential he has had to make in months of grappling with the Covid-19 pandemic.

Beyond the risks to public health, at stake is the education of 1.1 million students, the livelihoods of their parents, the working conditions of 235,000 school workers and the ability of thousands of struggling businesses to employ people and survive. The governor has said he would decide on local districts’ plans by Friday.

Officials in the largest U.S. school district have spent the past five months planning for a hybrid schedule in which students would attend school one to three days a week, depending on a building’s capacity. The rest of the time, the district intends to offer online learning. But the split schedule causes as much difficulty as stay-at-home instruction, said Janine Harper, a former Parent-Teacher Association president at P.S. 770 in East Flatbush, Brooklyn, who decided to send her daughter to private school.

“I worried about my daughter’s need for socialization with other students, and the ability of the city to pivot quickly as conditions require,” she said. “I worried about whether our public school would have the resources we need. I wanted more of a micro-school that’s operating in small groups.”

“It’s not just a question of the state or the local school district pronouncing the schools will be open,” Cuomo said. “The parents are going to make the decision on a practical level.”

A few months ago, Cuomo sparred with de Blasio, insisting he alone had the authority to open or shut schools. Now he’s saddled with the politically fraught responsibility.

“Cuomo is in a bind,” said David Bloomfield, an education leadership professor at Brooklyn College and at the CUNY Graduate Center. “Either way, it puts him in a situation where he’ll be criticized.”

Parents are weighing the predictability of at-home learning versus reopening and then possibly shutting down again, said Bloomfield. Businesses, on the other hand, need workers, he said.

Across the U.S., Chicago, Los Angeles and other large systems have decided to begin exclusively online, making it more difficult for Cuomo to make New York the exception. That may give the governor a rationale to keep the city’s schools closed, Bloomfield said.

Even parents of children admitted to prestigious and selective programs find themselves filled with trepidation.

“One hundred percent remote learning for me, that’s my preference,” said Rasheedah Harris, whose daughter would have started fifth grade at one of the city’s five Talented and Gifted schools in East Harlem, a one-hour bus and subway commute from her home in the Bronx.

The city would have been better off committing to remote learning, providing supervised instruction for parents who need it, training teachers on how to be more effective, and pouring resources into entertaining and engaging programming, Harris said.

“I’m not sure she learned anything new from March to June,” Harris said.

Other parents say remote learning is not a viable option for their households. Kanika Ingram, 41, of Brooklyn’s Bedford-Stuyvesant neighborhood, has three children enrolled in the administration’s blended program. Her work for Verizon and her husband’s job at the U.S. Postal Service qualify them both as essential workers. The past several months have already required them to each take time off at reduced pay, she said.

“We have limited options and this was the least of multiple evils,” she said.

De Blasio’s administration has planned what he says is a tight regimen. If a student or teacher contracts the virus, the classroom would be temporarily closed, and other cases could result in a school-wide shutdown. Testing and contact-tracing programs would be in force throughout, the mayor has vowed. If the citywide rate of positive tests exceeds 3% over seven days the entire system would shut down.

“We are trying to maximize in-person learning for the good of our kids, because we know it makes a world of difference,” de Blasio said this week. “Online is a tool we will use when we need to use it, but it’s inherently imperfect.”

Department of Education spokeswoman Miranda Barbot said the city is doing everything possible to protect families. “We have a stricter threshold for reopening than the state, and will take swift and decisive action in the event there is a positive case in the building,” she said.

United Federation of Teachers President Michael Mulgrew has said he’s not ready to sign on to the city’s program until he’s sure that teachers and students will be tested as needed and have adequate protective supplies.

She said the blended model will force educators, students and parents to constantly juggle schedules, with different cohorts attending on varying days, increasing the risk of viral spread and causing logistical problems for working parents.

“From what we’ve heard from parents, they lean toward a shutdown,” Gripper said. “Many families are really skeptical about the Department of Education’s ability to pull this off well.”

Fri Aug 7 , 2020
The Lithuanian Film Center will present five classics of Lithuanian cinema in the Locarno Film Festival’s online screening room as part of Heritage Online, the festival’s recently launched, first-of-its-kind platform that will serve as a database of films that premiered prior to 2005. A highlight will be “The Girl and […] 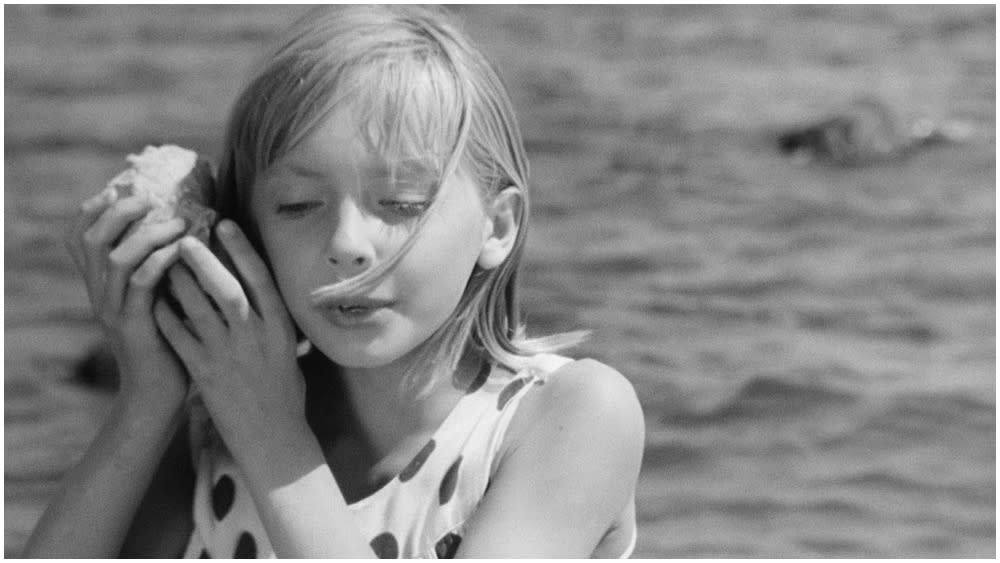