No more countries are to be added to the travel corridor list until the new year, although there may be some “emergency removals”.

While announcing changes to the roster of quarantine-free destinations in his weekly update on Thursday evening, the Transport Secretary, Grant Shapps, confirmed via Twitter that there will not be any changes until January 7 at the earliest.

Tour operators have been left frustrated by the continued exclusion of holiday favourites, such as South Africa, Jamaica and Egypt, all of which have far lower weekly coronavirus case rates than the UK.

There was further disbelief at the removal of Namibia, Uruguay and the US Virgin Islands – all three of which were only granted a travel corridor within the last month.

It leaves Britons with just 23 holiday destinations that can feasibly be booked over the Christmas period, with Madeira, the Maldives and Chile among the places open to tourists and on the UK’s quarantine-free list.

The new restrictions come into effect on December 19, meaning those returning to England will have to self-isolate for 10 days, or pay for the Government’s struggling Test to Release service for the chance to leave quarantine after five days.

‘It is not going to be an easy January for travellers’

Paul Charles, CEO of travel consultancy The PC Agency, believes that the decision to suspend new travel corridors until January 7 offers some stability for those hoping to travel over Christmas. But relaxation might still be in short supply.

The Christmas and New Year period is quite unpredictable so I think that the UK government is concerned about adding countries to corridors and then being forced to remove them quite quickly as infection rates rise. It’s encouraging that it is creating some stability until early January but consumers still need to be flexible and adaptable should rates rise quickly while abroad. Having to regularly check how infections are changing makes for a stressful holiday.

It is not going to be an easy January for travellers due to likely higher case numbers in winter. I’d be booking trips for Easter onwards when there should be more certainty, more corridors and more optimism about how Covid is being beaten.

Thailand is set to relax entry restrictions for travellers from 56 countries, including the US and Japan, in an effort to revive its ailing tourism sector.

Tourists will be allowed to enter the country without a prior visa, but they will still have to undergo a mandatory 14-day quarantine, punctuated by three Covid tests.

Visitors to the country must also carry a health certificate showing that they have tested negative for Covid.

“The definition of which countries are low risk or high risk changes every day. So let’s allow them all to enter, but put them into quarantines upon arrival”, said Taweesilp Witsanuyotin, a spokesman for Thailand’s Center for Covid-19 Situation Administration.

Travellers coming from Australia, Italy and France will also be permitted to enter the country for up to 30 days, while those arriving from Argentina, Brazil, Chile, Peru and South Korea will be allowed to stay for up to 90 days.

Despite widespread outcry from environmentalists everywhere, Qantas found great success in its controversial ‘flight to nowhere’ – a seven-hour circuit, departing and landing at Sydney, which was priced between $575 (£445) and $2,765 (£2,145) and which sold out in 10 minutes.

Now the Australian carrier is back with a sequel: the ‘flight to somewhere’.

The ‘somewhere’ in this instance is Uluru, and rather than a single loop from Sydney and back, the one-off package includes an overnight stay at the nearby Sails in the Desert hotel.

The airline is now looking at other destinations for similar flights, with Tasmania and Norfolk Island both in the conversation.

Responding to the removal of Namibia, Uruguay and the US Virgin Islands from England’s travel corridor list, aviation trade body Airlines UK has called for a boost to the Government’s testing scheme:

Travel Corridors have been a lifeline for airlines by allowing quarantine free travel. Whilst the removal of corridors is obviously disappointing, the Government’s new Test to Release scheme offers an alternative to quarantine from countries not on the Travel Corridor list.

The latest removals make it all the more vital that the UK’s testing scheme evolves quickly and has as soon as possible in the New Year removed the need for quarantine altogether, which would make a huge difference to travellers and airlines, whilst we await the positive impact of vaccine rollout.

Australian tourists are in the crosshairs of an airborne killer that isn’t Covid-19. It is known as Australia’s deadliest place, yet some tourists are still visiting Wittenoom ghost town, which was abandoned because of an asbestos contamination linked to more than 2,000 deaths.

Perhaps bored due to the country’s nine-month international travel ban, Aussie tourists are ignoring health warnings to visit the curious spot, where they’re potentially exposed to lethal asbestos fibres. Australia closed its national borders on March 20 in response to the coronavirus pandemic, with its citizens since barred from taking overseas holidays.

While most Aussies have compensated by visiting the country’s endless beautiful beaches and forests, others have indulged in dark tourism, exploring ghost towns like Wittenoom. Some tourists have even been brazen enough to post photos of these risky visits on social media, bragging about their stopovers.

With 80% of the local economy dependent on tourism, the Galapagos Islands have been pummelled by the coronavirus pandemic and ensuing travel bans.

But hope has been rekindled after cruise company Lindblad Expeditions, launched a relief fund in partnership with not-for-profit organisation Island Conservation in a bid to rescue the Ecuadorian archipelago, famous for its diverse and unique wildlife.

“The people of Galpagos are struggling more than I’ve seen in my 53-year relationship with the Islands,” said Sven Lindblad, the cruise line’s founder and CEO.

“Stimulating the local economy through community micro-loans has the power to activate a thriving system — helping entrepreneurs and small business owners develop new ideas to complement sustainable tourism, and meeting the needs of the local community long after the pandemic is over.”

The Galapagos Island Relief Fund hopes to raise at least $500,000, with Mr Lindblad promising to give $3 for every $1 donated.

Evidence of a Covid-19 vaccination is not expected to become a requirement for international travel, the head of the World Travel and Tourism Council has revealed.

Gloria Guevara, CEO of the WTTC, said: “I don’t believe governments will request vaccination as a requirement [for travel] as they will kill their [tourism] sector.”

Speaking at an online conference hosted by the Commons Project Foundation and the World Economic Forum (both working to create a digital health app called CommonPass), Ms Guevara went on to say that testing would remain the key to reopening travel, with ‘digital health passports’ a more likely prospect.

Debate surrounding mandatory Covid vaccinations was sparked last month when the CEO of Qantas Airways, Alan Joyce, announced that vaccines will become “a necessity” for those wishing to travel abroad.

While travel restrictions within the UK are set to be lifted for five days over the Christmas period, almost two thirds of Britons are nervous about travelling through busy railway stations and airports, according to a new survey.

A poll of more than 2,000 people by travel think tank, Thrive, found that 63% of respondents are ‘worried’ at the prospect, while almost 17% said they are ‘very worried’.

In response to a question about official advice for those travelling abroad, 65% said they feel the Government is doing a bad job, although 53% did also say they have plans to travel between now and the end of 2021.

As of today, the UK’s seven-day case rate for coronavirus infections stands at 242 per 100,000 people.

Critics of the Government’s travel corridor decisions have argued that is makes little sense to exclude top travel destinations where the caseload is far lower: South Africa (97); Jamaica (17); Egypt (4); Kenya (6); Mexico (57) – to name but a few.

Read more:  These countries must be added to the travel green list next

Heathrow Airport has opened a new drive-through Covid testing site which will soon be able to process up to 5,000 tests a day.

The 24-lane facility, which will soon have two on-site laboratories, offers gold-standard PCR tests, which are accepted by most countries which require pre-departure testing for entry.

The tests cost £80 for passengers and £99 for the wider public, with results sent via email or text the following day.

Heathrow chief executive John Holland-Kaye said: “We’re delighted to host this site which will help our passengers to get away safely in time for the festive season.

“Testing is crucial to the UK’s recovery from this pandemic and we look forward to working with ExpressTest, government and our airlines to better understand how pre-departure testing could be used to eradicate the need to quarantine on arrival.”

As ever, the travel corridor update has provoked a strong reaction from Twitter-users:

Please stop with this joke of a travel corridor and actually do something to help the travel industry, before there isn’t one left!!
Would be handy if we could remove MPs each week for the ridiculous things they come out with!

‘Certainty’ – you have a nerve in using that word, they way that you & your colleagues in government have left the outbound travel, tourism & aviation industries over the past 5 months, since the blanket FCO ban was withdrawn. No other sector has to deal with so much uncertainty!

​Before we begin, here’s a quick look at Thursday’s main headlines:

Fri Dec 18 , 2020
Sony is pulling the much-hyped Cyberpunk 2077 from PlayStation stores around the world, the firm said Friday, after a flood of complaints and ridicule over bugs, compatibility issues and even health risks. The dystopian-themed title is reportedly one of the most expensive video games ever made, and its December 10 […] 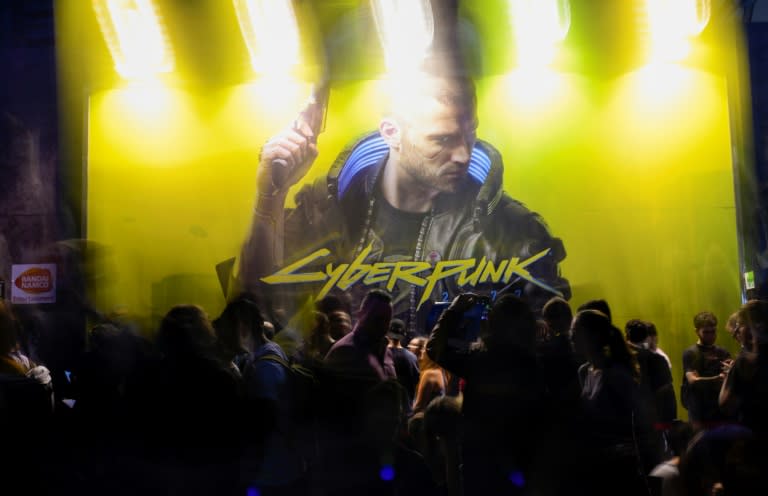