© Provided by The Print


New Delhi: The Indian armed forces have revised the quarantine policy for members of each service, at a time when the ongoing tensions with China at the Line of Actual Control in eastern Ladakh have fuelled an additional deployment of troops in the region.

The new guidelines state that soldiers who come back to their designated military base after domestic air travel will not have to undergo the 14-day quarantine.

ThePrint had reported in June that Directorate General of the Armed Forces Medical Services had issued guidelines a week after the Galwan Valley clash of 15 June, in which soldiers returning from leave or temporary duties, or reporting for a new posting, would be exempt from the mandatory 14-day quarantine, unless a clear Covid-19 infection risk was established.

While it is not clear if all military bases followed these guidelines, the number of Covid-19 cases had significantly increased among the armed forces. Sources said local orders were still in place in several military stations, mandating 14-day quarantine for people returning from leave or temporary duties.

Government data showed that until September, there were 16,758 Covid-positive cases in the Army, 1,365 in the Navy and 1,716 in the Air Force. There had been 32 fatalities among Army personnel, three in the IAF and none in the Navy.

Problems with leaves and temporary duties

The new guidelines make it clear that serving personnel travelling by air for temporary duty will not be required to undergo the mandatory quarantine period of 14 days on arrival at the station they are travelling to. The guidelines emphasise that air travel poses minimal risk of Covid-19 transmission.

The guidelines further state that if the duration of the temporary duty is seven days or less and a clear case of contact with a Covid-positive or suspected patient is not established, the personnel will be exempt from 14-day quarantine at their home station if they travel by air. This would also apply to people going for leave and rejoining via domestic air travel.

Those service personnel exempt from quarantine will monitor their health and report symptoms suggestive of Covid-19, if they appear, and will also have to fill up self-declaration forms.

A senior Army officer told ThePrint that because of the pandemic, short-duration leaves were stopped, as 14 days of quarantine were considered too many for a leave shorter than that.

“Even long-duration leaves were difficult to manage for all ranks. Temporary duties were virtually stopped. The new guidelines will ensure everyone can avail leaves, even short ones,” the officer said. “It will also serve the requirement of having the maximum number of soldiers available for operational duties.”

The guidelines issued in June had stated that temporary duties of less than seven days should be avoided unless absolutely urgent.

They also did not specify air travel, and stated that if personnel have travelled from one station of duty to another without any halt in between, and used service transport or their own vehicle for the journey, they would be exempted from the mandatory quarantine.

Tue Oct 20 , 2020
Columbia, S.C. ‘What issues,” Sen. Lindsey Graham was asked at a recent debate, “will you dissent from your party on?” Mr. Graham, slouching over his podium, grinned wryly and said: “How long do you have?” Mr. Graham, who has spent much of his 18-year Senate career fielding attacks from the […] 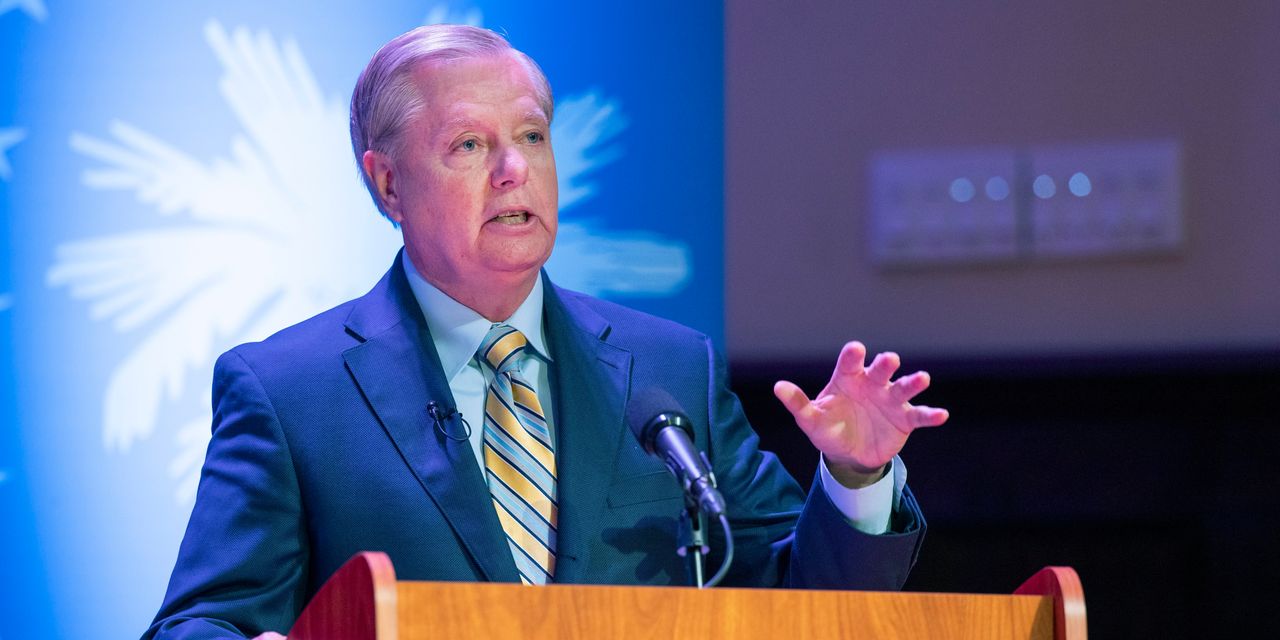