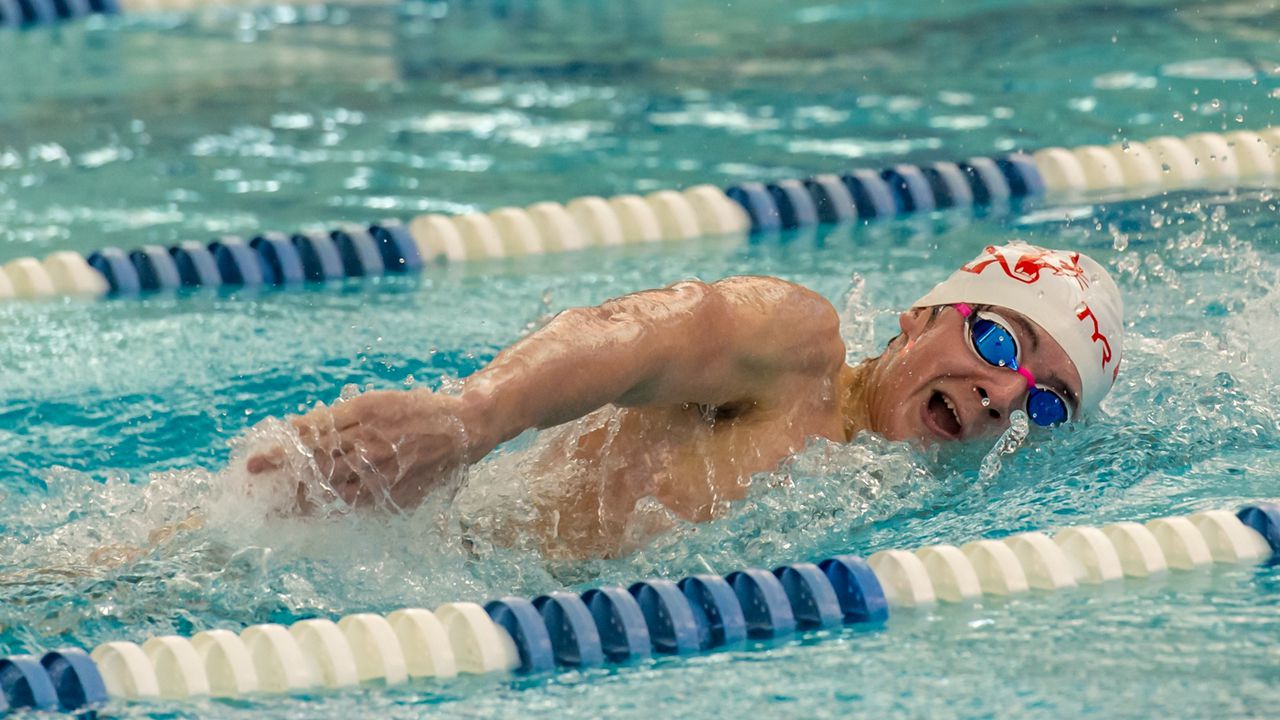 The swim season is in full swing with exciting meets across the state leading to shifts throughout the rankings.

Not every team that climbed the rankings did so off of a victory, with impressive times highlighting efforts amid a statewide schedule that is more unbalanced than usual.

*Records are based on meets submitted through www.njschoolsports.com by Monday, March 8

Cherry Hill East has had about as dominant a start to the season as it could’ve hoped for. The Cougars graduated a ton of star swimmers from a loaded senior class, and have been seemingly just as dominant this year. Cherry Hill East has a perfect record, while scoring more than 100 points in all five of its meets, and has already swam the toughest portion of its schedule with wins over Shawnee, Moorestown, Cherokee and Haddonfield. The times the Cougars have posted in those wins show their record is much more than a product of their schedule.

Pingry is the only other team in the state with an argument for the top ranking, swimming to a perfect record despite facing one of the state’s tougher schedules. The Big Blue have already taken care of Bridgewater-Raritan and Montgomery, two teams that reached their respective state championship meets a year ago, and have posted some of the fastest times in the state. Pingry is loaded with star swimmers, and have relay times that stack up against anyone.

Bridgewater-Raritan showed against Pingry that it isn’t the same dominant force it was a year ago, but from what felt like a 1B isn’t that far this season. The Panthers still kept Pingry below 100 points while showing off its superior depth, keeping the meet close despite only pulling off two first-place finishes. That isn’t meant as a knock on its center lane swimmers either, with Bridgewater-Raritan likely holding the advantage against most teams not named Pingry.

Egg Harbor has taken care of business so far this season, making easy work of Ocean City in its toughest meet of the season. South Jersey squad is coming off a memorable season and has the chance to build off that success with a shot at a perfect record this year.

St. Augustine entered this season with high hopes after coming off a Non-Public A final appearance. The Hermits haven’t disappointed with a perfect record so far and a win over Mainland.

Westfield put up its first two wins of the season in dominant fashion, taking down county foes Cranford and New Providence. The Blue Devils seem as strong as ever, with impressive times through the freestyle events as expected. Westfield will get a few big chances to make statements this season with meets against Summit, Scotch Plains-Fanwood and CBA.

Simply put, CBA is as good as ever. The Colts have dominated Non-Public A for the last decade, and have been one of the elite programs during that time. That hasn’t changed this year with CBA not only possessing those center lane swimmers, but has an enviable amount of depth behind it that would make it a tough out against any team it faced.

Seton Hall Prep came into the season with high expectations, and proved why in one of the fastest meets of the year. The Pirates posted some of the fastest times of the week, highlighted by both a freshman, Richard Poplawksi, and a senior, Jaedan Yburan, to make good on the promise surrounding the program. Seton Hall Prep almost made things look easy against Newark Academy, in a contested meet where both teams posted state-leading times.

St. Joseph has yet to have a posted result so far this season, but enters this season with high expectations after its success the previous couple seasons.

Bergen Catholic hasn’t disappointed early in the season, making a strong case to be considered Bergen County’s best team with two convincing wins, knocking off both Ridgewood and Paramus Catholic.

St. Peter’s Prep has made it a point to load up its schedule during this shortened season, and the first part of that was a meet against Scotch Plains-Fanwood. The Hudson County power took care of business, taking down the Raiders in a rare in-person meet for both programs to continue its hot start to the year.

Montgomery has already showed last season wasn’t just a flash in the pan. What was supposed to be a special season with a talented senior class opting to all swim their final season, has evolved into a program with staying power. Montgomery still boasts some of the most talented swimmers, regularly ranking toward the top of the state with their posted times, with enough depth around them to make things interesting.

Few teams have had as unexpected as start at Summit, which started the season with modest hopes in its own conference, and has already toppled one of its biggest foes while posting times that make it look like it could be the best in the county. The Hilltoppers have had swimmers exceed expectations across the board, with that highlighted by the win over Scotch Plains-Fanwood that has Summit firmly entrenched in the rankings after starting the season on the outside looking in.

In some ways it was a tough week for Scotch Plains-Fanwood, which suffered its first two losses of the season, but the Raiders also have plenty to celebrate. Those two losses came against ranked foes Summit and St. Peter’s Prep, with the latter meet an in-person contest that showed just how dangerous Scotch Plains is this season. The Raiders nearly took down St. Peter’s Prep in an eight-point meet, and posted the times to justify their standings in the rankings.

Haddonfield seems to be following in the footsteps of its girls program, as it is rising from a Public C contender to one of the state’s top swim teams. Haddonfield already put together impressive results with wins over Moorestown and Cherokee, two programs it lost to last year, but also gave Cherry Hill East arguably its toughest meet of the season. Haddonfield’s center lane talent is right up there with the rest of the state.

Newark Academy seemingly came out of nowhere. Last year the Essex County squad fell short of reaching the Non-Public B final, but this year has showed impressive potential. Newark Academy gave Seton Hall Prep a battle despite its loss, and posted some of the best times in the state amid the loss. It was more than its center lane talent too, with Newark Academy posting outer lane times that make it look like it’d be competitive even against some of the state’s best.

Chatham just keeps chugging along, improving its record to 5-0 with wins over Hanover Park and Morristown-Beard in the last week. The Cougars have put up competitive time, and have the depth to make the case as the NJAC’s top team.

Moorestown might not be the same program as in the past, when it regularly seemed like the team to beat in Public B, but it’s still pretty good. The Quakers took Haddonfield to the limit in their meet, one decided by just four points, and has fielded impressive relay times to solidify its state standing.

Cherokee only has the one winning but that’s partly due to playing in the toughest division in the South Jersey Swim League. The Chiefs’ two losses have come against Cherry Hill East and Haddonfield, with its victory and impressive affair against an Eastern team that would likely be leading any other division in a very deep conference.

Delbarton has continued its impressive start, adding a recent win over Madison to keep its record perfect. Delbarton has some of the state’s most talented swimmers, giving it a very strong freestyle relay, a and giving it the optimism that this is the year it can parlay those elite swimmers to wins in its biggest meets.

Get our HS sports newsletter here