After being released from the Scotland squad to make way for Duncan Taylor, who started on the bench against France after being drafted in, centre Nick Grigg is a surprise inclusion in the Glasgow Warriors team to play Munster at Scotstoun tomorrow for the first time since October 2018.

The 28-year-old will be joined in the Glasgow centres by Robbie Fergusson, whose appearance against Ulster a fortnight ago, was his first full 15-a-side game for four years.

With Stafford McDowall unavailable through injury and Grigg starting at 13, Fergusson moves to inside centre.

Grigg’s inclusion is one of four changes from the Glasgow side which was well-beaten in Belfast, that 40-15 defeat coming on the back of a home loss to Leinster.

Having won just one of their five Pro14 games this season, Glasgow are ahead of Conference A’s bottom two teams, Dragons and Zebre, on points difference.

With 22 players unavailable through injury or international duty, Wilson’s options are limited. However, having made his Warriors debut off the bench in Belfast, second row Lewis Bean will make his first start for Glasgow alongside Rob Harley in the engine room.

Elsewhere up front, Argentine prop Enrique Pieretto continues at tighthead after making his first start against Ulster, with loosehead Aki Seiuli and hooker Grant Stewart alongside him in an unchanged front row.

The back row is also unchanged for the fourth successive match, with captain Ryan Wilson playing at blindside, with Tom Gordon at openside and Samoan internationalist TJ Ioane at No.8.

Behind the scrum, there is a change at scrum-half where Sean Kennedy makes his first start at Scotstoun since November 2012, where he partners Peter Horne, who starts at stand-off once again.

Tommy Seymour and Robbie Nairn both come into the back three after missing the match in Belfast, with Glenn Bryce retaining the full-back shirt.

Nairn’s inclusion means that Niko Matawalu moves to the bench. Joining the Fijian on the replacements bench, after a late cameo in Belfast, Caleb Korteweg could make his Scotstoun debut after being named amongst the replacements. Alex Allan and D’arcy Rae are once again named as the replacement props, joining Johnny Matthews as the front-row cover for Monday night.

“Munster are a good side and a tough challenge, but we know we have the players to be able to go out there and execute,” said Wilson. “It’s nice to welcome Nick [Grigg] back into the squad. Although he’ll be disappointed to have been released by Scotland, tomorrow is a chance for him to get game time and he’s keen to come out and make an impact in the midfield.”

Sun Nov 22 , 2020
Ginger Floerchinger-Franks typically invites 10 people to her home in Boise, Idaho, for Thanksgiving dinner and cooks the entire meal herself, including her specialty, pumpkin soup. But the pandemic has forced her to devise a new plan: a socially distant potluck. Three households will each prepare a dish, and Ms. […] 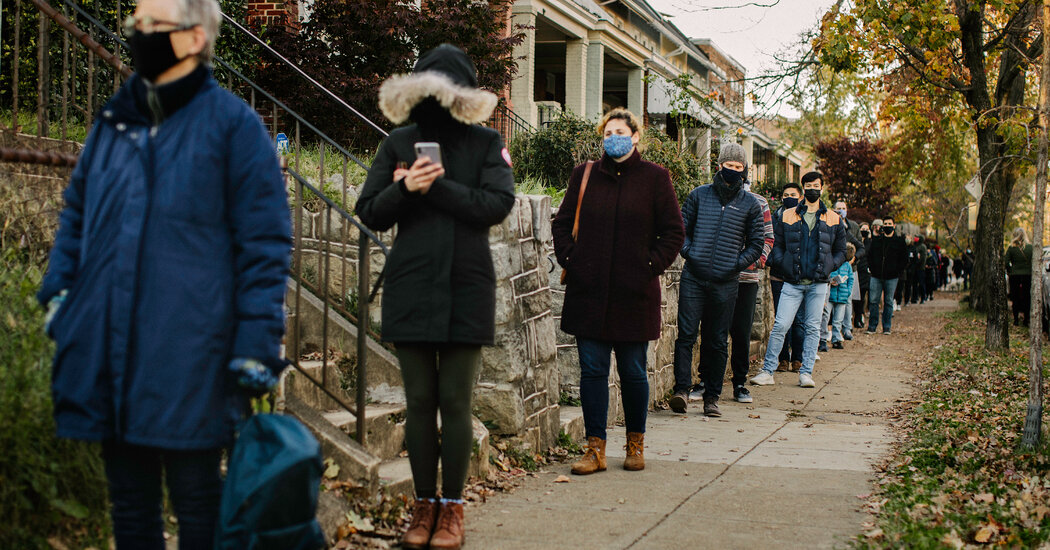