In normal times, NFL teams sometimes must scramble to find players during the season when a wave of injuries or other issues hit. In 2020, multiply those needs exponentially because of the coronavirus pandemic.

Helping out the 32 teams on a limited scale — for now — is the NFL Alumni Academy, run by Dean Dalton, who coached in the league for seven seasons and, as he says, “every time I have tried to leave the game, I’ve been pulled back in.”

The academy is located at Tom Benson Hall of Fame Stadium in Canton, right next to the hall itself. Its first class has included 29 players cut in the preseason, and since early October has undergone the kind of intensive work seen in training camps. An impressive array of teachers such as Hall of Fame tackle Anthony Munoz, and veteran coaches including Mike Tice and Dalton are working to provide another chance for these players, as well as aiding NFL clubs who repeatedly have found themselves shorthanded this season.

“The fundamental thing is we needed to have better NFL-ready players available,” says Dalton, who was with the Vikings from 1999-2005 and is well connected throughout the league. “In all other pro sports, there is some sort of feeder system or minor or junior league. All the college programs are our feeder system into the draft, but we don’t have an in-season model.

“It is tough to have a good pipeline of depth in season. The saying is true, that ‘championship teams have championship depth.’ The bottom of their roster is a little more talented. When you have the next-man-up program, if your guy is better, you have a chance to play longer into the playoffs.”

Historically, many of the next men up didn’t initially make it onto an NFL roster. Some of the players who were released after training camp this year are getting the chance to jump the line, in essence, by working at the academy.

For 2020, only offensive and defensive linemen and running backs have been invited. That has proven wise during the pandemic, when the academy is using a bubble approach for all its players, and a modified bubble for the coaches and other personnel.

There’s a player-specific hotel, transportation and catering for them. One locker room at the stadium, which usually hosts the Hall of Fame game in August and a variety of high school and college events, has become a weight room. The others are now meeting rooms, with ample social distancing.

Dalton and staff make available video workouts of each player to a portal exclusive to NFL personnel departments. It’s not how things were originally planned, but what is during 2020?

“We would have allowed scouts and personnel people from all 32 teams, we didn’t plan on the quarantining, etc.,” Dalton says. “They would have been able to come on campus to do interviews with players just as they do with the draft on college campuses. But this time they are scouting for their team for this week.

“Our players are evaluated in real time every day, and teams know they are healthy and in shape. And so when they bring them in, they know they are getting guys who football-wise, they are at a higher level.”

Thus far, eight players have been signed to practice squads, though several more have been brought in for workouts by NFL clubs. Everyone at the academy recognizes that being active for a game is a tougher task, what with the different roster rules this year in which teams can have veterans on their practice squads who routinely get the first opportunities to suit up for games.

“The work here is legit,” says Tavien Feaster, a running back who played at Clemson and South Carolina. “The NFL knowledge from the coaches and the intensity of the training make me even more confident that I will succeed in the NFL. I appreciated how quickly the players all bonded during our workouts and how the coaches really teach us about going to the next level.”

Ah, the next level. Dalton is hopeful that the long-term plan for the academy will reach fruition and it will provide players at every position the opportunity to impress NFL folks. Having the resources of the Pro Football Hall of Fame Village and the NFL Alumni Association certainly provide optimism.

“We look forward to adding more positions and more players to serve this win-win-win scenario,” he says. “To have an excellent caliber of players who are more prepared and NFL ready, we win. The players win because this is their opportunity.

“And the win for the game, it sounds altruistic, the game will have a better quality of product. Oftentimes, we see players who are supremely talented but they fail because of, say, off-field issues, and the whole thing we work on is the life skills aspect. That is a big value proposition for a team. We teach the guys and talk about that on a daily basis.

“We are modeling this after what a team does, and it is in season. We want the guys to have the same rigors of what goes on in an NFL week.”

Dalton laughs as he adds: “And we don’t have any game planning; we are teaching and coaching even more football.”

Sat Nov 21 , 2020
2020 IS not the year to test your loved ones’ patience by wrapping up lizard-covered cocktail spoons or anything silly and destined to gather dust. We’ve all been through too much. We don’t need clutter. We don’t want to spend a lot. We just want life to be easier. And, […] 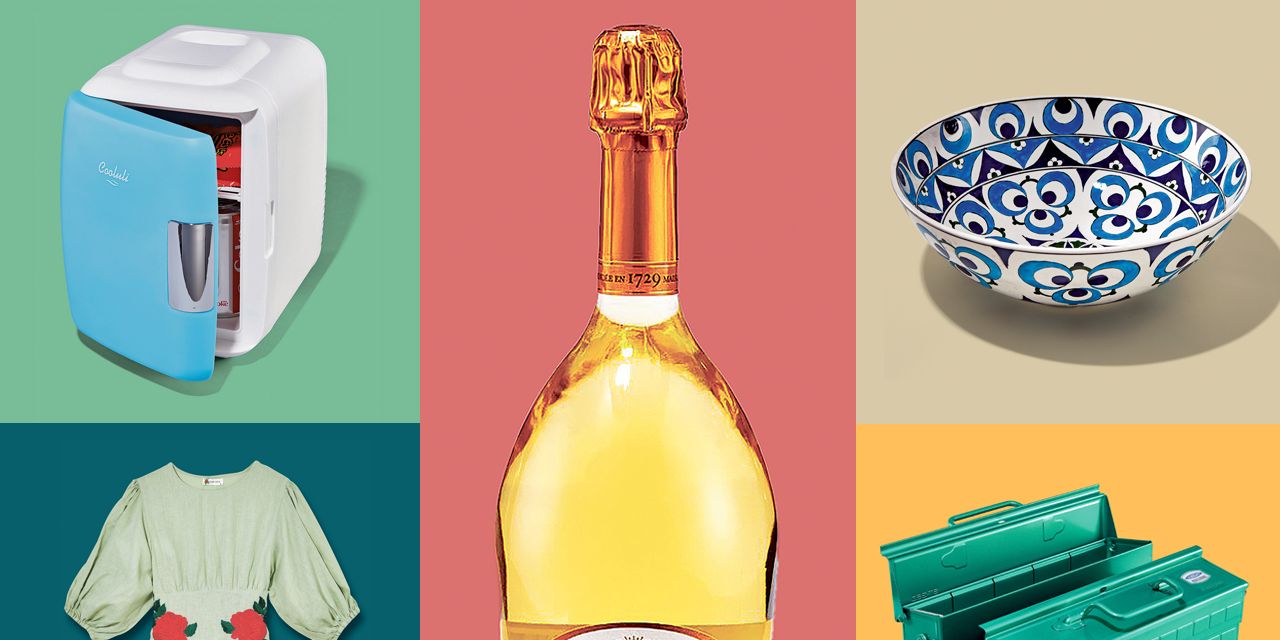