Issy Rushton had always dreamed of becoming an American college student. Ever since she was 15 and traveled to the states from her native country of Australia for a study abroad trip, she was hooked.

She began classes at the University of South Carolina in 2017 and prospered, becoming the first international student body president in the school’s history. Now a rising senior, she’s just a week away from taking the LSAT to set her up for law school.

Now, through no fault of her own, that dream — and the dreams of other international students who have come to America to study — has come into question.

Monday, U.S. Immigration and Customs Enforcement announced that all international students who are not taking in-person classes must either transfer schools or return to their home countries.

The rule will be “devastating” to not only students, but the institutions that house them, said Agnes Mueller, the director of USC’s Global Studies program.

“Their teaching capacity (would be) inhibited, and we can’t function with them leaving in the middle of the semester,” Mueller said.

Even before the new ICE rule, USC was projecting a 10% decrease in enrollment in the 2020-2021 school year because of COVID-19.

International students pay out-of-state tuition, which is $21,240 more per year than in-state students. They also spend their money in town while in school, buying groceries, paying rent, paying taxes and eating out — a boon to the local economy.

In South Carolina, the economic impact of the state’s 6,000-plus international students is nearly $206 million, according to a 2019 report from NAFSA: Association of International Educators.

The American Council on Education blasted the ICE decision as “horrifying,” in a statement signed by organization president Ted Mitchell.

Mitchell noted that the economic impact of international students nationwide is estimated at $41 billion.

“Iron-clad federal rules are not the answer at this time of great uncertainty,” Mitchell wrote.

The rule has also drawn questions of legality. American Immigration Council attorney Aaron Reichlin-Melnick said on Twitter that “lawsuits are inevitable,” and he encouraged international students to wait before returning to their native countries.

Rushton is from the Gold Coast of Australia, which is 14 hours ahead of Columbia. That means a class, lecture or any sort of live lesson or test held at 10 a.m. Columbia time would be held at 2 a.m. Gold Coast time if she were tuning in online from home.

It’s “impossible” to manage a full course load while being in such a different time zone, she said.

International students will be allowed to take some online classes, and if they do, colleges will have to certify to ICE that the students’ program is not entirely online and that the student is taking enough classes to make normal progress on his or her degree, according to the rule.

ICE had originally allowed students for the spring and summer semesters to remain in the United States while taking online classes because of the coronavirus pandemic, according to an ICE news release.

Rushton is currently scheduled for one in-person class and four online classes, she said. However, if coronavirus cases continue to increase and USC goes to fully online classes in the fall, she fears she would be “forced out of the country that is my home,” Rushton said.

The fear of being removed from America mid-semester because of all classes going online is a reasonable concern that other international students also share, said Mueller and Mitchell.

Unlike Europe, it is still possible for a U.S. resident to travel to Australia, Rushton said. However, it’s expensive and difficult. Not only would Rushton have to purchase a plane ticket, she would also be required to quarantine in an Australian hotel for two weeks at her own expense, she said.

“While I’d be allowed into my country, it isn’t accessible,” Rushton said.

USC spokesman Jeff Stensland said it is unclear how the rule could affect the state’s largest school. However, Stensland noted that USC is planning to return to a mix of in-person and online classes in fall 2020.

“I think this will have long-term consequences because international students will think twice before applying for a..visa,” Mueller said.

Tue Jul 7 , 2020
Day one of Johnny Depp’s libel trial in the U.K. kicked off on Tuesday as he and Amber Heard came face-to-face for the first time in years. The Aquaman actress looked on as Depp testified that while he’s taken “every drug known to man” he is not the “monster” she […] 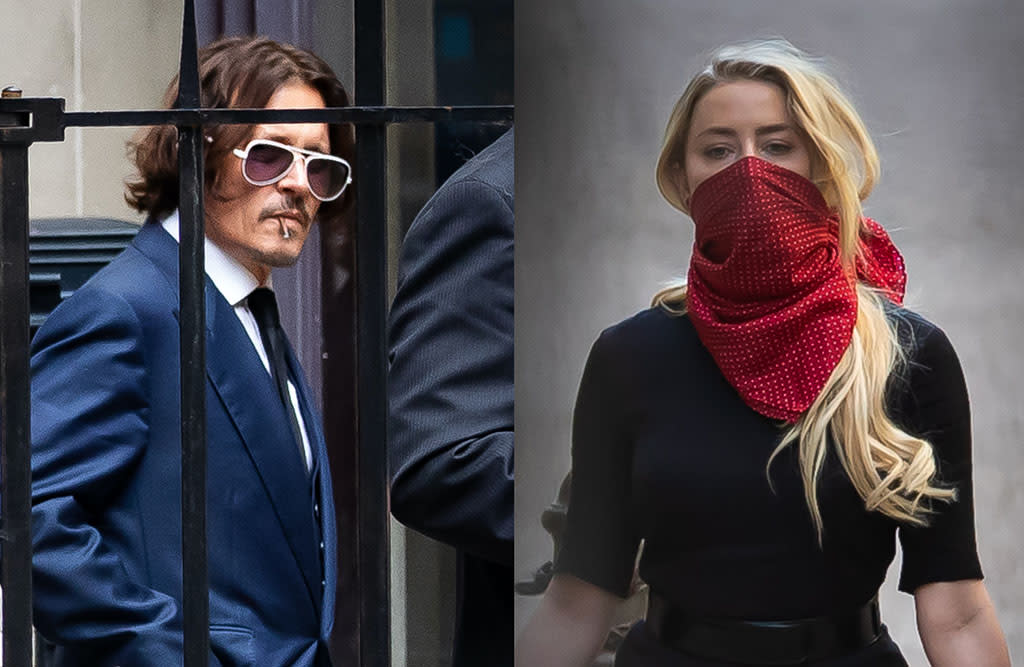