LONDON—Scientists around the world are racing to assess the dangers posed by a new variant of the coronavirus that has spread rapidly in Britain, as more countries shut their borders to travelers from the U.K. in an effort to keep it out.

Epidemiologists and virologists advising the British government say initial evidence indicates the new strain is more contagious than older variants, but that so far there are no signs that it causes more severe disease.

Transmissibility—how easily the virus spreads from one person to another—and the seriousness of the illness it causes are both important metrics for gauging the potential threat. And scientists say there is still much they don’t know.

Several changes, or mutations, were found in genes that code for the spike proteins on the viruses surface.

Spike proteins bind to receptors on the surface of cells, aiding viral entry.

Scientists are still studying the effects of these mutations on how quickly the virus spreads.

director of the U.S. National Institute of Allergy and Infectious Diseases, said he expects the variant will come to circulate in the U.S. if it isn’t in the country already, but said he didn’t believe it has been a factor in the current surge in infections in the U.S.

He said he doesn’t believe the U.S. needs to halt flights from the U.K., but that “I think you might want to consider the possibility of requiring people who get on a plane and fly from England to have been tested in the last 48 to 72 hours.”

Dozens of countries around the world have moved to curb travel from the U.K. The U.S. has not. New York has asked airlines to require all passengers from the U.K. to have a negative Covid-19 test before boarding flights to the state.

Health experts and drug industry officials say they expect newly authorized vaccines, which induce virus-busting responses aimed at different areas on the surface of the pathogen, will protect against the new variant.

Ugur Sahin, the chief executive of

on a vaccine, said Tuesday he thought the shot would work against the new version of the virus, but that if it is indeed more transmissible, it could raise the threshold needed to protect the community.

“If the virus becomes more efficient in infecting people, we might need even a higher vaccination rate to ensure that normal life can continue without interruption,” he said.

Yet David Dowdy, an epidemiologist at the Johns Hopkins School of Public Health, said higher rates of vaccination wouldn’t be necessary, even if the variant proves more transmissible, so long as enough people get inoculated.

“If we are able to successfully vaccinate a large fraction of the population, I don’t think the added transmissibility of this variant will be sufficient to overcome that very strong effect,” he said.

The U.K. government was alerted in recent days to data suggesting the new variant was spreading between 50% and 70% more rapidly than other strains of the virus.

British scientists looked at how frequently the new variant was detected, whether changes in its replication might make it more transmissible and what data on the correlation between the increase in case numbers and increase in detection of the new variant showed.

“All those three strands of evidence really all point in the same direction that this virus is a new variant that is slightly more transmissible than the existing virus,” said

a professor at the University of Oxford who is chairman of the Nervtag panel, which advises the British government on new and emerging respiratory virus threats.

Yet, he added, more research was needed to figure out how much more transmissible it is and the biology behind it. “We still don’t understand the exact biological mechanisms of that, there is still a lot of uncertainty about exactly how it’s occurring, exactly the extent of the extra transmissibility.”

British scientists have been actively monitoring mutations in the virus and have sequenced the genomes of 160,000 samples of new coronavirus, or 10% of all the cases of Covid-19 in the country. All told, British researchers say their work accounts for half of all the coronavirus genomes sequenced around the world since the start of the pandemic.

As they looked at the new variant, researchers found it had 23 mutations, 17 of which could have an effect on the virus’s behavior, including some on the spike protein that other research has found may help the virus to enter cells more effectively than earlier variants.

Despite the findings, many researchers say more work needs to be done to figure whether the changes have a real-world impact.

“The new variant is concerning, but there’s still a lot we don’t know,” said

a virologist at the Center for Global Health Science and Security at Georgetown University. “I don’t think we can make any conclusion about this besides that we need to look into this more.”

Among the matters researchers need to probe, several said, is whether the new variant is stickier and attaches to and enters cells more readily than other variants. Scientists must also study whether cells infected with the new variants produce more virus, and whether infected animals pass on the virus to uninfected ones more easily.

virologist and provost at Northwell Health’s Feinstein Institutes for Medical Research. “Viruses mutate all the time.”

This wouldn’t be the first time a new variant crowded out others during the pandemic, health experts said. Earlier this year, another variant—one that emerged in Europe that also had a spike-protein mutation—replaced the original one from Wuhan as the world’s most prevalent.

Lab studies showed the variant from Europe was better at infecting cells and transmitting among animals.

That variant, however, only had one change to the spike protein that could affect its function, said Vineet Menachery, a University of Texas Medical Branch coronavirus expert. The protein helps the virus enter and infect cells.

The new U.K. variant has almost two dozen mutations in total, according to the team that mapped it. Eight of those are in the spike protein gene. Several of the mutations could affect transmission, Dr. Menachery said.

Scientists found in a separate study that similar spike-protein changes facilitated viral entry into cells in laboratory experiments as well as transmission in animal models.

Scientists said they weren’t sure how a constellation of mutations would affect the virus’s ability to infect cells and to spread, but said they doubted the changes were enough to render current vaccines ineffective.

spokeswoman said the gene-based technology that produced its vaccine has the flexibility to alter the RNA sequence in the vaccine to cover new variants of the virus, if one were to emerge that isn’t well covered by the current vaccine.

Pfizer and partner BioNTech SE have tested blood samples from people immunized with its vaccine for its ability to neutralize multiple mutant variants, the spokeswoman said. To date, the companies have found consistent coverage of all the variants tested.

The companies are now generating data on how well blood samples from people immunized with their vaccine may be able to neutralize the new variant from the U.K.

—Sarah Toy and Bojan Pancevski contributed to this article. 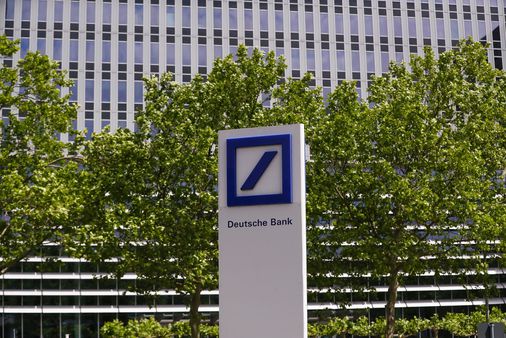