The bartenders, nurses, airport, casino and convention workers who help power Nevada’s economy rallied Tuesday in Las Vegas for a “Right to Return” ordinance that would require businesses to hire back employees who were laid off or furloughed because of the coronavirus crisis.

“Every one of those workers should have the right to come back to their previous jobs when business resumes,” The Save Our Jobs union coalition said in a statement. “They have lost their jobs through no fault of their own.”

Save Our Jobs represents roughly 87,000 workers across the state and the ordinance they are asking the Clark County Commission to place on the Sept. 1 agenda would ensure that employers don’t hire someone new before asking a former employee to return.

While the language is still being finalized, the coalition said it would cover both union and non-union workers.

“Workers have helped to build Nevada into the tourism and entertainment capital of the world,” the coalition statement said. “They take care of our sick, injured, and elderly residents. All workers make this city one of the best places to live and raise a family.”

More than 20 million jobs were lost nationwide after the pandemic hit and the move by the coalition comes as the recovery from the worst economic crisis since the Great Depression appeared to be flagging.

Nevada was among the hardest hit states in the country because two out of every five jobs in the state were in the leisure, retail, and hospitality industries, Business Insider reported.

The U.S. economy added 1.76 million jobs in July. But that was a steep decline from the 4.8 million jobs that were restored in June, according to the last batch of federal Bureau of Labor statistics.

And while revelers returned to the casinos in June two months after they were closed by COVID-19 and the neon lights on the famous Las Vegas Strip went dark, a lot of the jobs haven’t come back. And experts have said it may take years for the Las Vegas and Nevada economies to recover.

Back in June, the Wall Street Journal reported that the pandemic “hit Nevada’s workforce harder than any other U.S. state” and posed a possible “existential threat to Las Vegas’s business model based on bringing people together for gambling, entertainment and conventions.”

“We think that consumers are still going to be pretty reluctant to travel very far, to stay in hotels [or] to take part in gaming,” until there is a vaccine, Troy Walters, a senior economist with IHS Markit, told the Journal.

Nevada, as of Tuesday afternoon, had reported 61,967 confirmed cases of coronavirus and 1,077 deaths, according to the latest NBC News figures.

But the 25 deaths reported Tuesday in Nevada were a new high for the state. Although the number of new cases is down by 26 percent in the last two weeks from the two weeks before that, it is still much higher than in early June when the state was averaging a little more than 100 new cases per day.

ProPublica, the independent investigative news operation, warned in a pieced published Tuesday that when it comes to the coronavirus “what happens in Vegas doesn’t stay in Vegas.” The reopened casinos are “a likely hotbed for the spread of the novel coronavirus.” And the tourists who return home infected as hard to track down because “there is no national system in place for contact tracing.”

Nationally, the number of confirmed COVID-19 cases was nearing 5.5 million and the death toll as of Tuesday morning was close to 172,000, according to NBC News numbers. The U.S., which leads the world in both categories, has accounted for roughly a quarter of the 22 million cases and 776,000 deaths across the globe.

Most of the new cases and deaths in the U.S. have been in Southern and Sun Belt states that reopened at the urging of the Trump Administration as the numbers of new COVID-19 cases were starting to climb.

Currently, though, the state with the highest rate of infection is Louisiana, which has nearly 3,000 cases per 100,000 residents, public records show.

Gov. John Bel Edwards, a Democrat, won a legal battle Monday when a federal judge refused to block the governor’s order to stop the spread of the virus by shutting down bars. Ten bar owners had sued the state to stay open.

“The case turns on a classic who-decides question: As between democratically accountable state officials and a federal court, who decides what measures best protect Louisianans during a global pandemic?” U.S. District Judge Martin Feldman wrote. “The answer is state officials.”

Wed Aug 19 , 2020
(Bloomberg) — The coronavirus outbreaks in Florida and California showed signs of easing. U.S. House Speaker Nancy Pelosi indicated that Democrats might cut their economic stimulus proposal to seal a deal for a Covid-19 relief package. Finland’s prime minister is being tested for coronavirus, while Germany’s chancellor ruled out any […] 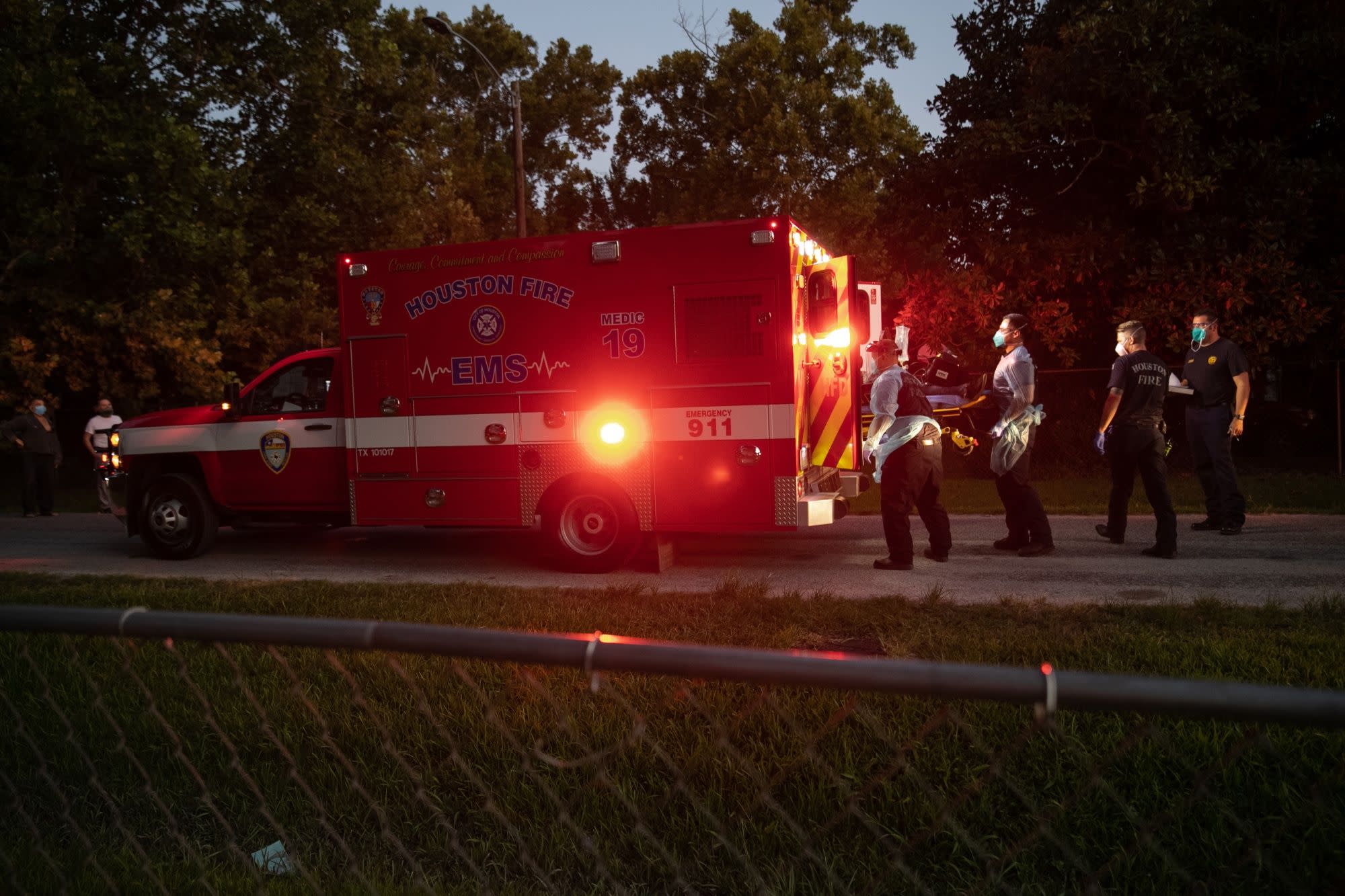