LAS VEGAS (AP) — About 1,500 employees in the largest school district in Nevada could lose their jobs if students do not return to in-person instruction this school year, according to a staffing report.

The Clark County School District Board of Trustees requested the report to determine the potential effects of remaining in a distance learning model throughout the 2020-2021 academic year. No decision on that has been made.

Chief Financial Officer Jason Goudie said the cuts would apply to about 1,480 positions “directly connected to the physical presence of students in the school buildings,” including 700 custodians, 650 bus drivers, 100 transportation support employees and 30 school police officers.

The district said in a statement after the meeting that it would continue to evaluate all positions within the district and “make additional reduction recommendations if appropriate.”

There is currently no scheduled vote on the recommendations.

The district, which has about 307,000 students and 40,000 employees, started the new school year in August with distance learning and an exception for seven rural schools operating in-person classes. A proposal to bring students back in January for partial in-person learning never reached a vote by the board last week because of a surge in COVID-19 cases.

The number of infections is thought to be far higher because many people have not been tested, and studies suggest people can be infected with the virus without feeling sick.

For most people, the new coronavirus causes mild or moderate symptoms, such as fever and cough that clear up in two to three weeks. For some — especially older adults and people with existing health problems — it can cause more severe illness, including pneumonia, and death.

— MGM Resorts International announced Friday that two of its Las Vegas Strip casino-resorts, The Mirage and Mandalay Bay, would close their hotel towers Monday-Thursday. Other amenities at the resorts, including the casino floor, will remain open. The company earlier announced similar closures for its Park MGM property.

Toronto Raptors to Start Season in Tampa Due to Coronavirus

Sat Nov 21 , 2020
Mike Ehrmann/Getty Amalie Arena The Toronto Raptors are heading south for the winter. Raptors President Masai Ujiri announced on Friday that the Canadian team will make its home base in Tampa, Florida, to begin the upcoming season due to restrictions in the country over the novel coronavirus (COVID-19). “The Raptors […] 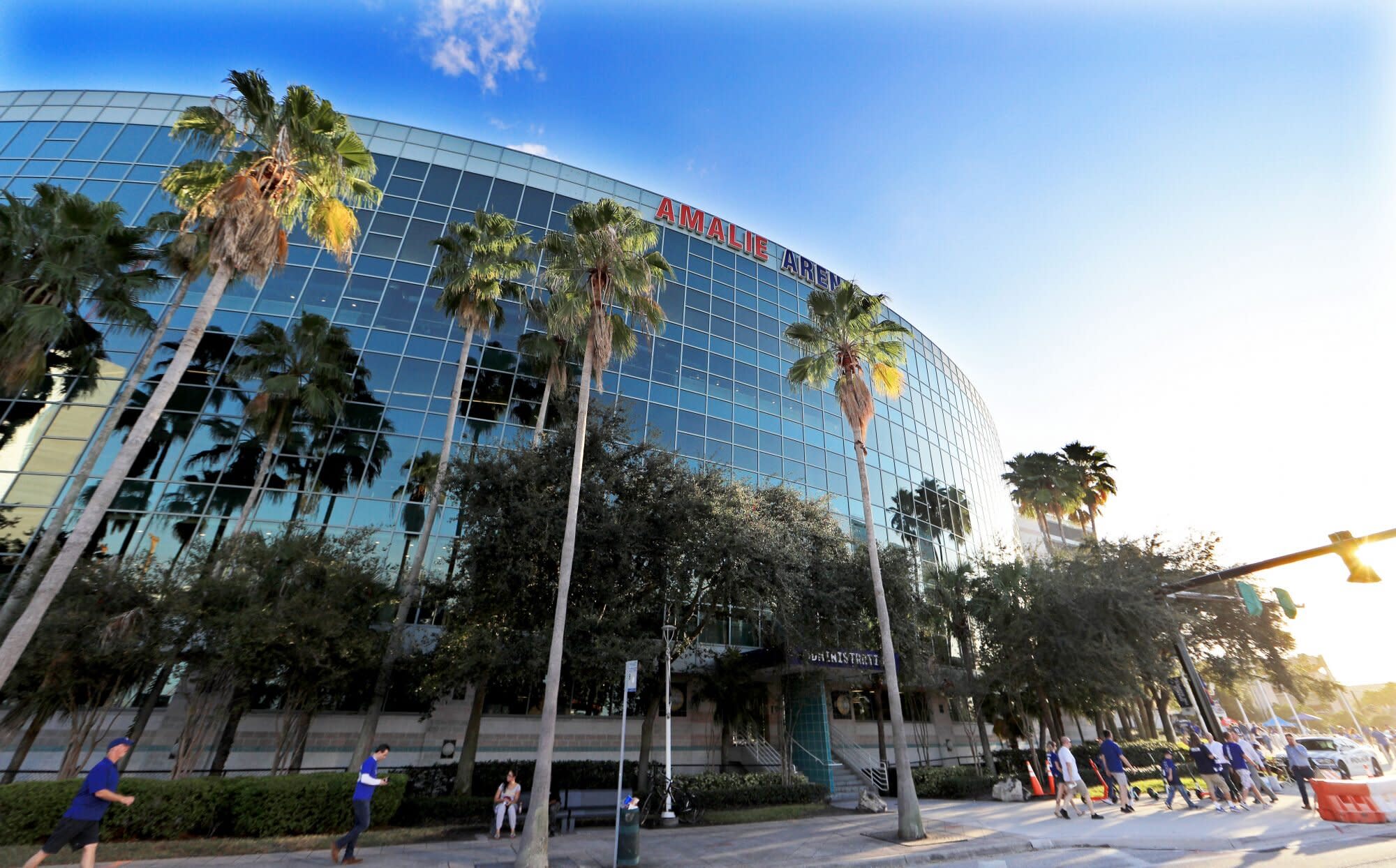