New streaming movies are coming to entertain you and your family during socially distanced times.

This weekend, Netflix rolls out an awards contender in a timely Aaron Sorkin courtroom drama, and because it’s Halloween season, there’s plenty of horror to be had, too: The next two films (following the first pair last week) in producer Jason Blum’s “Welcome to the Blumhouse” anthology series have arrived on Amazon, and Shudder has its own collection of four twisted tales.

If that’s not enough to get you online and watching movies, the virtual AFI Fest runs Oct. 15-22 with some high-end fare, including the Rachel Brosnahan crime drama “I’m Your Woman,” family drama “The Father” with Anthony Hopkins and Olivia Colman, and the documentary “Belushi” about late comedy icon John Belushi.

Review: Aaron Sorkin’s ‘The Trial of the Chicago 7’ packs its courtroom with stellar cast

‘Mass incarceration is slavery’: New documentary highlights the fight for clemency in ‘Time’

Here’s a rundown of new movies hitting streaming and on-demand platforms this week, for every cinematic taste:

If you need an entertaining history lesson: ‘The Trial of the Chicago 7’

Sorkin delivers a rousing, immersive chronicling of the infamous trial that followed a violent clash between protestors and Chicago police at the 1968 Democratic National Convention. It’s a stellar cast across the board, though Sacha Baron Cohen is a standout as revolutionary Abbie Hoffman and Emmy winner Yahya Abdul-Mateen II (as Black Panther head Bobby Seale) might need to clear some more shelf space.

If you’re down for a post-apocalyptic romantic comedy: ‘Love and Monsters’

Those who’ve been stuck at home might find empowerment – and a bunch of fun – in the tale of a young dude (Dylan O’Brien) who, after living in an underground community for years, decides to traverse a landscape now inhabited by giant, mutated critters to find his long-lost love (Jessica Henwick). Come for the Hell Crab, stay for humanity getting its groove back.

If you want to be angry for a good two hours: ‘Totally Under Control’

Alex Gibney’s equally informative and maddening film (which hits Hulu on Tuesday) is pretty much essential viewing. The documentary about America’s response to COVID-19 is uncannily up-to-date – it was finished one day before President Donald Trump announced that he tested positive for coronavirus – and impressively thorough, mapping out the entire international crisis from the initial breakout in China to many bungled attempts to contain the virus in the U.S.

Where to watch: Apple TV, Vudu

If you want to cry for a good two hours: ‘Clouds’

Get your tissues out because the drama, based on a true story, engages all the feels. Fin Argus stars as Zach Sobiech, a Minnesota teen with terminal bone cancer who uses his last months to create inspiring music with his best friend (Sabrina Carpenter). Subplots galore do a number on the cohesiveness, but, man, it’ll emotionally wreck you anyway.

Where to watch: Disney+

If you’re curious to see a sensitive take on the college comedy: ‘S#!%house’

Writer/director Cooper Raiff stars as a homesick college freshman with no friends (other than a stuffed animal) thinking about going home. But things begin to turn around when he attends a raucous party and forms a strong connection with his RA (Dylan Gelula). Anyone who spent some time in higher education will find a lot of familiar awkwardness to be had.

If you’re yearning for a riveting true story: ‘Time’

Director Garrett Bradley’s black-and-white documentary depicts Louisiana businesswoman Fox Rich’s two-decade fight to free her husband from a 60-year jail sentence. The film examines the treatment of people of color in the justice system and also presents its tight-knit family in absorbing fashion, interspersing footage of them in the present day with revealing home videos.

If you’re a K-pop neophyte: ‘Blackpink: Light Up the Sky’

Korean pop music has become all the rage on these shores (what’s up, BTS?) and there’s no bigger girl group than Blackpink. While it may seem strange to make a documentary about an ensemble that’s only been around for four years, “Light Up the Sky” nicely goes behind the music with the individual members as they navigate fears and fame.

If you never like your daughter’s boyfriends: ‘Evil Eye’

If you love classical music AND hellish horror: ‘Nocturne’

Maybe don’t play music that contains “the devil’s trill”? In this blood-soaked Blumhouse B-movie, an ambitious young pianist (Sydney Sweeney) learns that the hard way after she finds a dead classmate’s notebook – full of demonic drawings – and uses it to move up the ladder at the arts high school where her sister (Madison Iseman) is queen of the keyboard.

If you’re desperate for a kid-friendly creature feature: ‘A Babysitter’s Guide to Monster Hunting’

The fantasy adventure tries too hard to start a franchise with a plot centering on a teen girl (Tamara Smart) who joins a top-secret supergroup of babysitters battling a boogeyman (Tom Felton) using kid nightmares for nefarious purposes. It’s a hackneyed narrative made worse by Felton doing something akin to David Bowie by way of Jack Sparrow.

If you’re interested to see the new Crypt Keeper: ‘The Mortuary Collection’

Those who miss “Tales from the Crypt” will get a kick out of this creeptastic new anthology of scary stories and oddball mortician Montgomery Dark (Clancy Brown). Caitlin Fisher stars as a drifter applying for a job, and they swap four terrifying tales including one that twists the slasher archetype and another that takes a session of unprotected college sex to a squirm-inducing conclusion.

Where to watch: Shudder

If you think Kate Bosworth chewing scenery sounds like a good time: ‘The Devil Has a Name’

Edward James Olmos directs the dark comedy with David Strathairn as a widowed farmer who goes to war with a conniving oil executive (Bosworth) after her company poisons his water supply. The supporting cast impresses with Olmos, Martin Sheen and Alfred Molina, though Bosworth rules as an ambitious woman who not only has broken the glass ceiling, but stabs her enemies with the shards.

If you’re up for an underdog story with a parade of funny people: ‘The Opening Act’

Comedy fans will see a bunch of their favorites, including Whitney Cummings, Ken Jeong and Bill Burr, in the film featuring Jimmy O. Yang as an aspiring stand-up who quits his job and takes a gig emceeing at a Pittsburgh club. There’s a lot of on-the-job training as he learns what not to do from a rising star (“Saturday Night Live” regular Alex Moffat) and seeks sage advice from his childhood idol (Cedric the Entertainer).

If you believe Walton Goggins is a national treasure: ‘John Bronco’

Clocking in at under 40 minutes, the hilarious mockumentary follows the rise and fall of fictional pop-culture icon John Bronco, a rodeo rider turned pitchman for the Ford Bronco in the 1960s and ’70s. In the title role, Goggins channels Burt Reynolds as a cowboy with goofy charm alongside a couple of legends playing themselves, Kareem Abdul-Jabbar and Bo Derek.

Where to watch: Hulu

This article originally appeared on USA TODAY: ‘The Trial of the Chicago 7,’ ‘Clouds,’ more new movies to stream

Thu Oct 15 , 2020
ALPHARETTA/MILTON, GA — In addition to voting for president and vice president of the United States in the Nov. 3 general election, voters in North Fulton, will choose other candidates to represent them, including the seat for Georgia Representative 47th District seat. Incumbent Jan Jones will be running against Anthia […] 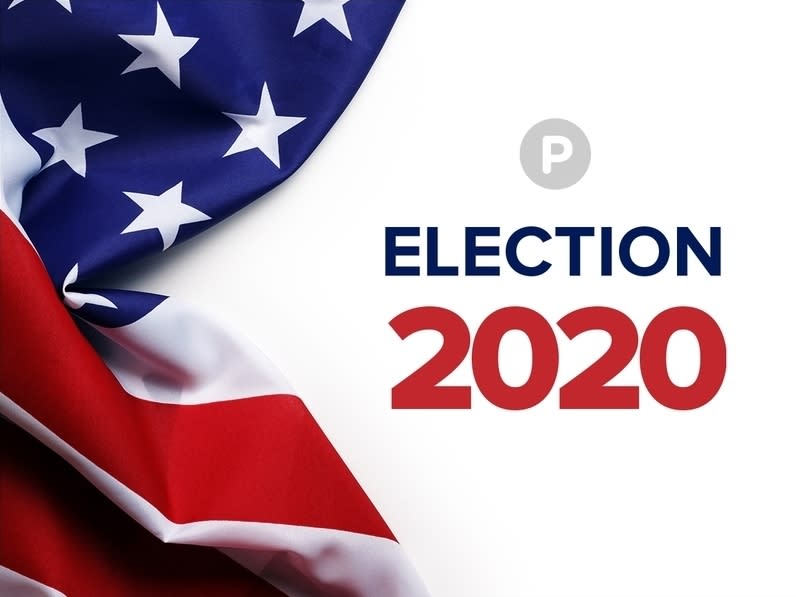