Love is pain. Maybe not all the time, but if the experience of watching Netflix’s Love, Guaranteed is any indication, chances are the struggle isn’t worth it and you’re better off giving up rather than exposing yourself to more pain. Love, Guaranteed stars Damon Wayans, Jr. and Rachel Leigh Cook as a man out to sue a dating website and the lawyer he unconvincingly but inevitably falls in love with.

Cook plays Susan, an attractive career woman who likes to drink a single glass of wine while staring out the window because she is lonely (this is driven home by the fact that her sister lives next door with a husband and child). Her law practice is floundering, not because of Susan’s considerable litigation skills, but probably because her two employees do no work and legitimately act like tertiary characters in a rom-com, which is a little on-the-nose.

Susan’s latest client is Nick, a perpetual bachelor who wants to sue the dating website Love, Guaranteed. Nick’s been on 986 dates (“with actual human women”), and once he hits a thousand with no success, the site’s fine print kicks into effect and promises some kind of compensation.

On paper, Love, Guaranteed sounds like exactly the kind of time-wasting nonsense we need. It has cynicism, sassy best friends, attractive leads, and every cliché short of a shared hotel room with one bed. Writers Elizabeth Hackett and Hilary Galanoy clearly know romantic comedy inside and out, but they pack in a laundry list of tropes without any of the circumstances that make them fun.

Susan, of course, hates online dating without having ever tried it, so her “employees” make her a fake profile to “help with the case.” They use a cute photo we’re supposed to believe is unattractive (“It was the only one where you weren’t working”) and gets immediate hits from a handful of hotties — or, alleged hotties, as Susan quickly learns that online dating can include catfishing, ghosting, and of course, just regular bad dates.

Love, Guaranteed feels more than out of step with Netflix’s rom-coms, and the recent spate of new entries to the genre in general. It is a movie that understands nothing about modern culture and how people engage with it. The Type A woman who Can’t Have It All feels outdated, her rejection of online dating nothing short of unrealistic. If you look closely every time she learns something new about dating or the internet, you’ll see a quick flash of Cook in centenarian makeup and also your own life flashing before your eyes.

Cook stuffs herself into the constricting role, but not a single character in this movie has dimension enough to be anything close to real — or more importantly, anything close to entertaining. Wayans is similarly stifled, as if director Mark Steven Johnson watched the actor’s winsome performances on New Girl and Happy Endings and thought the world needed to see that, but without charm, jokes, or general humanity.

Their “banter” is as hollow as a pool noodle but checks off boxes that only exist in movies, like how Susan must watch The Fugitive and Nick somehow hasn’t heard “I Think We’re Alone Now.” Neither piece of media plays a significant role, despite the name dropping. Nick is constantly floored by extremely normal things about Susan, like that she’s good at her job or doesn’t have dietary restrictions — which, to be clear, are often health concerns, not personality blemishes. Susan is “not like the rest” because she works nights and weekends, which is something Nick has apparently never encountered in his entire life despite being a successful working adult himself. For a man who has been on a thousand dates with them, he doesn’t seem to know much about women. At one point he tells her, “You don’t smell like a lawyer,” a sentence more bizarre and disturbing than the last two seasons of Westworld combined.

With all that working against the film, it’s no surprise you can’t tell when or how these two fall in love. There is a sad montage before the climax, and imagined stakes that amount to nothing. There is a big, dramatic declaration of love, which is not a spoiler because it features prominently in the trailer. It all boils down to a highly avoidable viewing experience and the hope that Hollywood opens up soon so that everyone involved in this can make it disappear.

What can you do this Labor Day in Sacramento? Eat at DoCo, catch a show and more

Thu Sep 3 , 2020
Don’t let the pandemic stop you from enjoying your long weekend. Labor Day weekend events are still happening in the Sacramento area, even if barbecues, travel and large gatherings have mostly gone out the window. We’ve compiled a list of socially-distanced options. Attend a socially-distanced concert Three nights of live […] 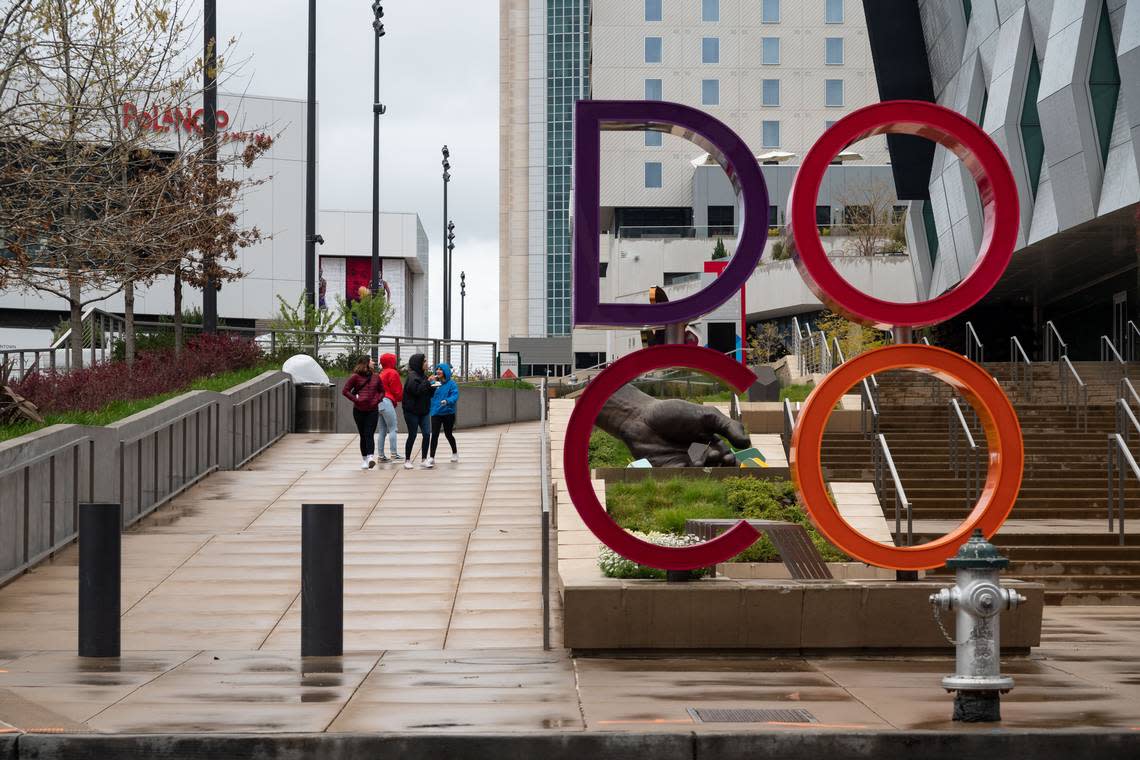