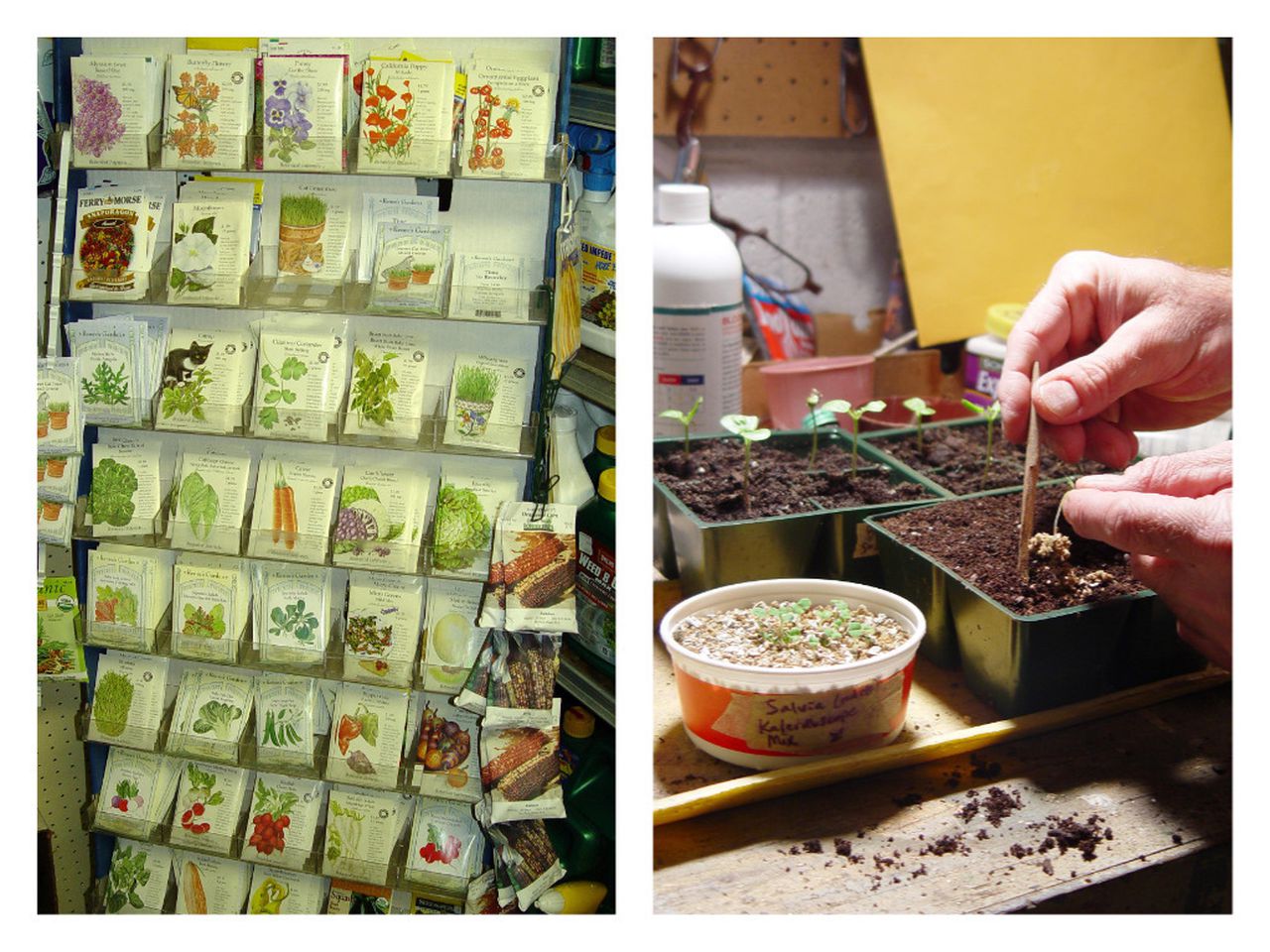 Another crazy season for seeds

Despite seed companies ordering more seed to head off a repeat of last year’s COVID-fueled ordering slam, seed-buying is an adventure once again this year.

Between gardeners ordering early and even higher demand than last year, many seed companies are back-ordering and selling out of selected varieties, taking longer than usual to fulfill orders, and in some cases, temporarily suspending orders or resorting to daily quotas and waiting lists.

What to do? Here are five tips:

1.) Get your order in ASAP with your favorite company.

Don’t be surprised if you run into warnings about longer-than-usual turn-around times or even having to get on a waiting list to order, as Fedco Seeds has been doing.

If you get shut out, delayed, or find that a variety you want is already sold out, try another company. Not everyone might be sold out of the same thing, and many sellouts are temporary until companies can refill more packets from their bulk-seed bags.

You’ll save shipping costs by ordering more from few companies, but if you really want a particular variety, you might have to make multiple smaller orders this year.

2.) Have a look at the seed racks at local stores and garden centers. These might not have the selection realm of catalogs, but they do give you seed in-hand instantly.

3.) Be willing to substitute. Seed-sellers say there’s no overall seed shortage – just sellouts in particularly popular choices and problems with getting bulk seeds in packets fast enough to meet all of the demand.

You might even find that you end up liking a substitute variety better than the one you’ve been planting for years.

4.) Don’t give up on seed left over from last year. Although a few crops (onions, lettuce, and corn, for example) are good only for a year or two, many vegetable and flower seeds are viable for three to five years – especially when stored well.

5.) Snoop around for or initiate seed swaps. Friends, neighbors, and fellow gardeners might have seeds left over from too-big packets that they’re willing to share or swap for your excesses.

Online offers often pop up on social-media platforms, while some garden clubs, local groups, and even an occasional library organize swaps.

The Iowa-based Seed Savers Exchange is a national (and free) seed-swapping service that also offers tips on how to start a local seed swap.

While you’re at it, you might want to get your order in ASAP for any live plants you plan to acquire online or by mail-order this year.

Those orders already are running high as well with vendors expecting more and sooner sellouts than usual and longer/later ship times.

How to repot a houseplant

If it’s been a year or two since you’ve repotted your plants, March is also an excellent time for that.

Houseplants often give clues when they’re ready to be repotted into fresh soil and/or to go into a larger pot.

One sign is when roots poke out the drainage holes or emerge out the top of the soil.

Salt from fertilizers also can build up in potting mix after a couple of years, which can cause browning in your plant leaves.

To repot, water the plant a few hours before getting started, and take care of any needed pruning.

Then get your new pot ready by filling it about halfway with fresh, good-quality, and slightly moistened potting mix.

Turn the existing potted plant over, and with your hand covering the soil, tap to remove the plant. If it doesn’t come out, use a knife to score around the edges and free tightly circled roots.

Fray out circling roots and gently remove as much of the old potting mix as possible. Some people gently rinse all of the old soil off of the roots.

Snip off any dead or broken roots and, if the plant is badly root-bound, snip off a few of the biggest, oldest circling roots. Try not to damage smaller, healthy roots.

Then spread the roots over the fresh potting mix in the new pot, adjusting the soil level so that the plant will sit at the same soil depth as in the old pot. The soil should end up about one to two inches below the rim to accommodate watering.

Firm the potting mix when you’re done, and give the plant a good soaking with a diluted houseplant fertilizer until the liquid drains out the bottom.

If you’re planting back into the same pot, disinfect it before replanting by scrubbing with a mix of one part bleach to nine parts water.

If you’re “potting up,” do it gradually. Increase the pot size one step at a time… no more than two inches larger each year.

And always make sure the new pot has one or more good drainage holes since soggy soil is the leading cause of houseplant death.

When to plant which edibles

It’ll soon be time to get those first few cool-season vegetables in the ground again.

Knowing when to plant each crop is very important since some need to get in and out before the weather gets too hot while others will croak if you plant too soon.

Also, some do best when direct-seeded into the ground while others grow best from young transplants – either store-bought or ones you’ve started inside from seed.

Here’s a crop-by-crop calendar – geared to the Harrisburg area – to help you know the timing windows and seed/plant preferences of our most popular edibles:

Basil: Direct-seed or plant transplants from mid-May through end of July.

Beans, dill: Direct-seed from mid-May to end of July.

Beets: Direct-seed from early April to end of July.

Broccoli: Plant transplants in April early-summer harvest and again from mid-July to mid-August for fall harvest.

Brussels sprouts, cauliflower: Plant transplants in April for early-summer harvest and in July for fall harvest.

Cabbage: Plant transplants from third week of March through April for summer harvest and mid-July through mid-August for fall harvest.

Carrots: Direct-seed between early April and end of July.

Chard: Direct-seed between mid-April and mid-July.

Collards: Direct-seed April through May for summer harvest and again in July for fall harvest.

Corn: Direct-seed from early May through end of June.

Cucumbers: Direct-seed or plant transplants between mid-May and mid-July.

Garlic: Plant cloves in mid-October to overwinter and harvest the following July.

Kale, turnips: Direct-seed in April for summer harvest and again in July for fall harvest.

Lettuce: Direct-seed or plant transplants in April through mid-May and again in mid-July through August for fall harvest. Heat-tolerant varieties can be direct-seeded throughout summer if kept watered and given some afternoon shade.

Okra: Direct-seed between mid-May and end of June.

Peas: Direct-seed from mid-March through end of April.

Potatoes: Plant seed pieces from late March and end of April for summer harvest and again from mid-June to mid-July for fall harvest.

Radishes: Direct-seed from late March through April for spring harvest and again from late July through August for fall harvest.

Spinach, arugula: Direct-seed from mid-March through mid-April for spring harvest and again in August for fall harvest.

Squash: Direct-seed from mid-May through end of June.