The same week the ballot question passed on Election Day, lawmakers introduced a bill that will launch the marijuana industry to provide guidance for regulations on licensing businesses and products. It did not earmark sales tax revenue from recreational cannabis sales for programs in communities disproportionately affected by the war on drugs.

Social justice advocates wouldn’t have it, criticizing the bill for the oversight, and lawmakers delayed additional hearings. Murphy administration officials told NJ Advance Media reporters this week that an additional tax on marijuana cultivators will be included in the enabling legislation, ending an impasse over the bill between Gov. Phil Murphy and Senate leaders. Those funds, state Sen. Nicholas Scutari, D-Union, will be directed to those communities.

We’ve compiled here some of the efforts mounted by social justice advocates to ensure language would be included in the final draft of the bill.

The United Black Agenda stands resolute that any legislation that plans to legalize marijuana must repair the communities ripped apart as a result of marijuana prohibition committed in the name of the drug war. Those committed to this movement and the fight for Black lives know that legalization must be done in a racially just way. Taxes from cannabis should be directed towards reparations for the drug war. Anything less enables new methods for more systemic racism – and we refuse to have this happen again.

It is imperative that the state directs a cannabis $42 excise tax (which was in the first legislative version) to repair the harm done by the drug war. That revenue should be used to support vital community-centered services including but not limited to evidenced-based prevention, intervention, community block grants, violence prevention, restorative justice programs, job training, legal aid for civil and criminal cases, health education programs, housing assistance, food assistance, healthcare services, re-entry services, youth recreation or mentoring, and literacy programs. Additionally, it is imperative that the Black and Latino Legislative Caucuses as well as community members direct how the funds get dispersed.

Finally, we demand the following:

Elise Boddie, founder of The Inclusion Project at Rutgers-Newark

Carolyn Chang, past president of the Association of Black Women Lawyers of New Jersey and Chair of ABWL’s Social Justice Committee

“People make social equity sound like a welfare program and it’s not. There is equity and there is equality. Black and brown have been fighting for equality for hundreds of years,” she told NJ Cannabis Insider from her Jersey City home. “Meanwhile you have a white-male dominated industry that is allowed to profit from cannabis culture cool of consumption, whether it’s hip-hop or Cheech and Chong… There is this misconception that Black and brown people are only consumers and not business people. That is racism.”

New Jersey is gearing up to rush through and pass a non-progressive bill. S-21 does not mention social equity in any format within its 200 plus pages. There is no tax allocation to communities who are harmed by the War on Drugs, no opportunities for Black and Latinx communities to receive funding or business support towards acquiring licenses, lack of start up capital to fund workforce development for social equity applicants, no protections for social equity application against illegal and misleading agreement from corporate cannabis, and no items in place to allow for a equity to be a day one priority upon the launch of the adult-use program in the state.

We cannot let social equity happen after or later. This is not an afterthought. Historically, states and municipalities that do not include #EquityDayOne program fail communities of color when it comes to economic, restorative, and equitable access in the cannabis industry.

New Jersey had the most successful legalization campaign in the county and as such it has a big opportunity to set the tone for east coast states on the verge of legalizing cannabis.

There are various mechanisms to strengthen this legislation and I hope legislators are willing to work with cannabis advocates on the ground to enact a law that is justice serving. We must look beyond our borders to learn from the mistakes of other states and capitalize on their successes. We must leverage our late mover advantage.

In a seven-page memo addressed the state Senate and Assembly, the recently form Cannabis Regulators of Color Coalition (CRCC) introduced itself with this note:

“Cannabis Regulators of Color Coalition (CRCC) is a coalition of government officials appointed and/or selected to lead, manage and oversee the regulatory and policy implementation for legal medical and adult-use cannabis markets across the United States and abroad.

“The members of CRCC represent multiple legal cannabis jurisdictions from across the country, including California, Massachusetts, Illinois, Oregon, Connecticut and Oklahoma.

“Most importantly, as the leading architects of cannabis equity and policy reform in the United States, our mission is to be a source of information and education for legislators and government agencies that aim to build sustainable cannabis regulatory frameworks that are also designed to deliver on the reparative and restorative potential of the global cannabis legalization and decriminalization movement.”

“While the NJ Bill A21/S21, as introduced, is branded as progressively addressing the cannabis equity and justice issues we’ve outlined, there are still very clear missing elements aligned with the progress already happening in equity centered cannabis policy and regulation. To that end, this memo provides recommendations in support of helping New Jersey to build a diverse, equitable, accessible and sustainable adult-use cannabis industry. Many of these recommendations represent the insights from our collective experiences leading cannabis regulatory framework implementation and amending early cannabis policy reform efforts that had not previously addressed the harms of the war on drugs.”

A version of this story originally appeared in NJ Cannabis Insider.

Enrique Lavin is publisher & editor of NJ Cannabis Insider. You may reach him at [email protected]. Find him on LinkedIn.

Tue Nov 17 , 2020
Rep. Ilhan Omar is reportedly severing financial ties with her husband’s political consulting firm after previous payments totaling nearly $2.8 million ignited scrutiny and complaints to a campaign finance watchdog.  In an email to supporters on Sunday, Omar, D-Minn., said her campaign was terminating its contract with E Street Group to “make sure that […] 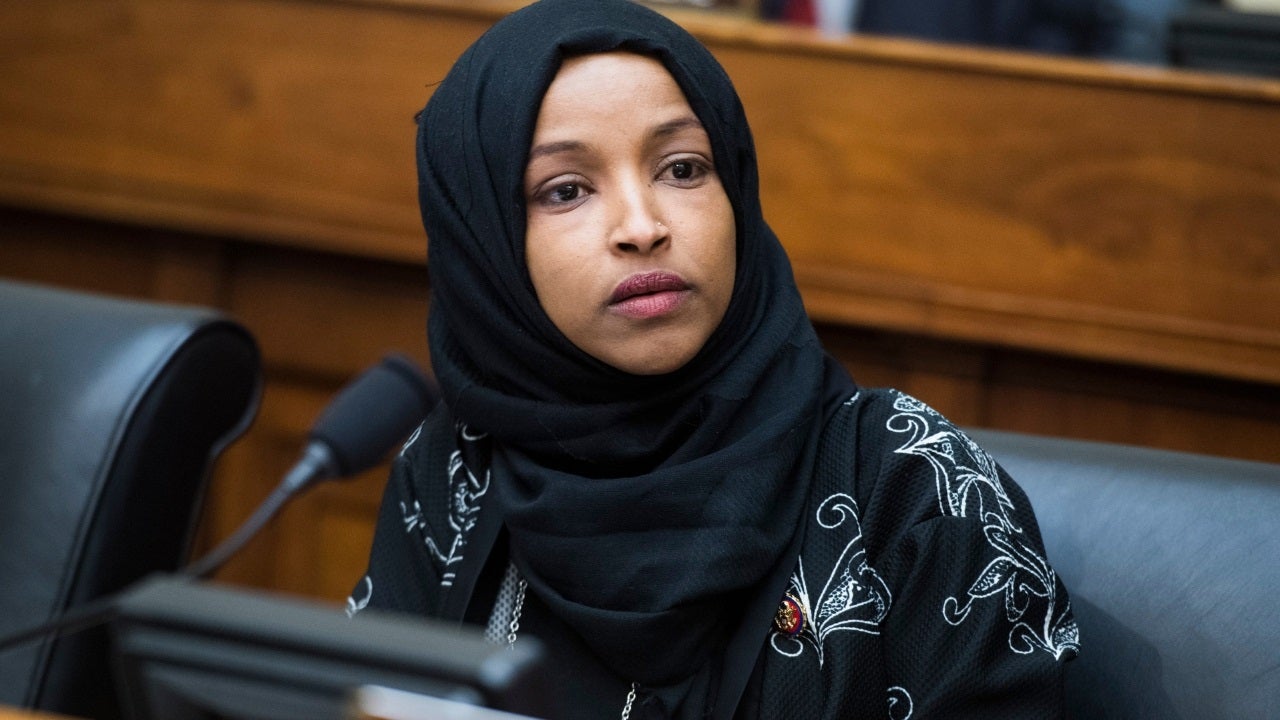