(Bloomberg Opinion) — Except for the biggest pop acts, like the Rolling Stones or Rihanna, and a few hot shows like “Hamilton,” musicians have struggled to fill concert halls. But now the entire business of live performance is in trouble, even for the top stars, thanks to the Covid-19 pandemic: theaters and performance halls have been closed since March — and with social distancing in force, they probably won’t open any time soon.

Live performance has been one of the few ways for musicians to make money after cheap streaming services undermined sales of most recorded music. If live performances are off limits, the industry may face its greatest crisis yet.

But all may not be lost, provided performers and the businesses they work for are willing to adapt to digital platforms. These electronic venues might even become a part of the industry’s post-pandemic future.

Consider the following example: On a recent weekend, I tuned into a concert that renowned cellist Yo-Yo Ma streamed through the Berlin-based classical music platform IDAGIO. The concert program was totally new — Ma put it together just for this performance. It’s not on YouTube or any other platform — and like any other live concert, it was visceral, ephemeral and exclusive. Plus, it was somehow deeply personal — with the cameras zoomed in close, viewers could feel as if they were on stage with Ma himself. A replay was available, but only for the next 24 hours.

The economics of this type of event might work out quite well. A ticket to a typical streamed concert costs something like $8. If the artist can reach 10 times as many viewers that way, that matches the revenue brought in by an in-person show that costs $80 a ticket, a price that’s hardly unheard of.(1)

And so long as the event is advertised effectively, a 10-fold audience multiplier shouldn’t be difficult to achieve: An online concert can draw viewers from anywhere — including places that wouldn’t be on a regular tour schedule. And even for people who live nearby, there’s a lot of convenience to being able to listen at home.

Plus $8 isn’t nearly as big an expenditure — about the same as paying to stream a new movie — so many more people will be able to afford it. And it also means that tuning in to a paid stream doesn’t have to be as much of a production as going to a show in person. If you miss a beat or two, it’s not a big deal. You can listen while you’re cooking, even — and who wouldn’t want a dinner show featuring the likes of Ma or Mick.

For the performers and promoters, there can be cost savings on the production side: streams can be run from small studios rather than performance halls, reducing overhead. For solo acts, this can be done near where the artist lives — meaning there’s little travel required.

The performing arts have been slow to adapt to digital transformation. But now that they’ve been forced to, the benefits are already becoming clear.

Digital platforms can even help artists engage directly with their fans. (Ma, for example, took questions submitted over live chat after his performance.) They may also be better at managing and tracking customers to generate sustained interest — and recurring revenue. And they may have the digital tools to help artists find new listeners, perhaps in the same way that streaming music service Spotify does for recorded content.

Other logistical issues will be harder to solve. Streaming a solo performance or a quartet is one thing; convening a full symphony orchestra or the cast of a Broadway musical is another. But it’s possible: Broadway has been streaming high-definition recordings at special events for years.

Another unresolved question is pricing. Current approaches mostly seem to be pegged to standard theater pricing models — either one-off admissions or season tickets. But some, like New York’s Metropolitan Opera, are offering library-like subscriptions more akin to Netflix: your favorite opera on demand.

I expect we’ll see further innovation here because, unlike with seats in a concert hall, digital streams have no capacity constraints. Perhaps promoters will start offering unlimited replays for an additional fee — or packages that make it less expensive to buy additional tickets for related households.

Post-pandemic, we may also see hybrid models with performances that are both in-person and streamed simultaneously — the best of both worlds.

To be sure, one risk with all of this is that global access might lead to an even more winner-take-all environment for superstars. If everyone can tune in to the best performers in the world, then they might not bother with a local cover band. But with music distribution over the Internet, at least, the opposite effect has held true as well: the possibility of reaching a wider audience has enabled otherwise niche artists to gain a global following.

Whatever the case, the music industry has to adapt the live-performance business to the current reality. Streaming may not have the gravity and sparking acoustics of a performance at Carnegie Hall or the raucous vibe of Madison Square Garden, but it may be the future.

(1) Of course, it’s not totally clear that’s the right comparison because one stream might substitute for multiple stops on a multicity tour. But even so, the overall multiplier from a worldwide audience is likely to be large.

Scott Duke Kominers is the MBA Class of 1960 Associate Professor of Business Administration at Harvard Business School, and a faculty affiliate of the Harvard Department of Economics. Previously, he was a junior fellow at the Harvard Society of Fellows and the inaugural research scholar at the Becker Friedman Institute for Research in Economics at the University of Chicago.

Mon Aug 3 , 2020
Matthew and Audrey Lorence at their home in Needham, Mass., July 28, 2020. (Katherine Taylor/The New York Times) Maureen Rayhill of Seattle sounds like a public health official as she describes the current process for coronavirus testing, rattling off research she’s done on in-person testing centers versus mail-order companies and […] 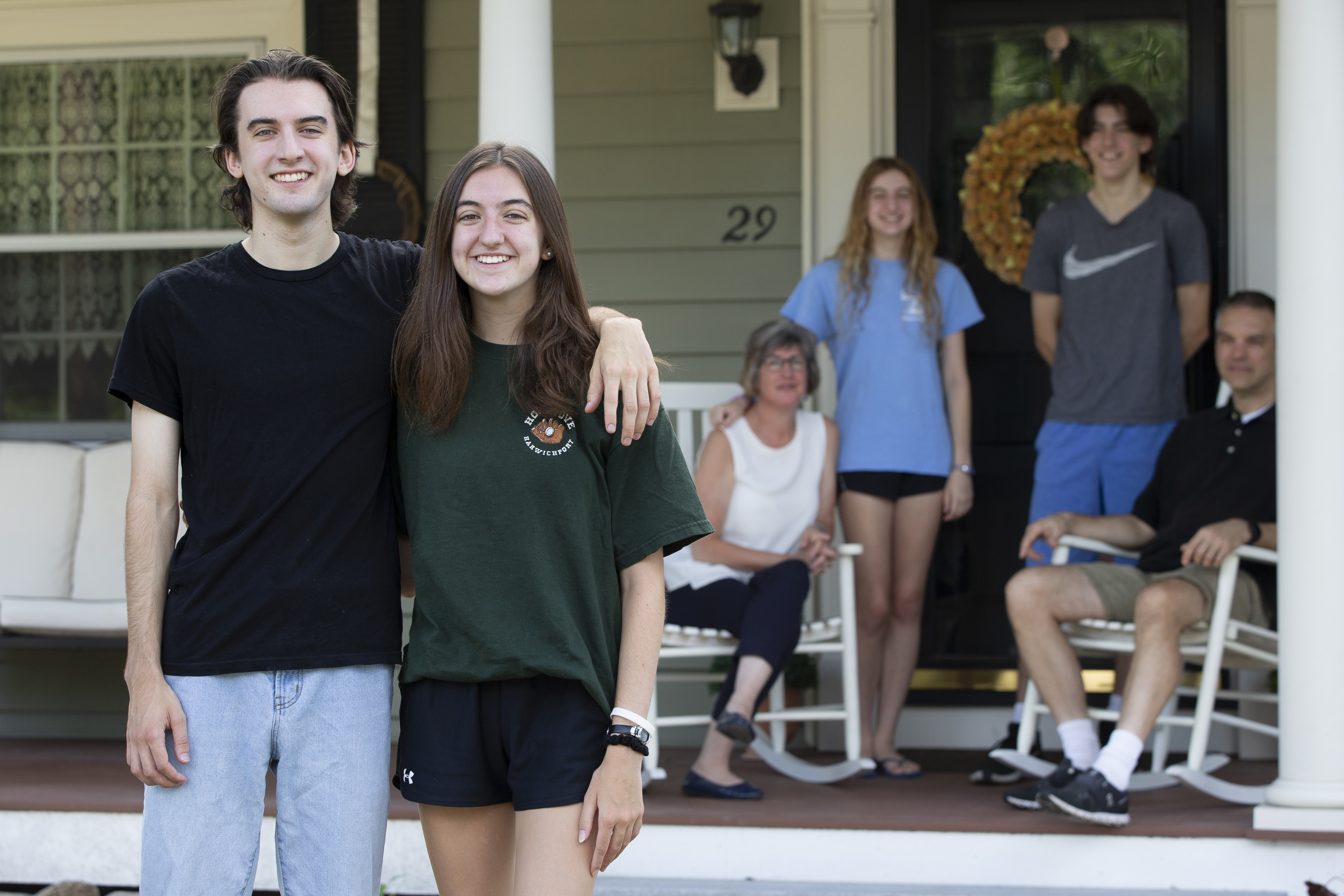