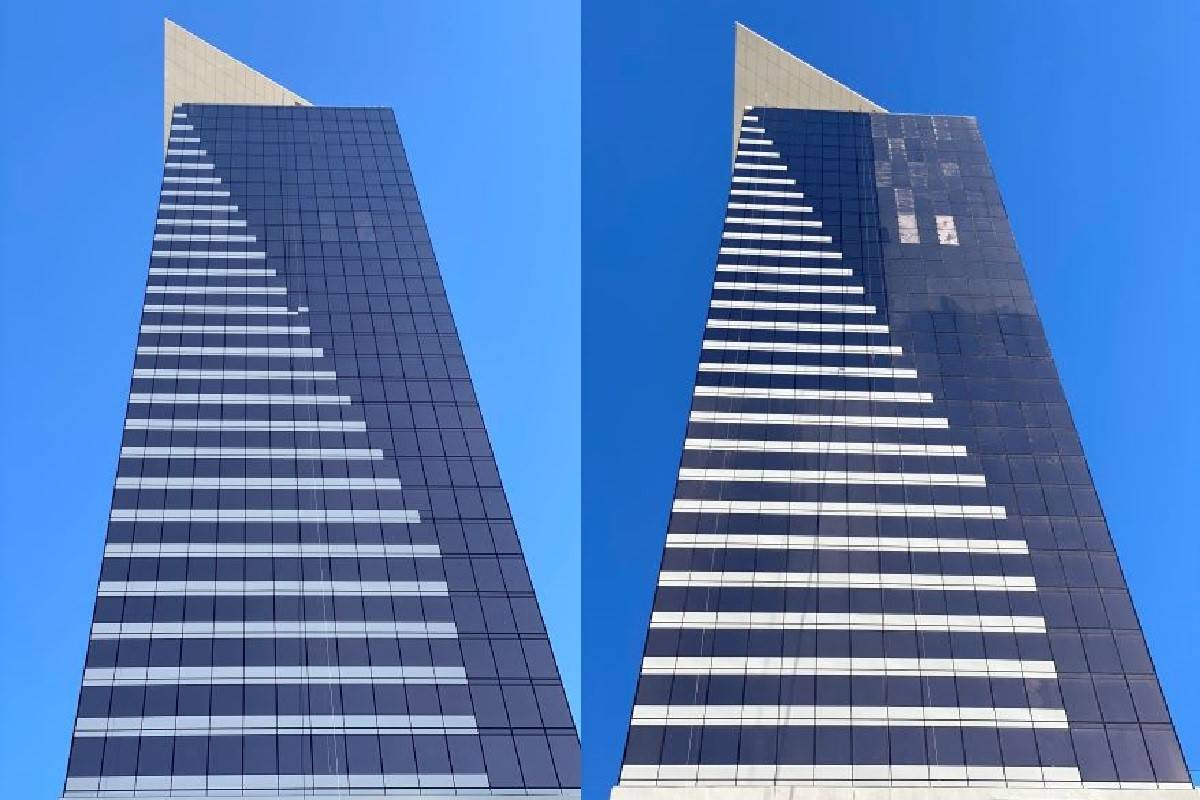 The misplaced panel on the Circa hotel tower’s 30th floor has been corrected. That work was finished at about 6 p.m. Friday. MoDot was a well-known design flaw, social-media posting subject and conversation piece on Circa’s east-facing hotel tower.

The paneling error was discovered in July and named for design engineer Mo Pierce. After several months of deliberations, Circa co-owner Derek Stevens said just before the hotel’s opening they would fix the mistake.

“We had a big powwow, and MoDot’s gone,” Stevens said during a session with Las Vegas media on Oct. 19. “We left it up there for a few months now, and it picked up a little interest. But at the end of the day we think we have a very well-designed building and didn’t want to give anybody a twitch when they were going down the highway when they saw it.

“We thought, let’s just build the building and make it look like it’s supposed to.”

It just took a couple of weeks after the final decision to fix MoDot, but the current pattern is in line with the tower’s diagonal panel design.

Stevens, a sharp marketing visionary, said MoDot was not a promotional tool, despite skepticism around town that the swapped panels were a publicity stunt.

“Obviously, a lot of people thought this was a setup,” Stevens said. “It was not. The panel was put in the wrong way.”

After the panel’s origin story was shared on Las Vegas blog Vital Vegas in July it received a following online. While some hoped the MoDot would become a permanent fixture, Stevens said he ultimately decided to fix the panels.

MoDot shaded Circa’s 1,167-square-foot Panoramic Sunset Suite, which is in the hotel’s premium suite package. the suite is unavailable for booking but the rate for the similarly scaled Bunk Suite is $1,150 per night. Stevens said guests had actually called to reserve the room behind MoDot.

MoDot can also be remembered as the rare resort feature to be compared to Cindy Crawford’s birthmark. Stevens made that reference in late July, at the placing of the “C” on Circa’s rooftop sign.

“It’s something that personalizes the building,” he said. “Look at Cindy Crawford. She has a special element that makes her so beautiful, a beauty mark. This is our beauty mark.” But in the end, the hotel opted for a cosmetic procedure.