New York — Justin Turner will not be disciplined by Major League Baseball for coming onto the field last week to celebrate the World Series title with his Los Angeles Dodgers teammates after testing positive for COVID-19.

The third baseman was removed after seven innings of Game 6 against Tampa Bay on Oct. 27 after MLB informed the Dodgers of the test result, which was received during the sixth inning. He returned to the field after Los Angeles won 3-1 to earn the title, took off his mask and posed for a photograph with teammates.

“Second, Mr. Turner believes that he received permission from at least one Dodgers employee to return to the field to participate in a photograph. Although Mr. Turner’s belief may have been the product of a miscommunication, at least two Dodgers employees said nothing to Mr. Turner as he made his way to the field, which they admitted may have created the impression that his conduct was acceptable.

“Third, during the somewhat chaotic situation on the field, Mr. Turner was incorrectly told by an unidentified person that other players had tested positive, creating the impression in Mr. Turner’s mind that he was being singled out for isolation. Finally, Major League Baseball could have handled the situation more effectively. For example, in retrospect, a security person should have been assigned to monitor Mr. Turner when he was asked to isolate, and Mr. Turner should have been transported from the stadium to the hotel more promptly.”

Manfred said he spoke with Turner and “I am closing this matter by applauding Justin for accepting responsibility, apologizing and making a commitment to set a positive example going forward.”

Turner said he watched the final two innings with his wife Kourtney in a doctor’s office in the clubhouse and he assumed there was no objection by Dodgers officials to his returning to the field. He also said that when he returned to the field, he thought few people would be there and his plan was to take a quick photo with his wife.

“However, what was intended to be a photo capturing the two of us turned into several greetings and photos where I briefly and unwisely removed my mask,” Turner said in a statement. “In hindsight, I should have waited until the field was clear of others to take that photo with my wife. I sincerely apologize to everyone on the field for failing to appreciate the risks of returning to the field. I have spoken with almost every teammate, coach, and staff member, and my intentions were never to make anyone uncomfortable or put anyone at further risk.”

Turner, who turns 36 on Nov. 23, became a free agent after completing a $64 million, four-year contract. This was the seventh season with the Dodgers, who won their first title since 1988, and the red-haired, bearded third baseman was a key component.

“No player was more instrumental in allowing the Dodgers to overcome the adversity created by the pandemic than Justin Turner, as he set an example for his teammates and advocated for enhanced safety measures that went above and beyond league requirements,” Dodgers president Stan Kasten said in a statement. “Justin’s leadership played a large part in helping the Dodgers safely complete the entire season.”

Turner became MLB’s first player to test positive in 59 days. The Dodgers spent the Division Series, League Championship Series and World Series at the Four Seasons Dallas at Las Colinas as part of a postseason bubble environment, and MLB has not explained the factors surrounding the positive test.

“While the events following the conclusion of the World Series were unfortunate, there is no question about who Justin Turner is, and what he means to his teammates, the Dodger organization and the City of Los Angeles,” Kasten said.

Manfred said MLB is making its COVID-19 testing laboratory available during the offseason for underserved areas in communities where major league teams are based.

General manager Brodie Van Wagenen and many of his top aides left the New York Mets less than an hour after hedge fund manager Steve Cohen announced he completed his $2.4 billion purchase of the team.

The status of senior vice president and senior strategy officer John Ricco was not mentioned.

Alderson, not Cohen, announced the baseball staff departures and said he had started the process of building a leadership staff.

“This is a significant milestone in the history of this storied franchise,” Cohen said in a statement. “The 2021 season is right around the corner and we’ve got a lot of work to do, so I’m excited to get started.”

Van Wagenen was a player agent and co-head of CAA Baseball before Wilpon hired him to replace Alderson after the 2018 season. The Mets went 86-76, finishing third in the NL East. and Van Wagenen fired manager Mickey Callaway and replaced him with Carlos Beltrán.

But when Beltrán was implicated in January by baseball Commissioner Rob Manfred in the Houston Astros sign stealing scandal during Beltrán’s final season as a player in 2017, Beltrán lost his job within days without managing a game and was replaced by qualify control coach Luis Rojas. New York went 26-34 and missed the expanded playoffs.

Sat Nov 7 , 2020
By the time Jason Sun considered doing an absentee ballot, he was worried his ballot may not arrive on time. So, he got on a plane to make sure his vote was counted. HENDERSON, Nev. — Many people are closely watching the battleground states, waiting for election results. One man […] 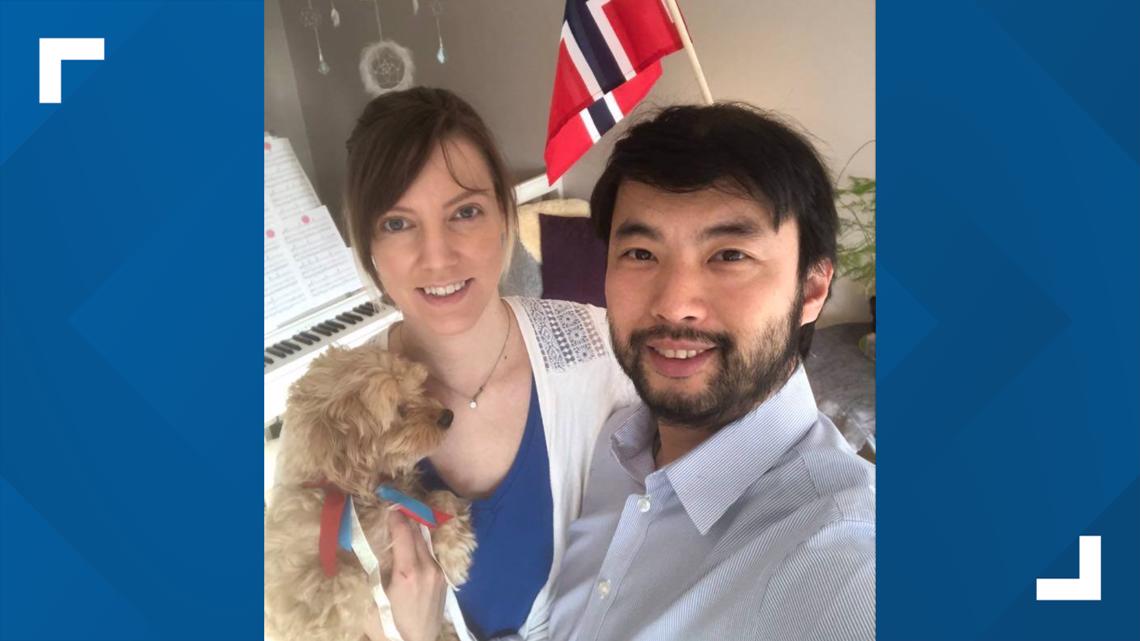