With 2018’s Marvel’s Spider-Man, the fast-selling blockbuster superhero videogame from Insomniac Games and Sony Interactive Entertainment, the developers wanted to create the feeling of playing your favorite superhero movie. That included bringing in a couple post-credits scenes to recreate that atmosphere. There were two, one of which set up Marvel’s Spider-Man: Miles Morales, the spin-off centered on the newly minted web-slinger that debuted on Playstation 4 and the just-launched Playstation 5 on Thursday. That game, too, comes with a secret tag at the end that has larger implications for what could be coming next to this cinematic Spider-verse.

In Miles Morales, set one year after the events of Marvel’s Spider-Man, the titular teen hero relocates from Brooklyn to Harlem with his family and finds himself the only neighborhood wall-crawler for the next couple weeks. (Peter Parker has jetted off with M.J., who’s on an overseas assignment in Symkaria for The Daily Bugle.) That means he has to deal with a new war between corrupt energy corporation Roxxon and the high-tech, armed militia group The Underground, led by the Tinkerer, who’s secret identity deals with Miles’ own past. But the mid-credits scene wedged in between the ending title cards isn’t teasing any further drama with this particular story, rather what appears to be a more formal sequel to Marvel’s Spider-Man.

A sequel has been rumored since gamers saw the first game’s post-credits scenes, and certain materials have apparently leaked online to suggest one is in development. A rep for Sony did not respond to EW’s request for further comment, though Insomniac creative director Bryan Intihar and Miles Morales creative director Brian Horton danced around the topic in a past interview. The ending tags in Marvel’s Spider-Man were an attempt at “stacking the deck,” Intihar had said. They didn’t know if they could make a Miles sequel, “but we wanted to have that set up so if it became a reality [to do another game] we could pull it off.” Bill Rosemann, the head of Marvel Games, further teased, “I’ll just say we’re concentrating really hard on making Marvel’s Avengers, Marvel’s Spider-Man: Miles Morales the best games possible. As the late great Stan Lee said, ‘Stay tuned, True Believers!'”

In any case, here are the big implications for what could be next after this Miles Morales mid-credits scene.

When the first round of credits cuts to black, players see the first-person perspective of Harry Osborn.

In Marvel’s Spider-Man, Peter and M.J. initially thought Harry was abroad in Europe managing international affairs of Oscorp, or so they were told. Secretly, he’s been floating in a green medical tank, undergoing experimental treatment in father Norman Osborn’s hidden New York City lab to deal with his Oshtoran Syndrome, a condition he inherited from his late mother. Harry kept his illness secret from his friends, unwilling to put them through the emotional turmoil his family endured prior to his mom’s death. The mid-credits scene in that game saw Norman touching the tank’s glass, while on the other side a black, ooze-like substance reached out from Harry’s body. This implied the secret medical experiment might have something to do with a symbiote, the alien organism that’s destined to create the antagonist Venom.

In the Miles Morales scene, that substance is snaked around Harry’s body as he begins to wake up inside the tank. The game may have also already explained how Norman could have acquired a symbiote in the first place. A playable flashback sequence prior to the ending finale boss fight sees Miles and Phin, his best friend from school, heading to a museum to see their prize-winning invention on display. Along the way, they walk through an Oscorp exhibition about the company’s efforts to develop a fully functioning, inhabitable community on Mars, complete with new products like the portable adhesive solar panels, residential home pods, and a malleable type of metal dubbed “memory metal.”

Still groggy, Harry takes in the environment of Norman’s lab, while the faint voice of a newscaster over the radio recaps the aftermath of the game’s main story. Miles had learned that the Tinkerer is really Phin, who became vengeful after her brother Rick was killed by Roxxon head Simon Krieger when they tried to stop the development of NuForm, a “clean energy” substance that had been making people fatally sick. Phin attempts to blow up Roxxon’s headquarters by tampering with the NuForm reactor, but it becomes unstable and threatens to destroy all of Harlem. After Miles helps save the day, losing Phin in the process, the newscaster explains Roxxon is drowning in lawsuits as Miles’ mother, Rio Morales, has been formally elected to City Council to help deal with Harlem’s unrest.

Harry turns and sees a physician standing over scans of Harry’s brain when Norman walks in the room. He’s told his son’s “vitals are good, circulatory system healthy, brain activity normal,” but he’s also warned they may be “underestimating the potential danger” should they let him out. That’s no concern of Norman’s. He wants Harry back to normal and turns to address the man in the lab coat as Curt. That is, no doubt, Dr. Curt Connors, who’s more well known by his alter-ego, the Lizard.

In the comics, Connors was a gifted surgeon whose arm was amputated after an injury while serving as a medic for wounded GIs. He began experimenting with reptilian biology as a means to potentially regrow his limb, but this would eventually go awry and transform him into a mutant, lizard-like creature — and another one of Spidey’s familiar adversaries. The game appears to retcon this origin, since Curt seemingly has all of his limbs intact in the mid-credits scene.

Already it appears as though Lizard and Venom will have some role to play in a Marvel’s Spider-Man sequel, but then there’s also the Green Goblin to think about. We can’t forget a mission in Marvel’s Spider-Man in which M.J. infiltrates Norman’s home and finds battle gear and smoke bombs that are classically associated with the infamous Spidey nemesis. Both Harry and Norman have taken on the Green Goblin moniker in Marvel lore, but Norman seems the likely candidate here given Harry’s present condition. Miles, of course, will likely play some kind of part in all this. He was a playable character as a civilian in the first game, but after this new spin-off, he’s just as capable of a web-slinger as Peter.

Miles Morales also has a post-credits scene, but it deals more with Miles’ struggle to accept Phin’s death. He heads to Trinity Church, where he and Phin used to meet, and places their Spacebound Young Researchers Award behind as a memorial. He calls his mom, who explains that “people are messy” and points to his uncle, Aaron Davis, who had a part to play in the story as the Prowler. “You don’t need to make a judgment on Phin’s life, mijo, or her death,” Rio says. “Just remember who she was and why you loved her.”

Nothing official has been announced regarding another sequel, but neither was Miles Morales until the game was formally unveiled earlier this summer. To use Inthihar’s own words, the deck is already stacked. Given the success of Marvel’s Spider-Man, which sold more than 13.2 million copies worldwide within its first year on the market, and the hype surrounding Miles Morales, another gaming adventure feels likely.

—P.S. If you pay attention to the end-credits of Miles Morales, you’ll find a tribute to the late Black Panther star Chadwick Boseman. “In loving memory of a noble king, Chadwick Boseman,” a brief title card reads. “His honor, strength, and compassion will reverberate for generations to come. Wakanda forever.” 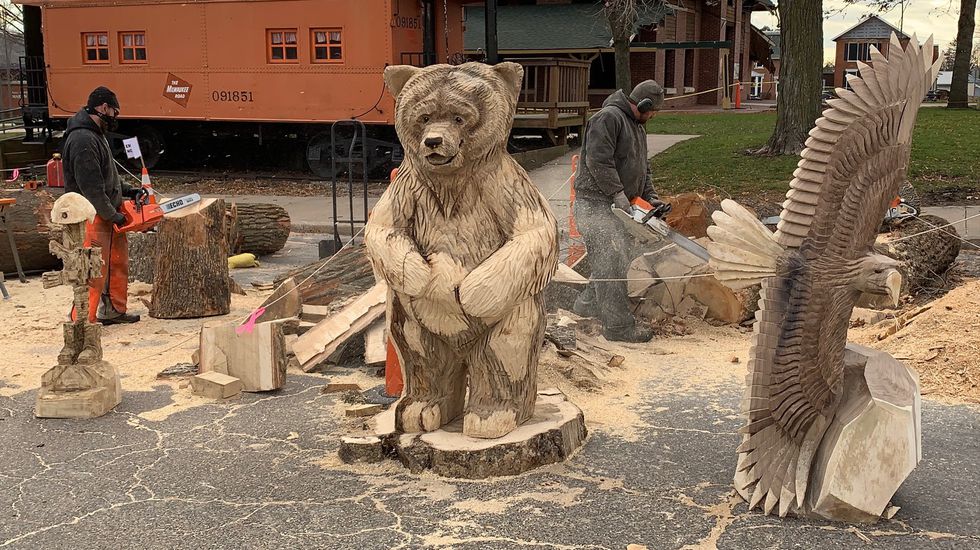