It was just a regulation first ball from Roach that Burns defended with ease but it meant so much more.

It was the first day of a very different summer that at one stage looked as if it would never happen. In rapid time, the ECB led by Steve Elworthy, produced plans for a biosecure environment that included laying on charter flights across the Caribbean to whisk West Indies players to the UK and once the government were convinced it could work, the board was able to save its broadcast deal and the game from ruin.

Day one felt strange with rules so strict that Rod Bransgrove could not even go into the Rod Bransgrove pavilion. The temperature tests, arrows on the floor, hand sanitising stations, stickers telling you which way to face in the lift and players using sweat off their backs instead of saliva to shine the ball soon became as routine as Roach bowling outside Burns’s off stump.

Michael Holding educates us all

After England and West Indies players took a knee on day one of the summer, Michael Holding and Ebony Rainford-Brent spoke movingly about what the Black Lives Matter movement meant to them.

“Can you tell me who invented the filament that makes our lights shine? Nobody knows because it was black man. It is not taught in schools. His name was Lewis Howard Latimer — he invented the carbon filament. I was never taught anything good about black people and you can’t have a society that only teaches what is convenient. History is written by the conquerers, not those that were conquered.”

Holding grabbed the attention, but for English cricket the more revealing and worrying, words came from Rainford-Brent. “I had comments about where I grew up. The fact that I had a long name, maybe I didn’t know who my dads were, about my hair, about body parts, especially the derrière, shall we say, about the food I ate and that it stank. It was constant. All these sort of things were drip-fed constantly. I questioned sometimes why I stayed so long. I love the game, it has so much more to offer, but it can be really difficult dealing with that day in, day out.”

Sat in the Big Brother style diary room, Stuart Broad smiled, then unburdened days of bristling anger at being dropped for the first Test.

“I’ve been frustrated, angry, gutted – because it’s quite a hard decision to understand. I’ve probably bowled the best I’ve ever bowled in the last couple of years. I felt like it was my shirt, having been in the team through the Ashes and going to South Africa and winning there.”

He had been left out for one game and would always come back for the next but his heartfelt disappointment sent a strong message. Broad delivered. He enjoyed one of his finest summers with 29 wickets at 13.41, going past 500 wickets and proving there is still time left in his career.

When asked to compare Ben Stokes to a cartoon character, Joe Root replied: “Mr Incredible? I can’t think of a better one.”

Stokes had just made contrasting scores of 176 and 78 with the bat, digging in during the first innings, and flipping to T20 mode in the second to drag England to a series levelling win against West Indies. His two body breaking spells of bouncers ruined him for the rest of the summer as a bowler but cut down West Indies resistance.

It was the end of the first day of the first Test against Pakistan and Jos Buttler walked across Old Trafford back to his hotel room accompanied by Bruce French, the wicketkeeping coach.

Buttler had twice missed chances off Shan Masood, who would go on to make a century. His batting was a mess. Buttler was losing his grip on his place. It was a low moment for this fine player. He rallied to lead a daring run chase with Chris Woakes, tinkered with his technique by pointing his front foot down the pitch and would end the summer with a second Test hundred.

The keeping still needs work but Buttler’s world turned after that walk with French.

Zak Crawley off and running

It was a filthy leg side half volley from Shaheen Afridi that Zak Crawley put away easily for four. It was the first ball of a life-changing innings for a 22-year-old who went on to score 267, break a bewildering number of records and provide the standout performance of the summer.

Crawley is a fine player of spin, good on the back foot against pace and works incredibly hard on his game driven by a self determination that was obvious from childhood. As a schoolboy he told his coach he would one day play for England. He will do so many, many times.

Arms folded, hand stroking his chin, James Anderson was understated as ever after Sky showed him a 15 minute tribute for his 600th wicket that included interviews with his wife and kids.

“Yeah, it was lovely, thank you very much, I really enjoyed it.”

It’s hard work bowling and Anderson had dragged himself over the 600 line. He was not about to waste more energy on shows of emotion. No sport lays bare mental strain like Test cricket and Anderson went through the wringer in his final match of the summer with moving from 598 to 600 wickets an agonising process.

His team-mates dropped three catches on the penultimate evening and a storm threatened to wipe out the game leaving Anderson marooned on 598 for the winter. When Root held on to a slip catch off Azhar Ali for no 600, Anderson held the ball up to vacant stands, summing up the covid summer. It was an historic, memorable moment in a brilliant summer tinged with emptiness.

Staff working from home 'miss out on camaraderie'

Thu Sep 17 , 2020
Staff working from home for fashion retailer Next have been “stultified” by boring online presentations and missed out on office camaraderie, the company said. Next said that overall, the impact of the pandemic on business had been “expensive and miserable”. But it had also seen some advantages from the upheaval, […] 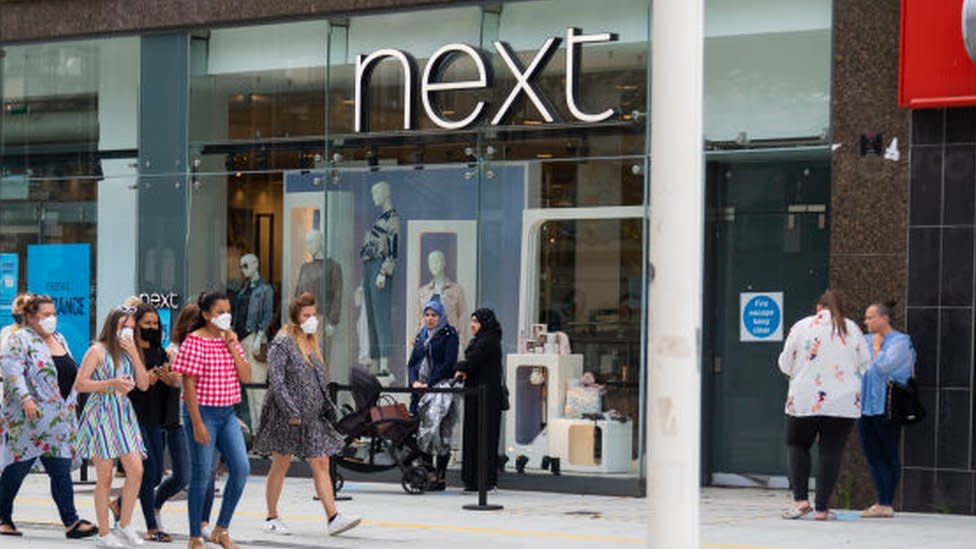