Mario, brother of Luigi, enemy of Bowser, one-time Jump Man part-time plumber from Brooklyn is closing out his 35th year with a bang.

March 10, known as Mario day because of how the date is abbreviated (Mar10) has been embraced by Nintendo and its fans as a fun way to celebrate the video game icon. Nintendo has even started discounting Mario games in honor of this event, which rarely happens outside of big shopping events like Black Friday.

If you’d like to join in on the fun, we’ve collected the best Mario-themed gear, games, and more. Some of these items are only going to be around for a limited time — in some cases until the end of this month — so act fast if you don’t want to miss out.

1. Set Up Your Own Custom Mario Kart Level

Mario Kart Live: Home Circuit is an augmented reality game for the Nintendo Switch that lets you turn your home into interactive Mario Kart levels. The kit comes with one kart (featuring Mario, of course), and four cardboard gates, which you can place on your floor to set up your level. You’ll need to drive your kart through all of the gates to complete a lap.

To play your constructed course, download the Mario Kart Live: Home Circuit game from the Nintendo eShop onto your Nintendo Switch. The app is free to download. Once it’s installed, you can control the kart in this kit using the Nintendo Switch. Your racer will appear on the Switch’s screen, and you’ll be able to navigate around your floors thanks to a camera mounted on top of Mario’s Kart.

You can race against other players by getting additional carts, or face off against computer players that are generated automatically. This is one of the most imaginative Mario games to come out of Nintendo in a long time, and a must-have for any Nintendo Switch owner.

Nintendo and LEGO teamed up to create new, unique construction sets in honor of Mario’s 35th anniversary. This 366 piece play set is designed to look like an actual Super Mario Bros. level, and includes enemies, a warp pipe, multiple types of terrain, question blocks, and a flag pole. The set isn’t overly big or complicated to build, so this is an excellent Mario-themed activity to share with newer players.

3. Play The Latest Super Mario Games For The Nintendo Switch

It’s hard to celebrate Mario without some Nintendo games, and the Switch’s library is full of excellent entries from the storied series.

Longtime fans should pick up Super Mario 3D All-Stars, a collection that features Super Mario 64, Super Mario Sunshine, and Super Mario Galaxy. This collection was released in honor of the 35th Anniversary of Super Mario Bros., and will only be available until the end of this month (March 2021).

If you like multiplayer games, Mario Kart 8: Deluxe is a fast-paced racing game that lets you compete against three other players. Super Mario Odyssey is the latest entry in the Super Mario Bros. series, and is an open-world 3D platformer that hearkens back to titles like Super Mario 64. All of these games are critically acclaimed, and there’s no wrong choice.

Nintendo’s Super Mario Bros. Game & Watch is another piece of limited edition gear released to commemorate the game’s 35th anniversary. The fully functioning handheld allows you to play the original 1985 NES version of Super Mario Bros with you on the go. Its 2.36-inch screen is small by today’s standards, but this is a fun novelty. This system contains the original game, its sequel (known in America as The Lost Levels), Ball (Mario Version; an original Game & Watch title) and a digital clock.

It’s very rare for Nintendo to put out a unique piece of hardware to honor one of its games. This Game & Watch is a throwback to the pre-Mario era of Nintendo with a nod to the series that helped make them a household name.

Super Mario Bros. is among the most influential and historically relevant video game series of all time, and there’s a lot of facts you may not know if you’ve only played the games. Nintendo partnered with the publisher Dark Horse to release Super Mario Encyclopedia, a 256-page compendium that chronicles the first 30 years of the franchise. The book includes artwork, anecdotes about the creation of characters like Yoshi, and even some tips on how to play the games.

Super Mario Adventures is a 112-page collection of comics that were run in Nintendo Power Magazine between 1992 and 1993. It’s a fun side story that chronicles one of Mario’s quests in the Mushroom Kingdom without being tied to any particular game. It’s a period piece that gives a glimpse into how Mario was portrayed during the Super Nintendo era.

Nintendo has been celebrating characters from all of its iconic franchises by releasing Amiibo, which are 7.4 inch statuettes. There are many Mario Amiibo, but the two above sum up the two stages of digital plumber’s life.

The first is a faithful recreation of his 8-bit sprite from Super Mario Bros. with his original brown and red colorway. The second showcases Mario’s modern appearance, which he adopted after becoming a 3D character in Super Mario 64. Nintendo has done a great job making Amiibo look and feel substantial, so these are statues you won’t mind keeping on a shelf in your room, or on your work desk.

Die-hard Mario fans can celebrate this year’s Mar10 day by binge watching Super Mario World: The Complete Series, a two-DVD set that contains all 26 episodes of the 90s-era cartoon. The show features familiar faces from the Mushroom Kingdom, and one of the first examples of Mario expanding from video games to other media.

If you’re fine going on an ultra campy ride, the Super Mario Bros. movie from 1993 is the only full-length film featuring Mario and Luigi. The pair of plumbers find themselves sucked into the Mushroom Kingdom from Brooklyn and need to save Princess Toadstool from Bowser. The movie has grown a cult following since its original release, and it’s a lot of fun if you’re a fan of movies like The Room.

See where your favorite artists and songs rank on the Rolling Stone Charts.

Wed Mar 10 , 2021
FAIRFIELD — Hundreds of people are calling for officials to restore the conservation administrator, one of the positions recently cut in First Selectwoman Brenda Kupchick’s reorganization plan. The position was eliminated in the plan and the upcoming budget, sparking concerns that this would understaff the department and leave the town’s […] 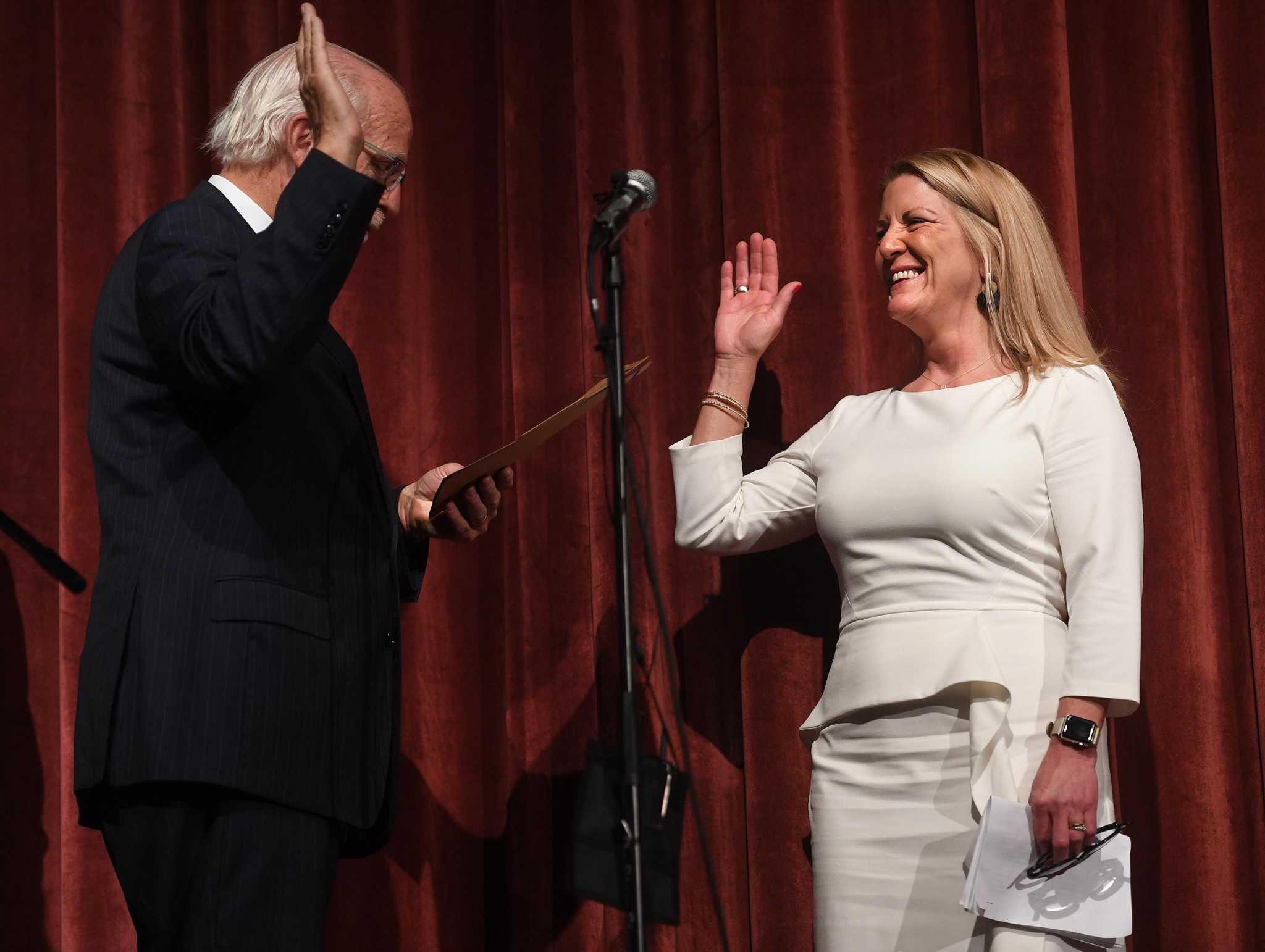