“If I were British, I would have said James Bond,” Sy told the New York Times. “But since I’m French, I said Lupin.” In France, the fictional gentleman thief created by novelist Maurice Leblanc in 1907 is considered as iconic as Sherlock Holmes. “He’s playful, he’s clever, he steals, he’s surrounded by women,” Sy explained. “Plus, he’s a character who plays characters. For an actor, he’s the best.”

So Sy partnered with production company Gaumont and Killing Eve writer George Kay to concoct Lupin, a clever contemporary adaptation that has appealed to Lupin fans and illiterates alike—and propelled the show, which premiered January 8, to become Netflix’s most-popular French series. Rather than play Lupin himself, Sy portrays Assane Diop, a debonaire thief and master of disguise who is obsessed with both the literary character and avenging his late father (Fargass Assandé). The fresh spin allowed Kay, a father of two young girls, to update his slick-operating protagonist for modern times, clearly differentiating Assane from James Bond and his sometimes-problematic action-genre brethren.

Rather than cycling through love interests, for example, Assane remains romantically entangled with the same woman, Claire (Ludivine Sagnier), a no-nonsense feminist who appears to be Assane’s age. He not only has a son (Etan Simon), but a raft of emotional shortcomings of which he seems frustratingly aware and is attempting to overcome. Instead of carrying a gun, sipping alcohol, or speeding around town in luxury sports cars—the macho totems of spy genres—Assane takes pride in makeup application (he creates his own low-tech disguises) and befriends an aging woman he admires. He is every bit the gentleman; in a flashback scene, when Claire tells Assane “no,” the character not only respects her word, but is depicted as sexier for it.

“He’s a gentleman, a gentle man who can also be strong in the show,” Kay told me on Friday. “The original Lupin was the same as Bond or some of these [male characters] who were effortlessly successful romantically. I just find it really unattractive the way they sort of accrue girlfriends.” His lead actor, by contrast, “is the most likable guy you’ll ever meet. I don’t want him to be womanizing. I want to relate to him—and I could do that with a person who is wanting to be the best dad and the best man he can be, but is compromised in his everyday struggles […] I think that helps ground a show where you’ve got these really high stakes, heists, and genre pieces. Because we can’t relate to the guy who can rob the Louvre without breaking a sweat unless he’s got these kind of everyday, universal problems.”

In anticipation of Lupin reaching an estimated 70 million households during its first month, a number that would help the series eclipse The Queen’s Gambit in viewership, Kay reveals how he masterminded some of Lupin’s sexiest heists, trojan-horsed some social issues in the slick set pieces, and created a show that would appeal to an entire family.

The series includes sumptuous action sequences set around iconic Paris destinations. (Mild spoilers ahead.) In the first episode, for example, Assane infiltrates a private auction at the Louvre to steal a necklace that once belonged to Marie Antoinette. Because Kay was in Paris while writing most of the season, he would set out to his desired locations by foot “and look at how we would break in,” a process that may have been more difficult in another city. “Even though it’s contemporary Paris, it’s not like London, where there are so many CCTV cameras in the streets.”

“What you’ve got to do is try and work out what the crime is, then how that crime would be detected, and then how you outdo the detection,” explained Kay. “You keep adding layers and twists until you get to a believable distance away from the original crime.”

Kay was also keen to make Assane a kind of analog thief—eschewing most modern gadgets and the internet. “I used really everyday objects like spray bottles, trains, watches, clocks, radios, and stuff that could belong in the 1950s, the 1920s, tangible stuff. Because I think that’s where good adventure family stuff comes from—with real objects and real blind spots and corners and shadows. The idea that you could upload something is abstract to the viewer, and I lose interest when it comes to that stuff.”

Mon Jan 25 , 2021
Debenhams shoppers Fashion retailer Boohoo has bought the Debenhams brand and website for £55m. However, it will not take on any of the firm’s remaining 118 High Street stores or its workforce. Boohoo said it was a “transformational deal” and a “huge step”. But the deal means that up to […] 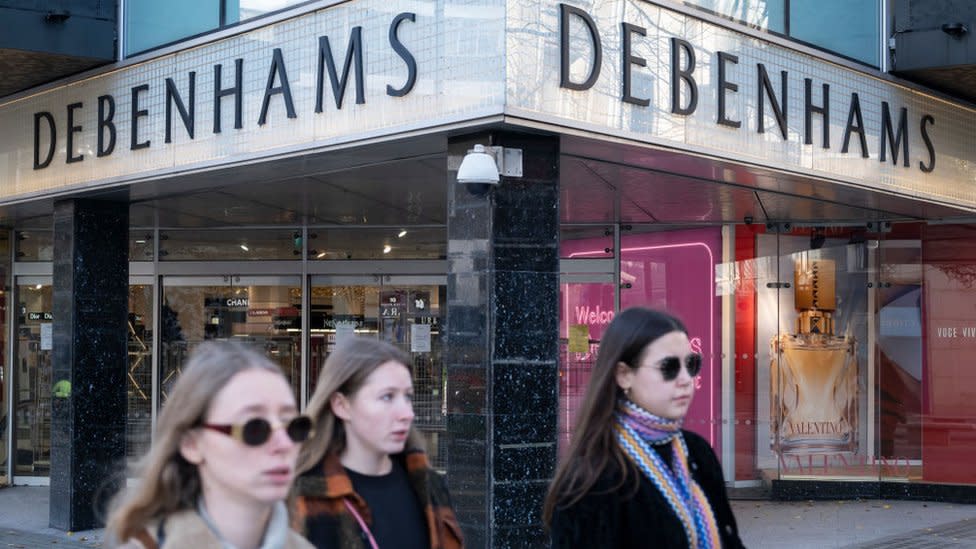