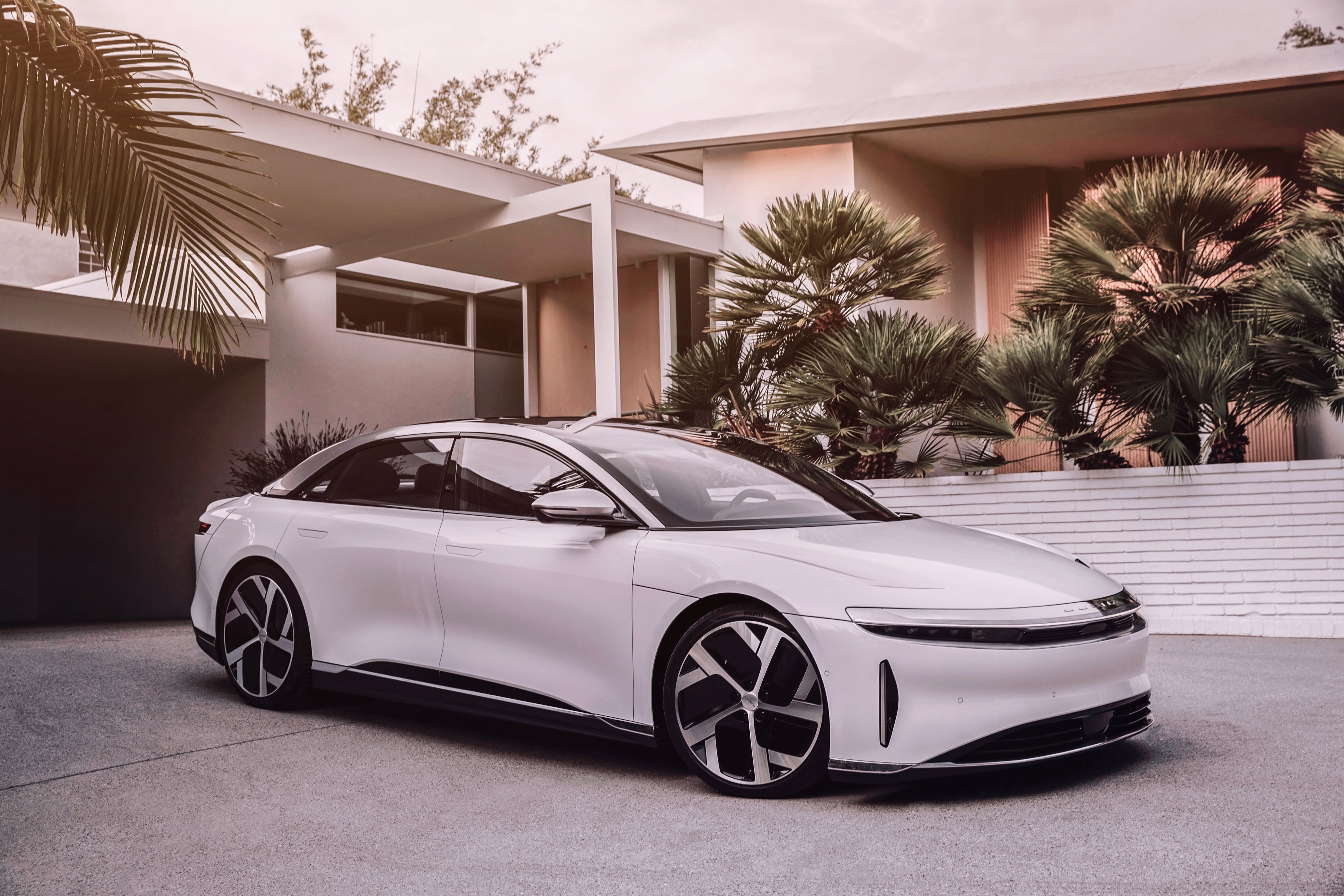 Lucid Motors presented its first electric car to the world in an online reveal from the company’s Silicon Valley headquarters on Wednesday.

“With the Lucid Air, we have created a halo car for the entire industry, one which shows the advancements that are possible by pushing the boundaries of EV technology and performance to new levels,” said. Rawlinson. The Lucid chief was formerly the chief engineer on the Tesla Model S.

Lucid said its luxury Air sedan will deliver a number of industry firsts, including fastest-charging, most aerodynamic, fastest quarter-mile times — under 10 seconds — and largest frunk (front trunk) in any electric car on the market.

The Lucid Air will do 0-60mph in under 2.5 seconds, and boasts an extended-range capability that means it will be able to travel up to 517 miles (832km) on a single charge.

It will also charge faster than any other passenger vehicle on the market, at a rate of up to 20 miles per minute when connected to a DC Fast Charging network. That’s 300 miles from a 20 minute charging boost in real-world conditions.

“By simultaneously making smaller, yet more powerful, electric motors and dramatically improving the packaging of the entire electric powertrain, Lucid is able to reclaim that space for passengers and their comfort,” the company said.

The driver-assistance system contains, what Lucid said, is the most comprehensive sensor suite on the market, with 32 sensors, as well as the world’s first standard high-resolution LIDAR in an EV.

“We decided early on that we were going to pursue every facet of performance, innovation, and luxury,” said Derek Jenkins, vice president of Design at Lucid Motors. “The result is that we are building the best car in the world and the numbers simply speak for themselves.”

“What’s more, we did all this without ever sacrificing the beauty of the Lucid Air, which will stand as the first example of a car being created from a ‘clean sheet’ to leverage the total design freedom that an EV architecture provides,” he added.

The Newark-based company was founded in 2007 as a battery maker called Atieva, then relaunched itself as Lucid Motors in 2016. It currently has close to 1,200 employees, including those at its new EV factory in Casa Grande, Arizona, where production will begin in the coming months.

A Lucid Motors spokesperson declined to disclose information about the company’s ownership structure and key investors, however did confirm to Yahoo Finance that the Saudi Arabia Public Investment Fund’s investment in Lucid Motors is close to $1.3bn (£999m).

Depending on the model, Lucid’s pricing makes it a direct competitor with the Tesla S (TSLA) at the bottom end of its price range, and with the Porsche Taycan —which starts at around $150,000 —at the top end.

In an interview with CNBC in June, Rawlinson said that Lucid would differentiate itself from Tesla through its technology.

“We’re taking electric-vehicle technology to the next level,” Rawlinson said. “Tesla’s great, it’s a high-tech product…it’s beautifully engineered, but it is not true luxury and the luxury space is dominated by traditional car companies — Mercedes-Benz, Audi, and BMW.”

Rawlinson added that there’s a “wide-open space for a sustainable electric vehicles in that space” that Lucid intends to fill.

The electric carmaker was planning on launching the Air at the New York Auto Show in April, before COVID-19 lockdowns shuttered all such events.

However, design VP Jenkins told Yahoo Finance UK that an online launch has been a “benefit” in some ways, as “it has forced us to dive deeper on how we want to explain the many amazing things about Lucid.”

Lucid is banking on its “groundbreaking” online configurator to be a major attraction for consumers, who will be able to create a detailed, life-like 3D visualisation of their customised Lucid Air.

While the company believes its digitally savvy consumers will be keen use the online purchase and touchless home delivery service, it will also open stores, called Lucid Studios, so people can get a feel for the car.

Like Tesla has done, the stores will be located in high-end shopping areas — the first one is due to open in Beverly Hills this month, with another 15 or so opening across North America in the next year.