During last week’s Square Enix Live event, the company announced the fourth installment in their Life is Strange series, subtitled True Colors, would be released on September 10 this year. Some of the revealed aspects give me hope that the series might finally be back on the right track.

Despite being an acclaimed critical darling that captured gamers’ hearts and spawned an amazing ongoing comic book series by Emma Vieceli, the series has sort of floundered in games since Max Caulfield made her fateful choice to destroy or save Arcadia Bay. The controversial prequel Before the Storm was arguably better written, but the change in voice cast threw people as did the lack of a superhero mechanic. Life is Strange 2 traded Max’s time travel abilities for a confusing morality system that robbed the game of much of the first title’s unique qualities. The only bit of gaming that truly felt like Life is Strange was the spinoff episode The Awesome Adventures of Captain Spirit.

What does True Colors have going for it the other titles didn’t?

Our new hero is Alex Chen, a young Asian woman that moves to the small town of Haven, Colorado to live with her brother after spending years in the foster system. In addition to being everything we already expect from a Life is Strange protagonist (awkward, snarky, painfully Gen Z), she’s a chance for the game to address the recent anti-Asian sentiments in America. One of the things that has made Life is Strange powerful is the way it has the ability to do contemporary social commentary in ways other series just don’t. The first game dealt with issues of date rape and grooming as the #MeToo movement went mainstream, and Life is Strange 2 directly took on Donald Trump’s stupid border wall. While the series has not always handled these issues well, they have at least took bold stances when most other games would waffle. Having a superpowered Asian hero right this second is perfect.

Dontnod might have captured lightning in a bottle with the first Life is Strange, but the company has been on something of a downslope since. Not only was Life is Strange 2 far inferior to its predecessor, but subsequent games like Vampyr and Twin Mirror have been very lackluster. The company has always been a little janky and broken, but it’s really starting to look like they might need significant shakeup to recapture the days when they were putting out awesome titles like Remember Me.

By contrast, Deck Nine really did a very good job with Before the Storm despite the typical limitations of a prequel and a voice actor strike resulting in the recasting of Chloe Price. What the game lost in terms of narrative dissonance and superhero mechanics, it gained in just really, really well done writing. It’s very much the Fire Walk With Me of the series, but that’s a good thing in my opinion. Plus, they perfected using tabletop gaming within another game as a storytelling mechanism, and with their original character Steph appearing in True Colors as a romance option I deeply hope that makes a return because it could revolutionize the adventure game if done correctly.

There hasn’t been proper player-controlled superpowers in Life is Strange since the first one. Chloe is powerless in Before the Storm, Chris’ powers are imaginary in Captain Spirit, and Sean only gets to tell Daniel what to do with his telekinesis in Life is Strange 2. This has been the main fault in the series because it turns it into just another Telltale clone.

Not only does Alex have powers, they seem really interesting from a mechanical standpoint. She’s an empath that can read emotions, but the cost is that sometimes those emotions infect her back. A sad person will make her depressed, an angry person will make her lash out. This could be extremely neat in practice. Maintaining emotional equilibrium to preserve narrative choices through dialogue trees or throwing caution to the wind and becoming an emotional firestorm, could possibly change the trajectory of the game every bit as much as Max’s time travel. It gives the player something to do and plan rather than just walking around and looking at things.

True Colors will be the first Life is Strange to release all in one chunk. The game will still be episodic, but there won’t be months-long waits between episodes.

There’s something to be said for the long-term episodic model. I downloaded the full version of Kentucky Route Zero to play all at once and it frankly burned me out. The road movie aspect of Life is Strange 2 was sort of made stronger by the long waits between releases. Sometimes this works.

Mostly, it’s just an excuse to back-end production on later content, and I’m glad True Colors is doing away with it. The long waits between episodes are very tedious in a game that is clearly meant to be enjoyed more like a television series. Until game companies learn how to release an episode weekly or biweekly, they should probably stick to having a finished product ready to go.

The other big news is that True Colors will have an Ultimate Edition that includes remastered versions of Life is Strange and Before the Storm. These will come with the typical special edition gimmes like extra graphical add-ons, but hopefully once the console versions are announced we’ll also see some neat exclusive swag. As someone that is still kicking himself for not purchasing collector’s editions of the first game, it’s a chance to rewind time and start again. Plus, it’s nice to see previous games included instead of as overly expensive add-ons that save you zero money (looking at you, Hitman series).

Overall, True Colors really looks like Life is Strange might have righted its ship. We’ll have to see in September if it lives up to its promise.

Keep the Houston Press Free… Since we started the Houston Press, it has been defined as the free, independent voice of Houston, and we would like to keep it that way. Offering our readers free access to incisive coverage of local news, food and culture. Producing stories on everything from political scandals to the hottest new bands, with gutsy reporting, stylish writing, and staffers who’ve won everything from the Society of Professional Journalists’ Sigma Delta Chi feature-writing award to the Casey Medal for Meritorious Journalism. But with local journalism’s existence under siege and advertising revenue setbacks having a larger impact, it is important now more than ever for us to rally support behind funding our local journalism. You can help by participating in our “I Support” membership program, allowing us to keep covering Houston with no paywalls.

Jef Rouner is a contributing writer who covers politics, pop culture, social justice, video games, and online behavior. He is often a professional annoyance to the ignorant and hurtful.

What Is Amazon Doing to Our Country?

Wed Mar 24 , 2021
We visit the city of Dayton, Ohio, multiple times, and follow along with a young couple, Todd and Sara, who grew up middle class but now find themselves, with children in tow, in a homeless shelter, an institution that MacGillis points out did not even exist in Dayton until the […] 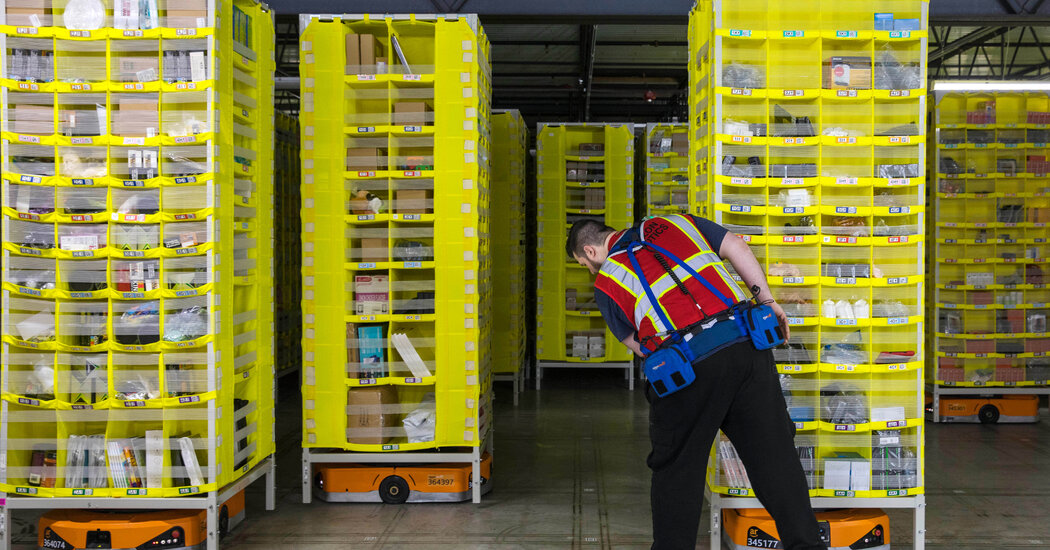