The easy option was to quit, to throw this year’s London Marathon into the garbage, and start looking ahead to 2021. It’s what most World Marathon Majors did—and who could blame them, given the global pandemic?

Seven months ago, the Tokyo Marathon hosted an elite-only race on March 1. Ten days after that race, the World Health Organization declared COVID-19 a pandemic. For many months, the world’s best marathoners saw few competitive lights on the horizon.

Staging an event of this magnitude long seemed an impossible dream. For athletes, agents, and organizers, there were so many hoops to jump through, so many headaches to deal with.

And even if the marathon existed, who would be willing to travel?

The London Marathon organizers decided to find out. In June and July, they reached out to agents and athletes, telling them of their plan to stage an elite-only race in a biosecure environment. The response was overwhelming: Build the bubble and they will come.

Molly Seidel got the call in early August. Her agent, Stephen Haas, told her the race had a spot open, but that it would be in an unfamiliar format: A closed, multi-lap course with no fans, and Seidel would have to undergo strict testing and quarantine procedures.

“They could have literally said anything, and I would have done it,” she told Runner’s World on Friday. “The restrictions, the fear of traveling—it might deter some people, but getting the chance to race the one major that’s happening this year, I said, ‘Yes, 100 percent, let’s do it.’”

Sinead Diver got the call in early July. Her coach and agent, Nic Bideau, was confident that when the original race in April was postponed, organizers would still find a way. Diver? Not so much.

But the Irish-born, Australian-based athlete kept training, hoping all her effort would find an outlet.

“I’d be gutted if I missed London,” she said. “It’s a once-in-a-lifetime opportunity.”

For all of the athletes who competed on Sunday, October 4, the journey to London started with a test: A PCR swab analysis that checked for COVID-19.

Norway’s Sondre Moen had been training in Sestriere, Italy for the past two months, and six days before flying to England, he went to a local clinic to be tested.

It wasn’t a fun experience.

“The nurse really pushed [the swab] into the nose and when it started to push the wall of the nose, she continued pushing,” he said. “In London, the test was a lot less painful.”

Diver noticed the same. “The one I got before I left [Australia] was awful,” she said. “I felt like the swab was going to scratch my eyeball, but the one here was really gentle.”

Seidel said she has taken 10 COVID-19 tests since March, with her final four coming in the two weeks before Sunday’s race. Even her parents got tested to ensure they didn’t scupper her chances, because Seidel stayed with them in Wisconsin for a night before flying out from Chicago on Sunday, September 27, with fellow American competitors Lindsay Flanagan and Sara Hall.

Two who were expected to enter the London bubble, coach Haji Adilo and athlete Degitu Azimeraw, both tested positive for COVID-19 in the days before. They were supposed to be part of the chartered plane that picked up Kenyan competitors in Eldoret before flying north to pick up Ethiopian athletes in Addis Ababa.

When Diver and her fellow Australians were traveling to London, a plane got stuck on a runway ahead of their layover in Doha, Qatar so they were diverted to Oman, missing their connecting flight as a result and arriving half a day later than planned.

Before entering the UK, athletes were required to carefully fill out a lengthy electronic form. If it was done incorrectly, athletes risked a £1,000 fine.

Eliud Kipchoge, who finished eighth in the London Marathon, checks in at the beginning of race week.

Upon arrival in the UK (and accurately filling out the electronic form), athletes were ushered through the airport and taken by car to an estate in Windsor, an hour west of central London. Details of the meet hotel were kept secret all week, with athletes warned not to identify their location online. (And they weren’t kidding—Seidel posted an Instagram of herself training on the grounds, but was asked to take it down.) Set on 40 acres of land, the hotel grounds provided enough room for runners to log their final sessions, while wheelchair racers trained on stationary rollers in their bedrooms.

At most events, athletes share a twin room, but this time everyone had their own place to sleep. Masks were mandatory at all times around the hotel except while training or eating, and athletes were given bump technology pendants to wear around their necks, which made a beeping noise if they got too close to one another.

It made for a bizarre scene, the pendants lighting up blue if a person was within two meters, red if within 1.2 meters.

“I was literally kind of losing it, sitting in the lobby and the beeping going on constantly,” Seidel said with a laugh.

“It’s quite funny,” Moen said. “It’s not like they kick you out if you keep setting it off, it’s just to track people [in the event of a positive test].”

To avoid crowds in the dining room, mealtimes were staggered, with athletes given specific time slots in which to eat, and the usual buffet was no more. Instead, athletes sat at individual tables and told the staff what they wanted.

“The breakfast table does feel like we’re back at school,” British athlete Steph Twell said. “All of our tables are socially distanced.”

But no one was complaining about the setup. Any inconvenience was a small price to pay for a chance to perform.

“It is strange,” Britain’s Lily Partridge said. “But that sums up 2020. Everything is a bit odd.”

At most marathons, the meet hotel is a hive of interaction, but the vibe was different this time. Although everyone in the bubble had tested negative for COVID-19, athletes were encouraged to socialize only within selected pods and to limit contact with others.

“We’re like a family,” wheelchair racer David Weir said. “So it’s been a bit strange when we have to be two meters apart.”

Security personnel were located around the perimeter of the estate to make sure no one got in or out, and athletes were unable to visit the course before the race. In a normal year the meet hotel is located in the city, right by Tower Bridge, so the quiet solitude of this year’s base made for a more peaceful preparation.

“It’s very Zen,” Seidel said. “Like one of those meditation retreats that people pay thousands of dollars to do.”

Cardboard cutouts of runners and celebrities—even the Queen of England!—lined the course.

Even race day was drastically different. Athletes had their own tables at drink stations and were even assigned individual toilets.

“Everything has been so extra,” Seidel said, laughing.

With the women’s race setting off at 7:15 a.m. local time, most runners awoke around 3 a.m., with the bus to the course departing at 4:45 a.m. Once at the course, they waited in a tent and tried to stay warm, but the strong winds and rain entering from the sides meant most were cold and wet long before going to the start line.

So much about this race was heavily controlled, but the weather is still one thing that’s out of everyone’s control.

“Conditions were really brutal,” said Diver, who finished eighth in 2:27:07, a little more than eight minutes behind winner Brigid Kosgei of Kenya. “It was freezing cold, lashing rain and it was really windy down one side of the course. Early on it was like, ‘Oh God, this feels really tough’ but I had to grit my teeth.”

The weather wasn’t much better when the men set off three hours later, covering the same 19.6 laps around St. James Park.

“It felt colder than it was,” said Moen, who finished ninth in 2:09:01, three minutes behind winner Shura Kitata of Ethiopia.

Sinead Diver runs on the looped course of the 2020 London Marathon.

Even with the race completed, the sacrifices required to race in London were still not over.

With Australia heavily restricting the number of people allowed through its borders, most economy flights have been cancelled in recent weeks—which was the case for the flight Diver and a few other Aussie runners planned to take.

The only route home in the near future was to book a business-class ticket, which costs several thousand dollars. Diver went ahead with it, because she couldn’t afford to be away from her two sons for several weeks. When she touches down in Adelaide on Tuesday, she will have to spend two weeks self-isolating in a hotel room, as required by Australian law, before flying on to Melbourne.

Seidel will return to Boston, and she’s hoping her raft of negative tests over the past week will mean she isn’t required to self-isolate for two weeks, though she’s happy to do so if not. Moen will fly back to Norway; having been away in training camps for most of the year, he faces a 10-day quarantine that will be shortened to five days if he produces a negative test upon arrival.

As the athletes and their support staff departed the bubble, the feeling among them was one of gratitude.

“This is why London is the number one race in the world,” Hussein Makke, Kitata’s manager, said. “I hope more and more events understand how important it is to have elite athletes. It’s how athletes make a difference, how they help their families and communities. But it’s not only about livelihoods and earning money. This is their passion, and their love.”

Race director Hugh Brasher said his hope was that the event had been “a beacon of light in a tunnel of darkness” and that other events can now be the same. “We want to get back to some form of normality and showing the world that sport can happen, showing that communities can come together.”

“It’s been big challenge the last eight months,” Kitata said. “From my heart: thank you to the London Marathon.”

Cathal Dennehy
Contributing Writer
Cathal Dennehy is a freelance writer based in Dublin, Ireland, who covers the sport for multiple outlets from Irish newspapers to international track websites.

Mon Oct 5 , 2020
The tournament follows a regular season schedule with a playoffs at the end of the season. Participants must play on a Playstation 4. LOUISVILLE, Ky. — Registration is now open for an E-Sports tournament hosted by Louisville Parks and Recreation.  They are looking for sixteen players to play in a […] 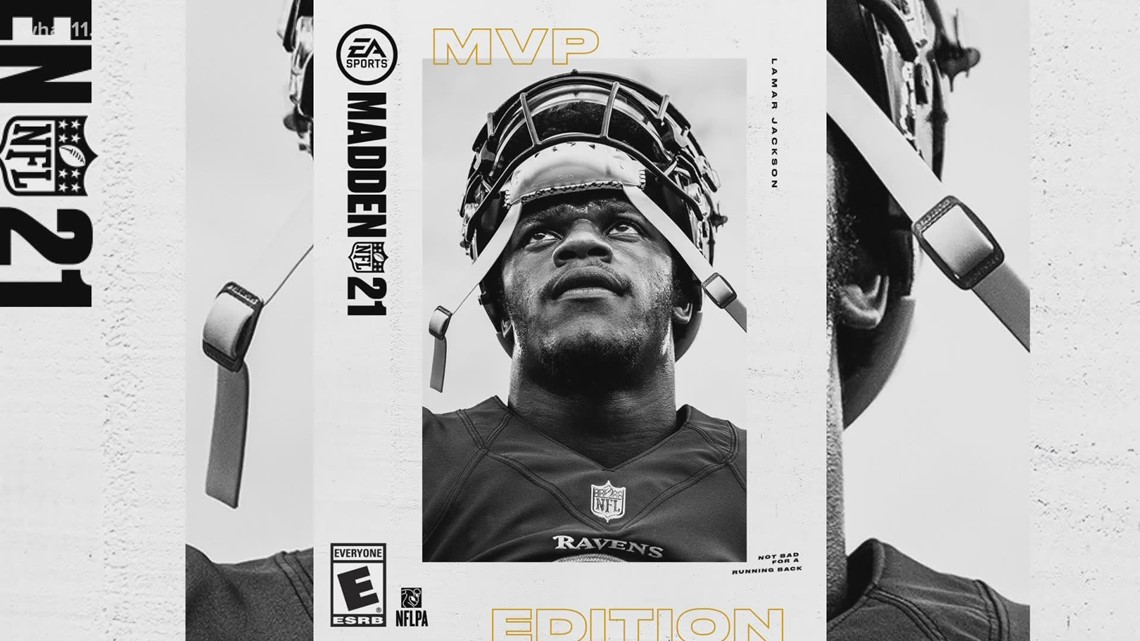