NASCAR president Steve Phelps shed some light on the logistics of the 2021 racing schedule, saying that new tracks and new weekend formats are in the mix.

Among the topics touched on by Phelps were the impact of COVID-19 on the series schedules (both this year’s and 2021), NASCAR’s continued efforts to create a more inclusive environment and the progress of the Next Gen car for the 2022 Cup Series.

Phelps did not pinpoint a timetable for the 2021 NASCAR schedule to be unveiled, but indicated that it could be released in segments, depending on how long the effects of coronavirus might linger later in the calendar year. The pandemic has altered how race weekends have been conducted, with practice and qualifying largely removed in an effort to limit the disease’s spread, reduce the number of necessary personnel and to limit travel time and costs with streamlined shows.

Nashville Superspeedway has already been confirmed as a new addition to next year’s Cup Series slate, but other venues — Phelps said — could be pending. Phelps also said that he did not anticipate moving the season-opening Daytona 500 from its scheduled Feb. 14, 2021 date, even if event protocols dictated that fan attendance remain limited.

“There are a lot of different variables and factors that need to go into what our 2021 schedule is going to look like,” Phelps said. “If we didn’t have the COVID situation, I think we would be in a situation where we would have already announced our 2021 schedule probably long ago. But it’s been delayed as we’re frankly trying to get in the balance of this year. With that said, these variables are things we’re taking into consideration, so do we want to continue to look at potential new venues? The answer is yes. Do we want to look at potential format changes? Yes. Do we want to consider the continuing of one-day shows in some form or fashion? Probably.

“That’s something that we have to weigh with all the stakeholders in the industry — the tracks themselves, our broadcast partners and the content they would lose as part of this, the teams and what it looks like to try to help them out. These are difficult times, and so all of those things are things that we are taking into consideration.”

Phelps addressed the potential 2021 schedule addition of Daytona International Speedway’s road course layout, which debuted in all three NASCAR national series this season. The circuit will be used for the Cup Series’ preseason Clash exhibition, and while Phelps wouldn’t fully rule out its return as a points-paying event, he indicated a road-course race would be unlikely to replace the tracks’ second superspeedway event, which was slotted as the regular-season finale for the first time last weekend.

“I don’t see that happening. I think you saw the success of the event last weekend, so the question really is do you add the Daytona Road Course as a third Daytona event — or a fourth, if you’re going to include the Clash,” Phelps said. “Again, nothing to announce at this particular point. It is nice to have options, though, and I think it’s great that that is an option that we have in — if you will — our bag of tricks to be able to have compelling racing because what we want to have is we want to make sure that wherever we go to race that the fans are getting the best show they can get.”

Phelps also said that scheduling midweek races for 2021 was “probably in the lower end of probability,” as the sanctioning body and its partners try to balance scheduling and logistics while maintaining its TV ratings.

In other topics the NASCAR president, who was appointed to NASCAR’s Board of Directors on Aug. 25, addressed in his nearly 45-minute conversation:

• Phelps said that other sports leagues have drawn on NASCAR’s COVID-19 protocols for conducting events safely for its competitors and for limited amounts of fans. He said that NASCAR has recently shared its experiences with college football’s organizers as that sport takes measures to start its season this month.

• Phelps said that NASCAR was continuing its mission to create a more welcoming and inclusive atmosphere at its race tracks and businesses after its June 10 decision to ban the Confederate flag and its sustained support of Bubba Wallace’s cause against social injustice. He said those measures were continuing both internally and externally, and that viewership of NASCAR among minorities was on the rise.

“It’s important. For us, it is going to be about action,” Phelps said. “It’s not just going to be about words. … I think it’s a real opportunity for our sport. The message that Bubba Wallace has had out there, which is the message that we want out there is that we want to welcome everyone here. We want to be inclusive. We want people to understand and be a part of this new community because the NASCAR community is all about that.”

• Phelps also mentioned that it has entertained the idea adopted by other sports leagues to use its facilities as polling places in the November election, providing more expansive spaces for voters to cast ballots while socially distanced.

• Phelps noted that the development process has resumed for the Next Gen car, which was delayed a year from its scheduled 2021 Cup Series debut because of the COVID-19 work stoppage. Prototypes underwent two tests last month — an unofficial session at Daytona’s road course by IMSA team Action Express Racing and an official two-day test with NASCAR officials at Dover with Stewart-Haas Racing rookie Cole Custer.

Officials with the NASCAR Research & Development Center have indicated that manufacturer-specific Next Gen car bodies are expected to be approved by the end of September.

“They’ve done a phenomenal job of keeping things moving,” Phelps said. “And the great thing is you’ve got race teams and OEMs (manufacturers) and others who are continuing to provide input and feel a part of this. So this isn’t just a NASCAR thing, this is an industry thing, and the industry is excited about that car coming online.”

• Phelps indicated that NASCAR does not intend to alter its rules should a playoff-eligible driver miss time because of a positive COVID-19 test. Current rules require a driver who tests positive to have two negative test results a minimum of 24 hours apart plus written clearance by a personal physician. Without those, a driver’s status may also be reviewed after a 10-day waiting period.

“We’re going to control the things that we’re going to control, and understand that the drivers when they’re coming into the bubble are going to follow the same protocols that we’ve been following,” Phelps said. “I would say that if you look at the success that we’ve had to date that the protocols, by and large, are working very well. Is everything perfect and foolproof? It’s not, but for us, we’ve been pleased with how it’s gone thus far and will continue to make sure we’re abiding by those rules and the footprint remains closed and pristine to only those who need to be there.”

Placing a finer point on the footprint of personnel permitted in the garage, Phelps added that access to pit road and garage areas would continue to be prohibited for fans, certain team members, sponsor guests and media until a COVID vaccine was widely available.

Wed Sep 2 , 2020
Let’s get this straight from the outset: If the NFL has no fans at any games this season – or doesn’t have much of a season at all – it will not go out of business. 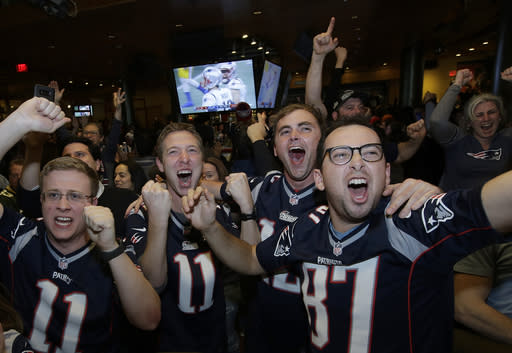