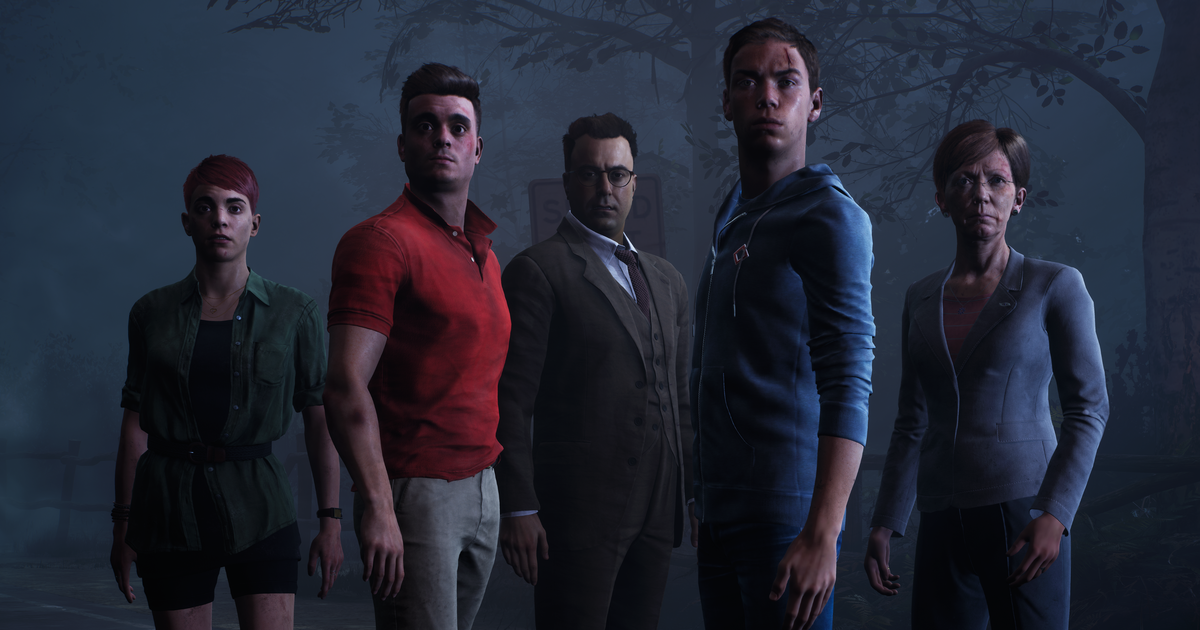 Dim the lights, assign your characters, and get ready to miss a shit ton of QTEs. A fresh nightmare from The Dark Pictures is here just in time for Halloween.

It’s part Blair Witch, part Jordan Peele’s Us, and a really great use of first-time video game actor Will Poulter.

On Friday, Supermassive Games will release the second installment in its survival horror anthology, inspired by the developer’s 2015 smash hit Until Dawn. Titled Little Hope and set in an abandoned town of the same name, this latest adventure follows a group of college students and their professor after a bus crash leaves them stranded.

It’s part Blair Witch, part Jordan Peele’s Us, and a really great use of first-time video game actor Will Poulter (Midsommar, Black Mirror: Bandersnatch) that’s well worth a playthrough, or even multiple playthroughs, this spooky weekend.

From the beginning, it’s clear the Dark Pictures team made massive (Supermassive?) improvements on Man of Medan to deliver Little Hope. Unlike its nautical predecessor — which Mashable’s video game squad — Little Hope attempts to achieve only what it can manage given the sprawling decision-tree structure. Where Man of Medan reached to deliver more and more elements to an already complex game, Little Hope makes simple but impactful use of what it already has.

A mysterious fog keeps your characters moving forward, in a kitschy repeat gag I weirdly loved. Winding roads you’re sure you’ve been down and doppelgängers galore allow environments and characters to be re-used in ways that are both surprising and effective. The same scare, genuinely the exact same scare, happens over and over in a way that somehow still got me every time.

It’s clever, and compelling to watch unfold. In embracing a quality-over-quantity philosophy — and, perfecting the anthology’s development process — Little Hope delivers a play experience that I’d argue is not only superior to Man of Medan, but also Until Dawn. (I’m a sucker for brevity, and at 12 hours that was one long Wendigo-cannibalism-fright fest.)

It’s a perk of the horror genre that an apparent flaw can rapidly turn into an intentional schtick, and Little Hope exemplifies that.

Like a haunted attraction back for its second season, it’s clear Dark Pictures is beginning to understand what its creators can and cannot pull off in the space and time frame they’ve been given. The result is a much smoother narrative experience, less bogged down by the technical ambition of a choose-your-own-torment schtick, that allows its other elements to shine. The characters are more believable, the sound design is more engrossing, the visuals are stunningly gorgeous, and the story itself is a huge step up. It’s better, top to bottom.

Of course, some of the schlocky craftsmanship that haunted Man of Medan remains. The QTEs have been, mercifully, given the warning signal fans begged for — but that didn’t stop me from running into multiple instances where I was certain I’d done something fast enough only to be met with a negative outcome. The dialogue, too, runs into occasional hiccups that can leave dangling character interactions that don’t make total sense in the context of some playthroughs.

Oh, and five years into Supermassive’s multiple ending palooza, I still can’t completely grasp their metric system as it is reflected in-game. Bearings, relationships, up, down, it’s still a confusing mess that pulled me out of the game instead of helping me get more invested in it. I appreciate the value in conveying how player choices impact the narrative in a quantitative manner. But this ain’t it.

That said, I did find myself hollowing out a soft spot in my heart for some of Little Hope‘s shabbier corners. It’s a perk of the horror genre that an apparent flaw can rapidly turn into an intentional schtick, and Little Hope exemplifies that.

As with Man of Medan, Little Hope offers three game modes to players: (1) “Movie Night,” or couch co-op; (2) “Shared Story,” or online multiplayer; and (3) “Solo Story,” your traditional one-player format. For my first playthrough, I explored Little Hope with my boyfriend via couch co-op and running into imperfections soon became our favorite part of the game. Fighting about whether something did or did not make sense was fun, and debating whether someone had or had not made the right decision was even more so. (He knows what I’m talking about.)

When I went it alone, I was definitely more annoyed by the “mistakes” I ran into — but I was so eager to explore the multiple endings and assert my decision-making and my decision-making alone that it didn’t ultimately impede my desire to keep playing.

Imperfect as it is, Little Hope has huge replay value and is a genuinely solid option for gamers seeking Halloween plans in 2020. At a price point of $30 and running less than five hours per playthrough, this terrifying tale is a slam dunk for our socially distanced lives that spells exciting things for whatever Supermassive horrors come next. Happy haunting!

The Dark Pictures: Little Hope is out Oct. 30 on PC, PlayStation 4, and Xbox One.