When the San Diego City Council took on the proposed Complete Communities initiative during its last meeting of 2020 (which also was the last meeting for five council members), most of it was approved, save for the parks master plan. Complete Communities has four components: the parks plan, a mobility choices initiative, a housing solutions plan and facilities financing.

Before the reconstituted council hears the parks master plan sometime this year, a group calling itself the Parks and Recreation Coalition, or PARC, reviewed the plan, raised questions, proposed solutions and is circulating its findings to community planning groups.

The La Jolla Community Planning Association, whose president, Diane Kane, is in the PARC group, heard the presentation during its Jan. 7 meeting online.

“We are currently working with the new City Council to explain why this plan is deficient and what needs to happen to make it worthy of San Diego,” Kane said. Because planning groups were not engaged to her liking when the parks plan was in development, the PARC presentation will make the rounds to various planning groups, and that community engagement will be key, she said.

The last parks plan was drafted in 1956, and Kane said the city’s next plan “needs to sustain us for the next 50 years and beyond and … the concern this group had is that the [parks master plan proposal] was not up to snuff.”

Among the primary concerns are that the plan does not provide for additional parkland but adds amenities to existing parks; that the prime funding source is development impact fees and whether that would be enough; and the “confusing” point system for creating parks.

The point system, which also was an issue at the City Council, “is untested, subjective, can be confusing, and we are not sure it is a good measure of whether the parks that are being created are sufficient for the population we have,” Kane said.

Further, a clause was removed from the original plan that Kane said would “protect parks from commercialization and privatization” and the PARC group would like to see restored.

“We’re not against commercial uses, but if we are going to put them in our parks, they should contribute to the park’s recreational value and its purpose,” she said.

She said the plan should re-establish parks-related commissions that have been disbanded and include criteria “that looks at the planning and design of parks with community input so each community gets the park it needs and deserves.”

Arguing that questions could be answered and solutions integrated within three months, she moved that LJCPA endorse the changes recommended by PARC and write a letter to applicable city departments asking for planners to work with local recreation and parks groups.

The item was not listed on the meeting agenda as an action item, but the board voted to amend the agenda to make it one. Kane’s motion passed 13-3.

Those opposed stated concern over how some of the elements are vague and had questions about the suggested funding sources.

City Councilman Joe LaCava, whose District 1 includes La Jolla, said later in the meeting that the parks master plan would not go before the council “anytime soon” but he would keep LJCPA apprised of when it will be heard.

Election: Six trustee seats are up for grabs in the next LJCPA election, which will be held in connection with the March meeting. To be eligible to run for a seat, candidates must have attended three LJCPA meetings in the 12 months preceding the election.

A candidates forum will be held at the Feb. 4 meeting. The end of the February meeting is the deadline for candidates to announce and be listed on the ballot.

Only LJCPA members are allowed to vote.

Trustees David Little and Tom Brady are terming out, Matt Mangano and Jim Fitzgerald have announced they will not run again, and Kane and John Shannon are up for re-election.

Ad-hoc committee: LJCPA formally created an ad-hoc committee to examine coastal view corridors that have been blocked by residential development, vegetation, fences and other obstructions.

Kane said view corridors are listed in the La Jolla Community Plan and that the committee would map and photograph the locations in their current condition, and should there be blockages, report them to the appropriate entities. As issues arise, they would be reported to the city.

Calls grow online for violence ahead of Inauguration Day

Sat Jan 9 , 2021
By Rob Kuznia, Curt Devine, Scott Bronstein and Bob Ortega | CNN “Trump or war. Today. That simple.” “If you don’t know how to shoot: You need to learn. NOW.” “we will storm the government buildings, kill cops, kill security guards, kill federal employees and agents, and demand a recount.” […] 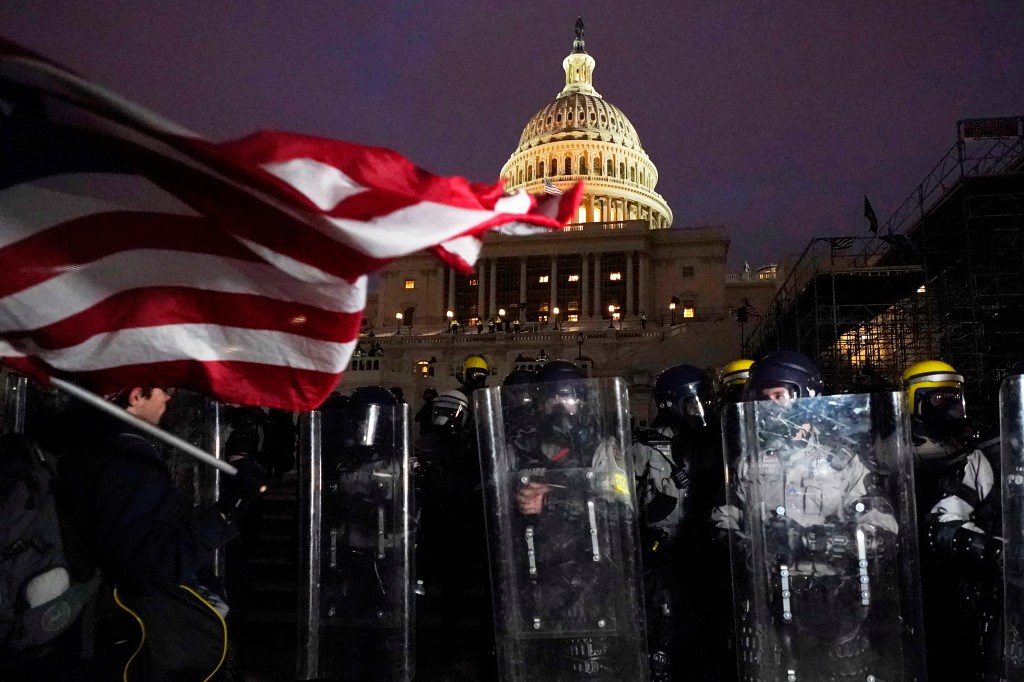