Kylie Jenner defended herself against claims that she called herself a “brown skinned girl” on Instagram.

The makeup mogul originally shared a photo of herself vacationing in Turks and Caicos on Sunday. The caption now reads, “brown eyed girl.”

An Instagram account with the same name and icon as Jenner reposted her picture and captioned it “brown skinned girl,” making it look like the white reality star was promoting an image of racial ambiguity before changing the caption to “brown eyed girl.”

Fans began accusing her of blackfishing, a term used to describe white individuals that attempt to appear Black or mixed-race when beneficial to them.

Jenner has received similar criticism in the past for wearing cornrows, twists, and other styles that are integral to Black culture.

Jenner shut down the claims on her Instagram story, telling fans that never wrote “brown skinned girl” on the photo.

“Saw online someone photoshopped this photo I posted to change my caption from ‘brown eyed girl’ to ‘brown skinned girl,'” Jenner wrote, adding, “I never said this.”

She continued to explain that she edited the caption from two emojis — a white heart and a sparkle emoji — to “brown eyed girl” a “few minutes” after sharing the photo.

“Why do people need to make drama out of everything and invent lies?” one person wrote.

Another added that there only seems to be one screenshot of the photo with “brown skinned girl,” which likely came from the individual that photoshopped it.

In the photo, Jenner was celebrating her 23rd birthday on the island and wore a jumpsuit from Black designer Briana Wilson’s brand, Matte.

While she tagged the brand in the third photo of the post, the Kylie Skin founder has previously been called out for not crediting the Black designers that make her clothes.

During her July vacation to Utah, fans took issue with the fact that Jenner didn’t tag LoudBrand Studios, a Black-owned fashion company, that designed her dress. Some even accused her of deleting comments about the brand.

She later denied the claims, calling fans’ accusations a “reach.”

“Ok this is just a reach,” Jenner wrote on Twitter. “Why would i ever REFUSE to tag a brand and block comments. this is completely false. i think this brand is amazing and i wanted to show support and will continue to do so. everyone go check out @LoudBrndStudios.”

Agouran Of The Hour: Faith Lewis 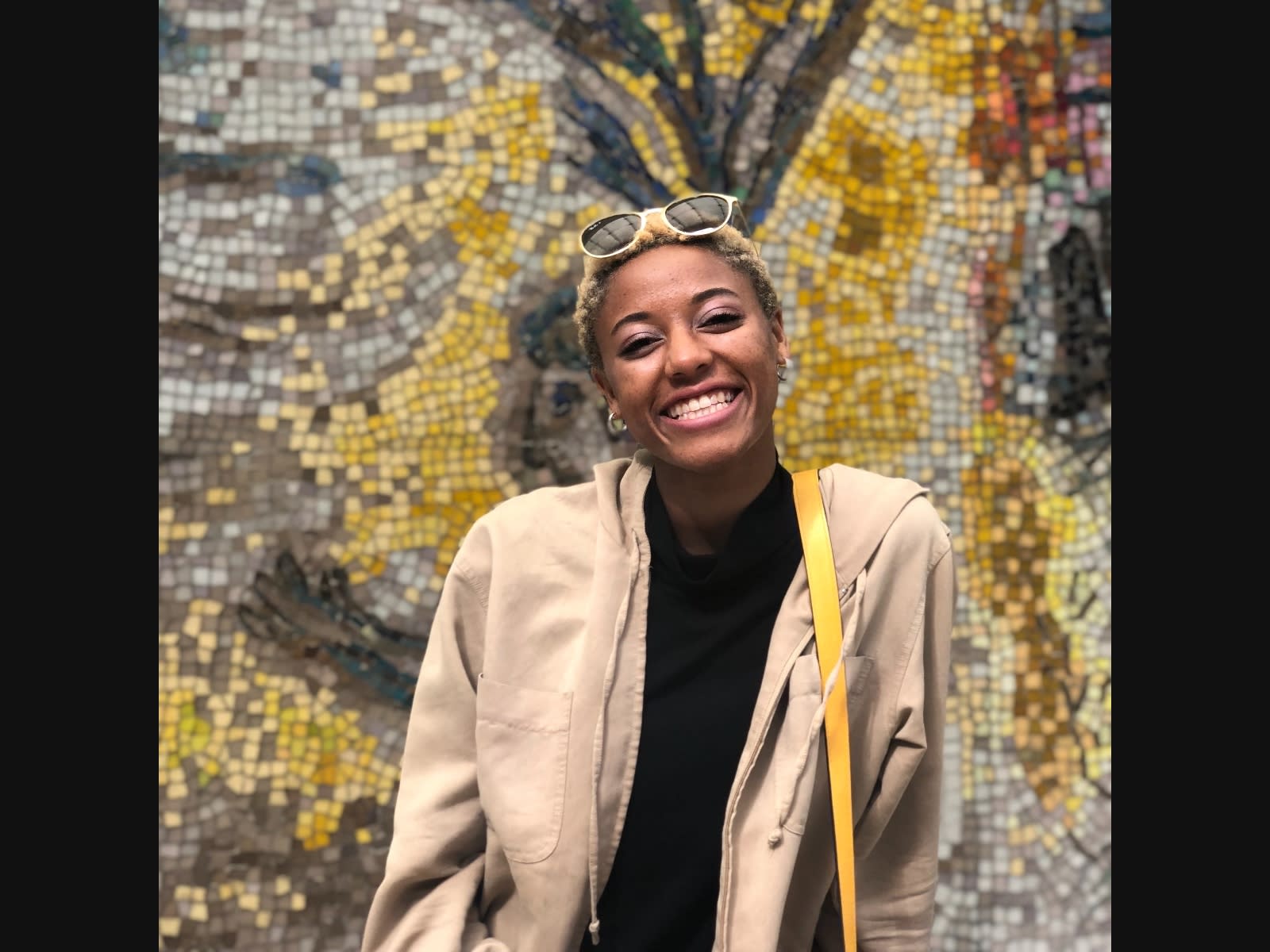