KIM Kardashian revealed she makes more from ONE social media post than she does filming an ENTIRE season of her family’s long-running reality series.

The 39-year-old KKW mogul made the claim just weeks after it was shockingly announced that the upcoming season of Keeping Up With The Kardashians will be their last.

Kim went on the highly-anticipated new season of Netflix docuseries, My Next Guest Needs No Introduction With David Letterman, which will premiere on October 21.

The mom-of-four stunned in a skin-tight long-sleeve leather dress.

She completed her look with large gold hoop earrings, matching stilettos and a long single braid.

The 73-year-old veteran talk show host asked about how KUWTK ending after season 20 will impact the star financially.

However, she assured the comedian that the family does not do the show for the paycheck.

“We would not be who we are today without Keeping Up With the Kardashians and that’s why we continue to share our lives.

“Even if, realistically, we can post something on social media and make more than we do a whole season,” she said of the family’s massive social media presence.

Kim – who has 190 followers on Instagram alone – previously admitted to making between $500,000 to $1million per social media post.

Though the SKIMS founder did not reveal how much the E! series makes the family, TMZ reported in 2017 that their most recent contract was worth $150million.

The hefty amount would be split between Kim, Kylie and sisters Khloe and Kourtney Kardashian along with Kendall and Kris Jenner.

Though the breakdown of their payouts have not yet been released, it’s estimated that each of the Kardashian-Jenner sisters get between $4-5million per season.

Kim broke down in tears during another part of the interview with David as she recalled the terrifying robbery that took place during Paris Fashion Week in 2016.

During the night of the robbery, Kim explained that since Kourtney, 41, was heading out and she was remaining in their hotel room, the POOSH founder took their one security guard.

At around 3 o’clock in the morning, Kim said she heard “stomping up the stairs” and felt “immediate panic” because she knew “someone was there to get me” and that it wasn’t Kourtney.

The KUWTK star explained that after trying to call 911, the robbers entered the room and demanded her to hand over the ring that her husband, Kanye West, gifted her just days prior.

Kim started to cry when recalling how she thought she was about to be assaulted when one of the men “grabbed her” while she was wearing a robe without “anything under it.”

The KKW beauty founder said: “I was like, ‘OK, this is the time I’m gonna get raped. Like deal, this is gonna happen, just prepare yourself.’

“So, I did and then — I don’t know why I’m crying, I’ve talked about this before — and then he tied me up with handcuffs and zip-ties and then duct tape and duct-taped my mouth and my eyes.”

The technology that has been helping TNT Tropang Giga win games

Mon Oct 19 , 2020
CLARK, Pampanga — The TNT franchise changed their monicker from KaTropa to Tropang Giga before the start of the PBA restart to further stress their push for mobile internet usage. In the past, communication through cellular phones were only made with calls and text messages — a reason why the […] 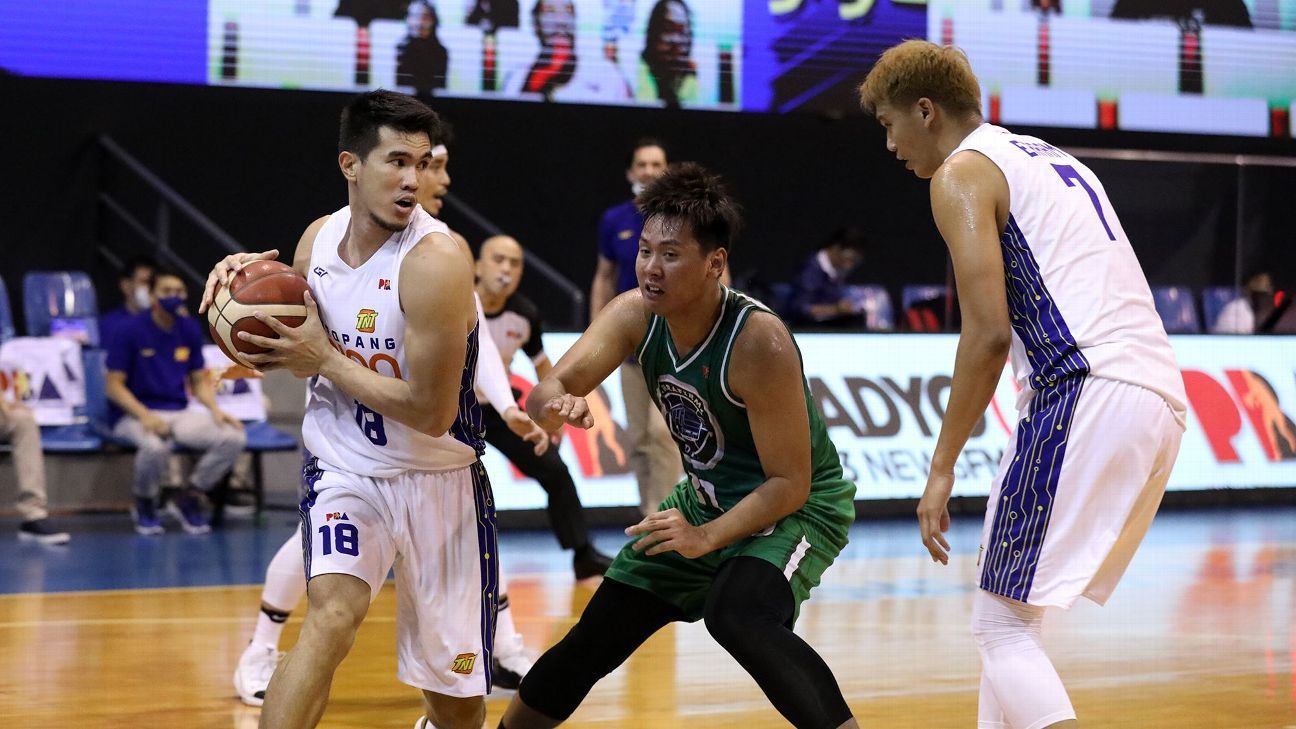