To Jess Hudson, an Ocean City native and year-round resident of the barrier island resort community, the added traffic has been one of the most noticeable differences between this winter and off-seasons in the past.

“You used to come into Ocean City at 5 in the afternoon and there was nobody here,” said Hudson, 32, who often leaves the Cape May County island for his job working on gas lines for a company based farther up the shore. “Now, there’s like a line of cars at the 9th Street Bridge.”

Hudson, who was loading groceries into his pickup truck at the local ACME, was referring to what’s formally known as the Howard S. Stainton Memorial Causeway, the principal link between Ocean City and the mainland. Completed in 2012, the $400 million crossing justifies its cost every summer, when the number of Ocean City inhabitants swells by more than 100,000 above its much sleepier year-round population of 11,000 or so.

The extra traffic over the causeway and on the streets of Ocean City this winter is just one of the changes that the coronavirus pandemic has brought to Jersey Shore communities, where many full-time residents depend on the four months of summer madness between the Memorial Day and Labor Day holidays for an outsized share of their annual income, but covet the peace and quiet of the off-season, when the tourists finally go home.

This winter, like March and April of 2020, the coronavirus has sent city slickers and suburbanites to the beach during the off-season in search of more breathing room, not to mention that cleansing feeling that sea salt adds to the air.

“There’s just something about salt air that clears out everything,” said Donna O’Brien, 63, a nurse from Mount Laurel, who was having lunch at the Ocean City Café with a friend from Pennsylvania.

While O’Brien was a day tripper, countless others have flocked to shore communities this winter on a less temporary basis: booking rental units for weekends or weeks at a time; occupying houses or condos they already own but usually use only in the summer; or buying into a Jersey Shore real estate market super-heated by a combination of low interest rates and high anxiety over living in more densely populated areas and the risk of contracting COVID-19.

“I think COVID woke people up to say, ‘Let’s live for today,’” said Duane Watlington, vice president of New Jersey Shore Rentals Coalition, who is also a property owner and operator of listing services for Cape May County and Ocean counties. “I have a lot of people who’ve always rented down the shore and now they want to buy down the shore.”

Watlington said listings for Ocean and Cape May counties have experienced “huge increases” in winter inquiries, while rentals for his own pair of duplexes on Long Beach Island included a retired couple for a weeklong winter stay, and two bookings by people who weren’t even on vacation, one of them a family with college-age kids for three weeks, and the other a group of three young women planning to spend a week living together while working remotely.

This year’s winter rentals are not only a bonus for him and other shore property owners, Watlington said. They also provide a badly-needed off-season boost for the various shore residents who make their living in support of the rental and tourism industries typically for the summer season. Some of those added bookings are likely to help property owners pay for maintenance, remodeling and different kinds work by shore contractors, landscapers and others, Watlington said.

“My cleaners are happy because now they’ve got work in the offseason, and they’re local,” Watlington said. “It all trickles down.”

Farther north on the shore, in Monmouth County, Belmar Historical Society Trustee Naomi Reissner has noticed both subtle and unsubtle changes this winter compared to the past 20 years she’s been living in the borough year-round.

“I live on a block where almost every other house is a summer home, and in the winter it’s vacant, but not this winter,” Reissner said. “When I would walk my dog at night and I would pass those homes, normally they would be dark at night. And now those lights are on.”

One of the most basic ways life has changed in Belmar this winter is that there’s more of it, said Reissner, who grew up spending summers there with her grandparents and parents. On any sunny day, regardless of the temperature, Reissner said there are noticeably more people out on the beach and the boardwalk. At the same time, she said, there aren’t any more cars than usual parked along Ocean Avenue, suggesting that many of the additional boardwalk strollers and surf gazers live in town.

Back in Ocean City, Frank Wilson was riding his mountain bike on the boardwalk near the Ocean City Music Pier. Wilson, 69, a retired maintenance mechanic at Playland’s Castaway Cove who also lives in the city, was among the many people walking and riding on the boardwalk under Wednesday’s sunny skies.

“Since the pandemic hit, the population’s exploded,” he said.

Wilson wasn’t bothered by the newbies, though. He said they were good for off-season businesses, like The Original Fudge Kitchen, part of a Jersey Shore chain of fudge and chocolate shops.

“A place like the fudge shop?” Wilson said. “Who the hell is going to come down and not get fudge and salt water taffy?”

Some do just that, said sweet shop’s manager, Martin Garvalov.

“For the past two years it’s been a lot busier here,” said Garvalov, 34, of Egg Harbor, referring to this winter and the end of the last one, when the coronavirus first emerged in New Jersey.

Garvalov started working summers on the Jersey Shore from his native Bulgaria 14 years ago and now lives and works in the Garden State year-round. He said sunny weekend days have been particularly busy this winter on the boardwalk and in the shop. “You can see some people during the week as well,” he added, noting that newcomers seem particularly taken by the wild surf in foul weather.

“You’d be surprised even at the people who come to look at the ocean in a storm.”

The owner of the Ocean City Café, where Donna O’Brien and her friend were having lunch, said she had noticed “a slight uptick” in business this winter compared to the last five that she’d been in business. A more pronounced increase, said the owner, Beth Reyna, has been the number of people out on the street, especially on sunny days.

“We still have some tables outside and in other winters we would never think of doing that,” said Reyna, who lives on the Atlantic County mainland in Somers Point, on the other end of the causeway.

At the ACME, Ocean City year-rounder Beth Ravelli was loading groceries into her SUV. Ravelli grew up in Ventnor, which shares the next barrier island up the coast with Atlantic City, in Atlantic County. She then moved inland for several years to the Dorothy section of Weymouth Township, before settling back on the shore in Ocean City 13 years ago.

Ravelli loves the relative tranquility of the off-season and the close-knit nature of the year-round population, which is diluted in the summertime by tens of thousands of visitors there for a good time and a tan.

“The winter’s wonderful on a small island,” she said. “Everybody looks after each other.”

Ravelli said the pandemic-driven influx of off-season neighbors has meant some minor inconveniences. It can take more time to pick up a pizza or dry cleaning, for example. But she said her warm feeling of community hadn’t been chilled this winter by a few new faces around town, at least not compared to the summer throngs that are a given on the shore.

“There are longer lines,” Ravelli conceded. “But I still just love being here. And you just wait your turn. But wait ‘til July, then there’ll definitely be longer lines.”

Our journalism needs your support. Please subscribe today to NJ.com

Steve Strunsky may be reached at [email protected]

Sat Feb 13 , 2021
If you’ve ever found yourself out and about in the winter wishing you had a steaming cup of coffee to warm you up and energize you, there’s a new product on the market that will make that happen no matter where you are. The new Self-Heating Can from High Brew […] 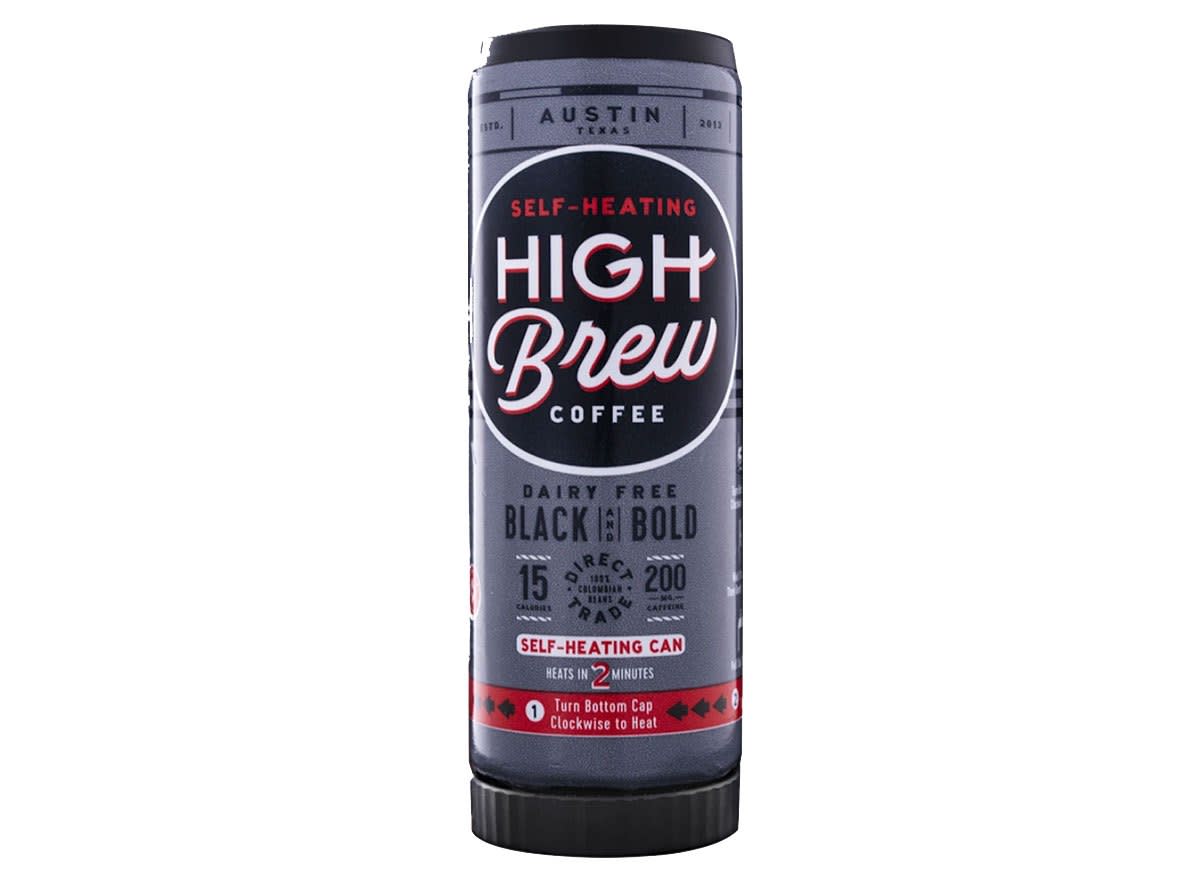