He explained that he and his son, Keyon Harrold Jr., were coming downstairs from their room to enjoy a Boxing Day brunch at the hotel where Harrold has been staying since mid-December in hopes that the change in scenery from his Long Island City, Queens, home would spark some creativity, according to an interview with The New York Times on Sunday.

In his Instagram caption, Harrold explained that the woman had checked out of the Arlo hotel on Dec. 23 and was technically no longer one of its guests. “Now watch as the manager advocates for the lady who is not even a hotel guest, insisting and attempting to use his managerial authority to force my son to show his phone to this random lady. He actually empowered her!!! He didn’t even consider the fact we were actually the guests!” he wrote alongside the video. The New York Times reported that an Uber driver found the woman’s phone later that same day, and Harrold said she had picked it up from the hotel.

“I wonder what would happen if it were different, if it were a Black woman and there was a white 14-year-old,” he said during the interview, going on to say he believed they had been racially profiled by the woman, despite not knowing her race. “I’ve seen people be hurt or even killed for less.”

The viral video, which has been played more than 1 million times since it surfaced online two days ago, received support from Questlove, PJ Morton and other famous musicians in the comments section. In a follow-up note on Instagram posted Sunday, Harrold reshared a caption written by the teenager’s mother, Katty Rodriguez, a renowned saxophonist who’s also performed with Beyoncé, that explained how the video garnered even more critical attention from the hotel itself.

“The only reason we decided to go public and post on social media was because the hotel which had a security guard on duty let this young lady leave while waiting for the police to respond after she assaulted my son several times which is not seen on this video because my sons father dropped the phone to protect our son!” she wrote on Instagram. “Not until they were faced with scrutiny through social media did they answer a post on Instagram. They answered a post on Instagram instead of going to my son and his fathers room which they were still checked in.”

The hotel, which Harrold confirmed he was moving out of, issued a formal apology to the musician and his son: “We’re deeply disheartened about the recent incident of baseless accusation, prejudice and assault against an innocent guest of Arlo hotel,” the statement read. The New York Times also confirmed that police officials received a report of Saturday’s incident and were currently investigating it.

Harrold and Rodriguez also shared a message of gratitude for their “tribe” supporting them in trying to identify the woman from the video and holding Arlo hotel accountable for their actions, or lack thereof. “With that being said, let’s make sure we aren’t doing what we are fighting against, which is accusing a woman before she is proven guilty,” their note read.

Joy Survives: Your Positive Moments From 2020

Fri Jan 1 , 2021
The coronavirus pandemic has killed more than 1.3 million people around the world. Millions more have lost their jobs, and governments have offered uneven support. In the United States, a reckoning with race and discrimination poured into the streets during the summer, and its effects have rippled into the fall. […] 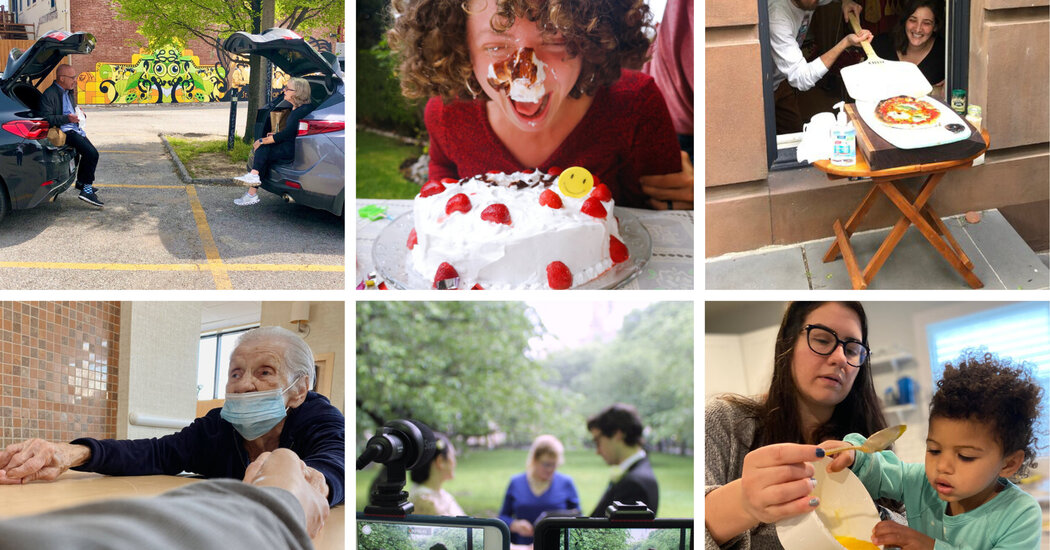