Jameela Jamil is hitting back against the British tabloids, this time over reports that alleged she and her boyfriend, musician James Blake, are self-quarantining with Meghan Markle and Prince Harry at their new home in Montecito, Calif.

“Went to a hotel in SB for a romantic getaway with my boyfriend,” The Good Place star tweeted on Thursday, Sept. 3, “and have seen 8 days of articles with increasingly ridiculous stories, none of which are consistent, none of which make sense… (all to now create the lie that she controls me and coordinates my every move.)”

Mocking their supposed status as “best friends now living together during lockdown,” Jameela continued in a separate Instagram post, “I’ve met this woman once ever.”

Jameela then claimed she and her family have been harassed by the press over her public support of the Duchess of Sussex.

As the actress described, “Since the first time I spoke out against the UK (mostly tabloid) media over their racist behavior towards her, I’ve been subjected to press harassment, my family started being harassed and offered money for dirt on me within a week of my first tweet in defense of her.”

“What has followed has been a plethora of lies and rumors about me, set up to discredit me as an individual and convince people I am ‘crazy’ to devalue my opinion to anyone who may realize I am right,” Jameela wrote.

According to Jameela, the British press is manipulating the truth about her ties to Meghan in order to further their own agenda.

“Now they are hyperbolizing some relationship they have decided I have with her to make it seem as if i am saying these things out of ‘loyalty’ rather than because it’s right to call out misogyny and racism when you see it because an attack against her, is an attack on all WOC/Black women,” she shared on Instagram. “She’s the symbol of hope and power to be deconstructed before any of us get any delusions of grandeur.”

Jameela has long defended Meghan from online scrutiny, which seems to have only increased following her and Harry’s return to the U.S. after breaking off from the royal family.

In fact, the former Suits star asked Jameela to appear on the cover of British Vogue‘s “Forces for Change” issue, which Meghan guest-edited.

Reflecting on an “out of the blue” phone call she received from Meghan about her participation in the magazine, Jameela described her as “warm, kind and actually very LOLs.”

“I had never met her before, but we chatted very openly,” Jameela explained to Grazia in 2019. “She told me how important gender equality was to her.”

Thu Sep 3 , 2020
Rep. Clay Higgins, R-La., in Rayburn Building on Tuesday, April 9, 2019. Tom Williams/CQ Roll Call Facebook removed two of Congressman Clay Higgins’ posts for “violating our policies against inciting violence” after he suggested killing armed demonstrators if they showed up to a Louisiana protest. “One way ticket fellas. Have […] 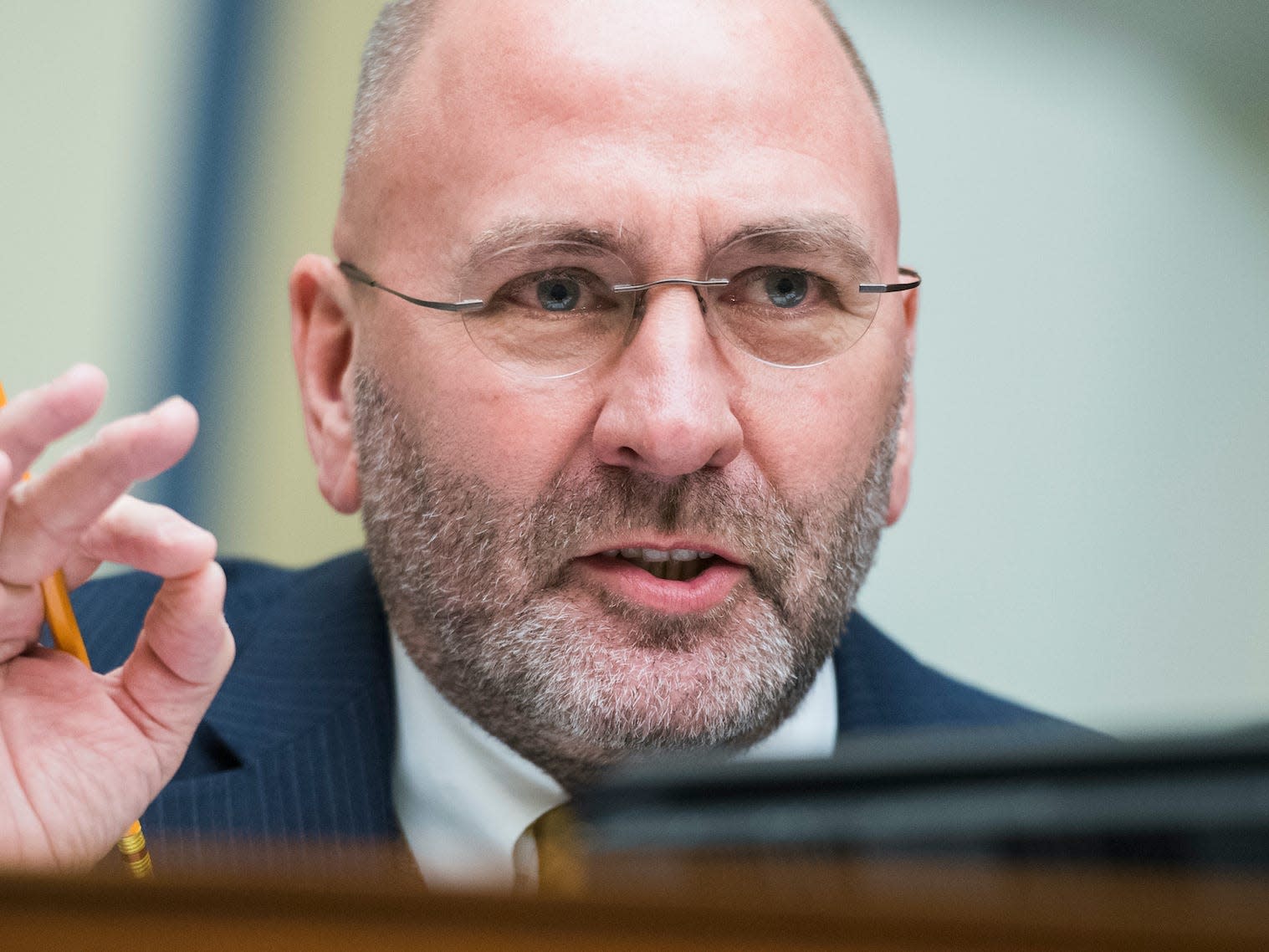